Found in a Cemetery: A New Species of Beetle - Atlas Obscura
Want to see fewer ads? Become a Member. 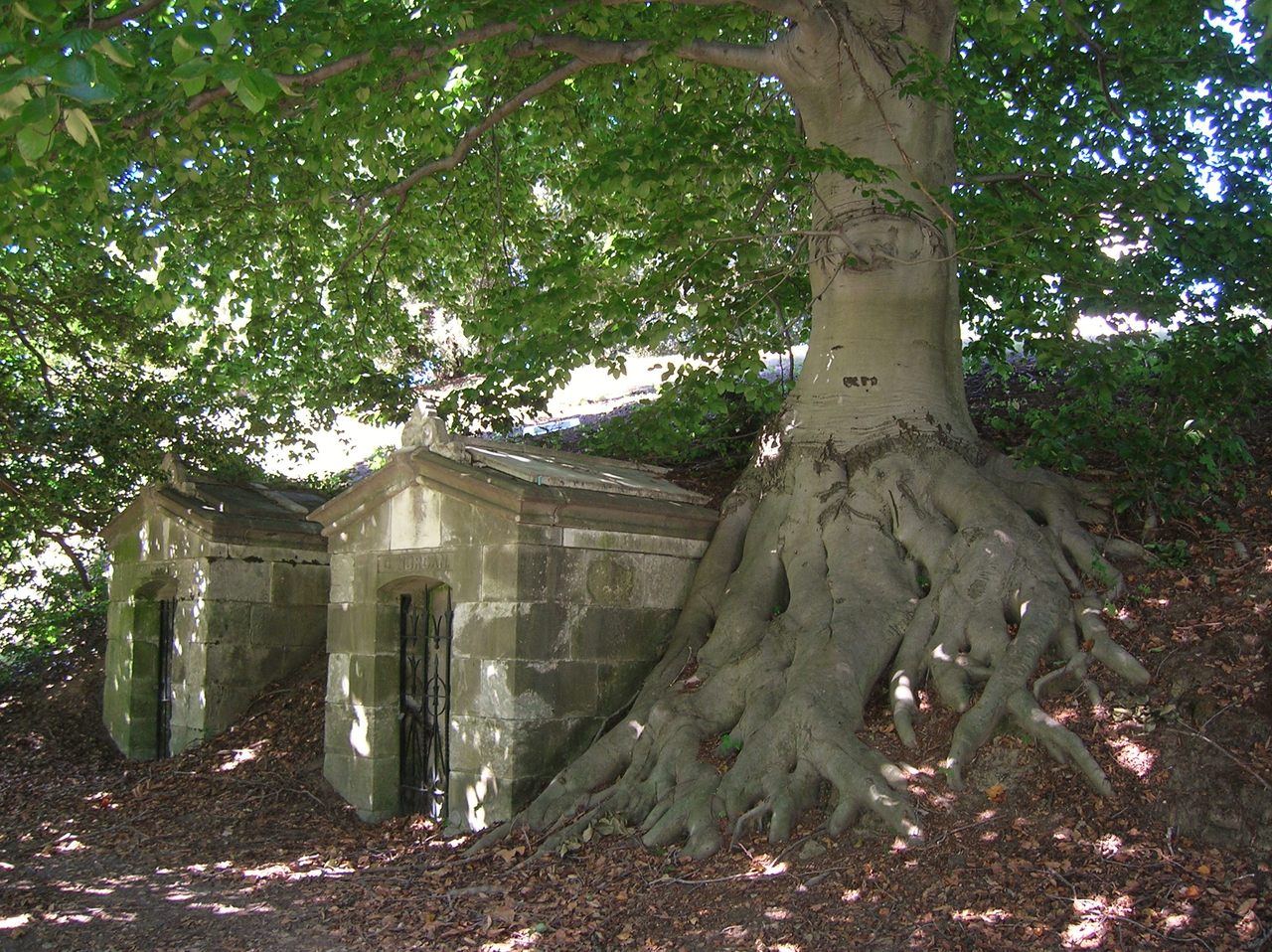 A European beech tree in Green-Wood Cemetery. Msact/CC BY-SA 3.0
In This Story
Place

A Victorian cemetery in the heart of Brooklyn remains a popular mecca of morbid curiosity.
Destination Guide

The U.S. Forest Service (USFS) discovered the species in 2017, the Brooklyn Paper first reported, during a survey of the cemetery, a National Historic Landmark and accredited arboretum that is home to more than 7,000 trees. Agrilus beetles are well-documented around the world, says USFS forest health technician Marc F. DiGirolomo, with several hundred species identified in North America and more than 3,000 more around the world. But as DiGirolomo studied 9895 under a microscope, he saw that something wasn’t quite right—it was unlike its known cousins. DNA analysis narrowed its closest relatives down to a small group of Agrilus species in Europe, but DiGirolomo says that even those are sufficiently different from 9895 in size, shape, color—and genitalia.

The key distinction, however, lies in 9895’s choice of home—European beech trees. Though the beetle’s close cousins are European, none are known to bore into European beech, and DiGirolomo says that 9895 could not have ended up in the tree by accident. Wood-boring beetles, he says, “have evolved over thousands of years to have specific relationships with different kinds of trees.” A beetle like that is far more likely to die than find a replacement tree. And while there are other Agrilus beetles who like European beech, DiGirolomo says they clearly belong to other species as well. That leaves only one option, that in the middle of Brooklyn, in 2019, scientists found a completely new species of bug.

The tree hosting the 9895 specimens—eight of them, to be exact—“was stressed out a little bit,” says DiGirolomo. Some of the outer branches were missing leaves, and other foliage appeared to be yellowing prematurely. It’s not clear whether the beetles caused this damage or simply capitalized on it, but Agrilus beetles can definitely wreak havoc on a tree when given the chance. DiGirolomo points to the emerald ash borer (Agrilus planipennis), for example, as a “tree-killer” that has caused “unprecedented damage” in Michigan. While more work remains to determine the extent of the threat posed by 9895, its discovery comes at a time of increased arboreal concern for Green-Wood: One of its trees was recently diagnosed with the oak wilt disease.

Though it’s possible, admits DiGirolomo, that 9895 is native to the region, its similarities to European species and its preference for European beech trees strongly suggest that it was carried from across the Atlantic. It’s only fitting: Also buried in Green-Wood is John D. Sloat, a 19th-century Navy commodore who was tasked with establishing a naval base safe from destructive, wood-boring shipworms. Within decades, however, the worms were gnawing their way into Sloat’s supposed sanctuary.

30 Years On, the 'Worst Car Ever Built' Has a Fervent Fan Club

After thousands of years, the Fortingall Yew may not have much longer.
cemeteries

When nature and secret societies get together.
insects

Can a War of the Wasps Save Hawai‘i’s Wiliwili Trees?