Notes From the Field: Albany Bulb - Atlas Obscura
Want to see fewer ads? Become a Member.
In This Story
Place

An "anarchical" no man's land, complete with garbage sculptures and a hobo-run "Landfillian Library."

Once home to a large and elaborate homeless encampment, the Albany Bulb is now an eclectic showcase of outsider artwork and odd structures. Located just off the shore of Albany, California, the Bulb was once a city landfill, part of a formerly common practice of infilling the shallow bay waters with construction debris and excess soil, primarily from civil infrastructure projects. The small, manmade peninsula juts into the bay, with a narrow neck and bulbous end, giving it its name. Objections from local residents brought an end to the site’s use as a landfill in the 1980s, and the following decade saw an influx of homeless people on the Bulb. By 1999, a large and unusual shantytown was in place, and the beginning of an outsider art community was born.

City officials displaced most of the residents in the early 2000s, and the homeless encampment no longer “officially” exists, although it is obvious to any visitor that there is still a core population creating a home on the Bulb.

Despite all the news stories and public outcry, most locals do not even realize that the Albany Bulb exists, let alone that it is a haven for some of the Bay Area’s best outsider art. After hearing stories about this hidden wonder, and the uncertainty of its future, I set out to see it for myself. 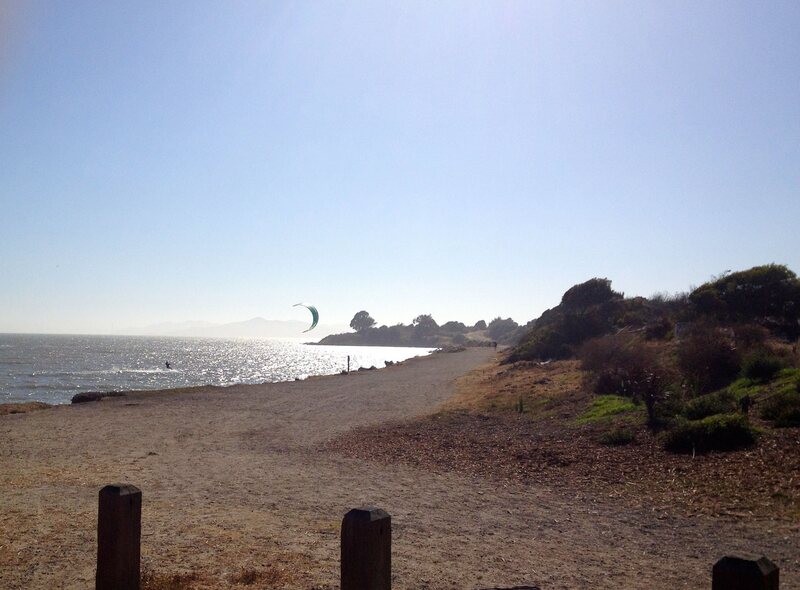 Today, the Albany Bulb is popular with locals out walking their dogs and urban explorers alike. From the entrance to the walking trails, there is almost no sign of the eclectic wonders beyond. To one side, large driftwood and salvage sculptures stand watch over the beach. A mighty dragon faces the bay. A concrete “castle” stands guard over the opposite shore from the driftwood beasts. My favorite part about this visit is that this was described to me as a “teeter-totter.” At the end of the Bulb, a small labyrinth greets the intrepid visitor, with a view of the bay.

Today, the exact fate of the Bulb is uncertain. A small population still keeps an active encampment, and the art comes and goes with the seasons. City leaders, homeless activists, and arts organizations all have interests in the land, but as it stands, it seems to remain something of a no man’s land. Structures like the Castle are not actively maintained, and it is not known how long they will remain intact.

Albany Bulb is open to the public, with easily accessible walking trails. Expect to run into locals who still call the Bulb home, and may wish you to not walk through their “homes.”

All photos by Annetta Black/Atlas Obscura

Seeing Through a Glass Clearly: The Evolution of the Microscope at the Grolier Club