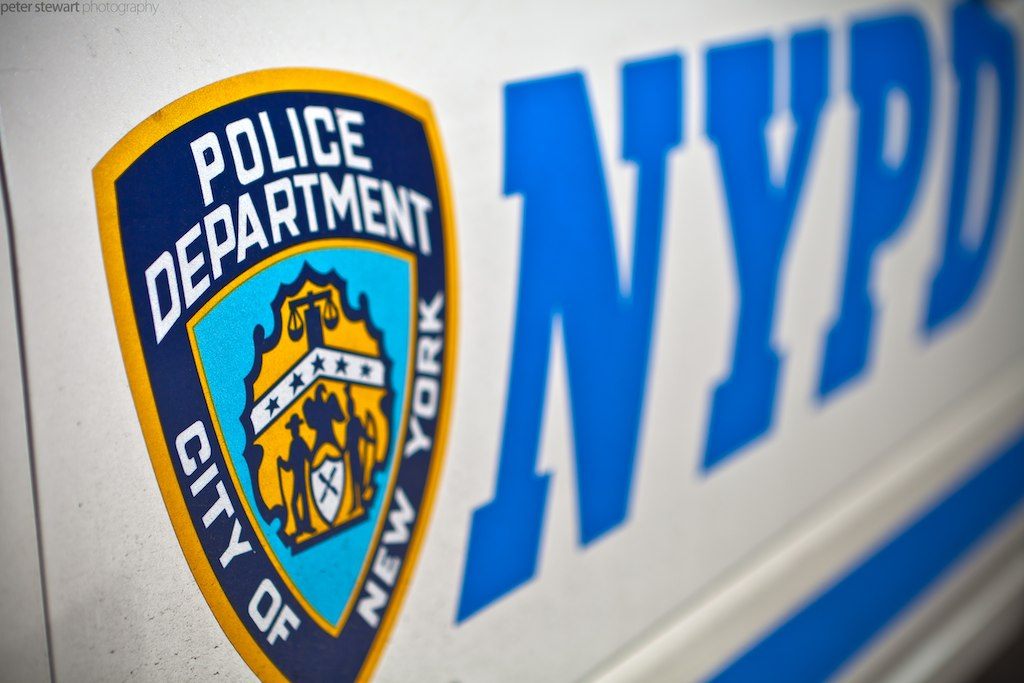 In early June, an ice cream truck jingle rang out in Brooklyn, yet it drew no children, produced no soft serve, and evoked no nostalgia. It was midnight, and it came from an unmarked NYPD cruiser.

It was the third night of an 8 p.m. citywide curfew, issued by Mayor Bill de Blasio, ostensibly to curb looting and violence. Despite the order, peaceful protests continued well past 8 p.m. It was around 11 p.m. in the historically Black neighborhood of Crown Heights that police officers descended upon a group of protesters headed home. Sounds from the street brought Taylor, who wished to have his last name redacted, and many of his neighbors to their porches and windows.

“At least six cop cars showed up, and a few dozen cops in full riot gear popped out with their batons and started tackling and aggressively detaining the protesters,” says Taylor. “It was just sheer violence.” He says neighbors broke out in Black Lives Matter chants while the arrests took place, such as the call-and-response “No justice! No peace!” In response, says Taylor, the police taunted the neighbors. “They were yelling back, like, ‘Is that all you got?’”

The cruisers dispersed around midnight, though one unmarked car remained in front of Peter Chinman’s apartment. “They couldn’t start their car, and all the people in the surrounding buildings started really jeering at them,” he says. When they finally got the engine running, however, they made a curious exit. “They drove off giving everyone the middle finger, while playing the ice cream truck song.” A video of their departure taken by a separate witness and posted on social media immediately garnered thousands of likes and comments.

The next night, I heard the jingle as well. At 2 a.m., the unmistakable melody emanated from an N.Y.P.D. cruiser rolling slowly down a Bedford-Stuyvesant thoroughfare framed by housing projects. I returned to the Instagram post to find an outpouring of similar testimony. “They’re playing this in Harlem every night,” read one comment. “This is not an isolated incident,” read another.

So, why are police officers blasting this jingle from their cruisers in predominantly Black neighborhoods? As of the time of publication, the NYPD has refused multiple requests to comment. But with the nation in the midst of a racial reckoning, it may be illuminating to look at the melody’s place at the intersection of ice cream and Black history.

The tune many recognize as “Do Your Ears Hang Low?” first reached American shores with an influx of Scots-Irish immigrants in the 1700s; it was originally a fiddle song called “The Rose Tree.” Early Americans took kindly to the meandering melody, and by the early 1800s it became “Turkey in the Straw,” a playful exploration of rural Appalachian life. The jingle was borrowed again later in the century for an altogether new, and uniquely American form of entertainment: traveling blackface minstrel shows.

As Theodore R. Johnson writes for NPR, the earworm lost its innocence in the 1820s when it became “Zip Coon.” The song introduced a blackface character of the same name who, after finding freedom and moving into a metropolitan setting, clumsily attempted to fit into white society with fancy clothing and big words. By the time of Andrew Jackson’s presidency, “Zip Coon” was the most popular song in the United States.

The success of the melody as a vessel for white supremacy hit a fever pitch in 1916 with Harry C. Browne’s “Nigger Love A Watermelon Ha! Ha! Ha!,” released by Columbia Records. Oddly enough, music of this ilk found a happy home in American ice-cream parlors.

When Johnson’s article went viral in 2014, detractors argued that ice cream trucks were, surely, only playing the innocuous “Turkey in the Straw.” Yet as Johnson points out in a follow-up article, early-20th century sheet music for “Turkey in the Straw” featuring racist imagery proves that “Zip Coon” had made such a splash that even the once-innocent song leaned into its more problematic connotations. As Johnson wrote, “There is simply no divorcing the song from the dozens of decades it was almost exclusively used for coming up with new ways to ridicule, and profit from, black people.”

So is the NYPD playing this storied jingle as a joke, by coincidence, or as an obscure dog whistle? A quick survey of officers’ sense of humor suggests it could be the latter.

The NYPD’s challenge coins—small, members-only medallions bearing departmental insignias and slogans—offer a look at both a rich trove of departmental inside jokes and how they view the civilians in their jurisdictions. East Harlem’s 25th Precinct covers several drug-treatment clinics, an area they call “Zombieland.” The Bronx’s 42nd Precinct depicts themselves (“Warriors of the Wasteland”) as muscle-laden vikings beating criminals with spiked bats.* A “Justified 4X” coin pays homage to “supercop” Ralph Friedman, who killed four people on duty between 1970 and 1984, one of whom was a burglary victim who called the police for help.

The department’s impressive grasp on even antiquated racist tropes is public record as well. From displays as conspicuous as wearing blackface while tossing fried chicken and watermelon into a crowd from a Labor Day Parade float in 1998, to more subtle ones like flashing white-supremacy symbols at recent George Floyd protests, many NYPD officers have used an array of blatantly racist imagery. In 2015, a federal monitor tasked with overseeing police reform within the NYPD recommended new training that included “Do not tell or tolerate ethnic, racial, or sexist jokes.”

The ice cream truck jingle’s history is as complicated as it is obscure. And while a look at the NYPD’s historic sense of humor is telling, the officers’ exact motives for playing the song in today’s climate remain uncertain. For the time being, however, we can all agree that the jingle is best left to those who actually sell ice cream—or better yet, no one at all.

*Correction: This article previously listed the NYPD’s 42nd Precinct as being in Queens. It is in the Bronx.

*Update 6/18: This article has been updated to specify that the song should not be played, even by ice cream trucks.

He's a towering figure in history, but his story is far from complete.
murals

They tell a ground-level story of how peaceful movements led to social change, and how much remains to be done.
More Food & Drink
New York, New York