Objects of Intrigue: Diary of a Body Snatcher - Atlas Obscura
Want to see fewer ads? Become a Member.
In This Story
Place 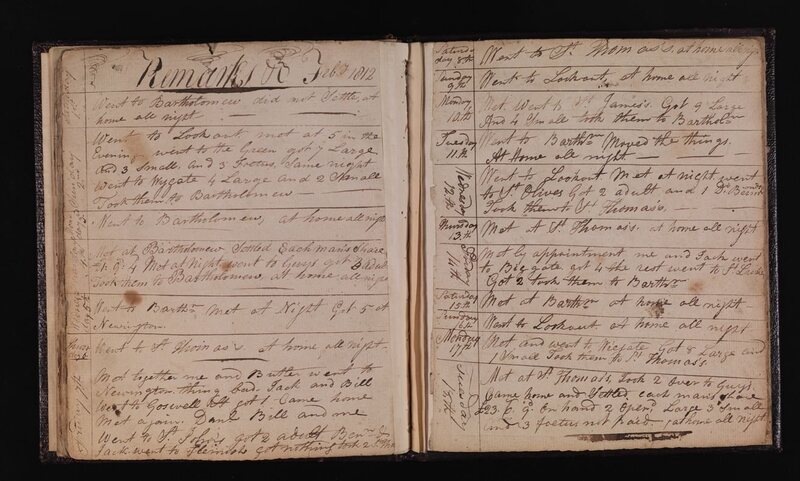 Fresh bodies were in demand in the 19th century. As the study of the surgical arts flourished in universities in Britain and Scotland, the number of bodies desired for anatomical lectures and study quickly outstripped the supply of legal bodies, procured from capital punishment. Seeing a market opportunity and a misdemeanor infraction, enterprising souls went into the business of providing bodies to the Anatomist by means of clandestine, midnight removal of the recently deceased from local cemeteries.

In this pre-refridgeration era, only the freshest bodies would do, so the so-called “Resurrection Men” would scope out funerals, and then move in as soon as the coast was clear. It was only after the horrors of the Burke and Hare “Anatomy Murders” in Edinburgh in 1827-1828 that the public outcry was enough to cause a change in legislation.

The Anatomy Act of 1832 effectively put an end to body snatching for science, giving surgeons legal options to procure unclaimed bodies as well as those of prisoners and from poor houses.

Joseph Naples was a Resurrection Man during the height of demand for bodies in London, as well as an unlikely diarist. Hunterian Museum Archivist Louise King told us more about this extraordinary journal:

The diary was presented to the Royal College of Surgeons of England by Sir Thomas Longmore, a dresser to Bransby Cooper in his early days. Bransby’s uncle, Sir Astley Cooper was closely associated with resurrectionists of the time, and Bransby investigated the resurrectionists when researching a biography of his uncle. 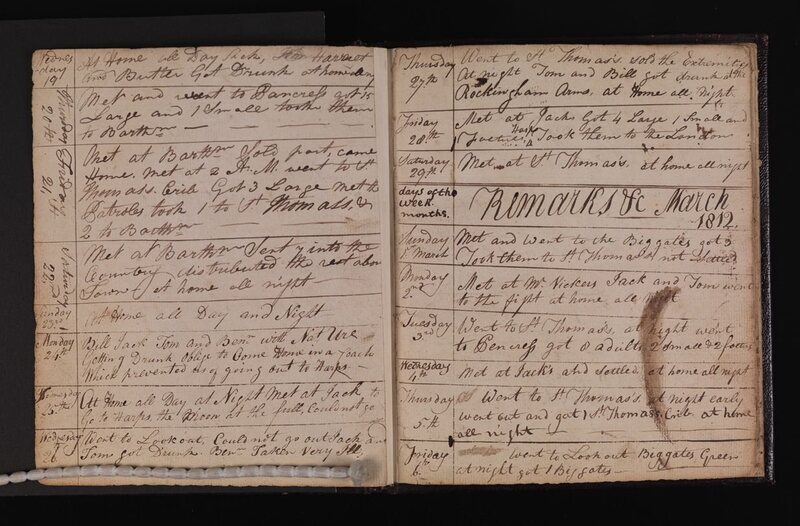 Took 2 of the above to Mr Brookes & 1 large & 1 small to Mr Bell. Foetus to Mr Carpue. Small to Mr Framton. Large small to Mr Cline. Met at 5, the Party went to Newington. 2 adults. Took them to St Thomas’s.*

Separated to look out, the party met at night…Willson, M. & F. Bartholm, me, Jack and Hollis went to Isl [ingto]n. Could not succeed, the dogs flew at us, afterwards went to [St] Pancr [a]s, found a watch planted, came home.

The author of the diary, probably Joseph Naples, was a Resurrectionist (grave robber) supplying bodies to anatomy teachers, and was active from 1811 until 1832. The 1832 Anatomy Act made him redundant and he went to work in the Dissecting Room at St Thomas’ Hospital.

The entire diary has been photographed and this is provided for researchers to view instead of the fragile original. 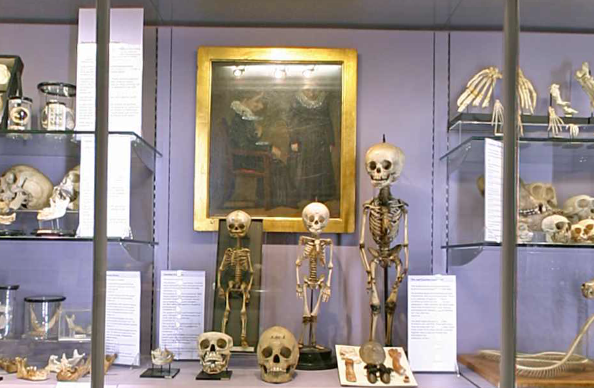 Related materials: Text of the diary is published in: The diary of a resurrectionist 1811-1812: to which are added ‘The Resurrection Men in London’, and a short history of the passing of the Anatomy Act James Blake Bailey (London, Swan Sonnenschein & Co, 1896); also in “The Inhumanists” by Cecil Howard Turner (pub. 1932).

Louise King is Archivist at the Hunterian Museum, London.

SEE IT FOR YOURSELF: HUNTERIAN MUSEUM, LONDON, Atlas Obscura

In the archives (not on display) at Hunterian Museum & Archives, Royal College of Surgeons. Access available to bona fide researchers by written appointment- due to the fragile nature of the original diary researchers are now only permitted to view an electronic copy of the diary. No photocopying permitted

Death By Food: An anthology of remarkable food disasters

A creepy form of parasitism is one of evolution's favorite strategies, and scientists are starting to figure out how it works.
31 days of halloween

From quicklime to boiling to bugs.
cemeteries

Where to go for an education in grave robbery, the grisliest chapter in medical history.
body snatching

How The Medical Cadaver Finally Got the Respect it Deserves

The rise and fall of medical cadaver ceremonies.
Want to see fewer ads? Become a Member.
From Around the Web
THE GASTRO OBSCURA BOOK
Taste the World!
An eye-opening journey through the history, culture, and places of the culinary world. Order Now