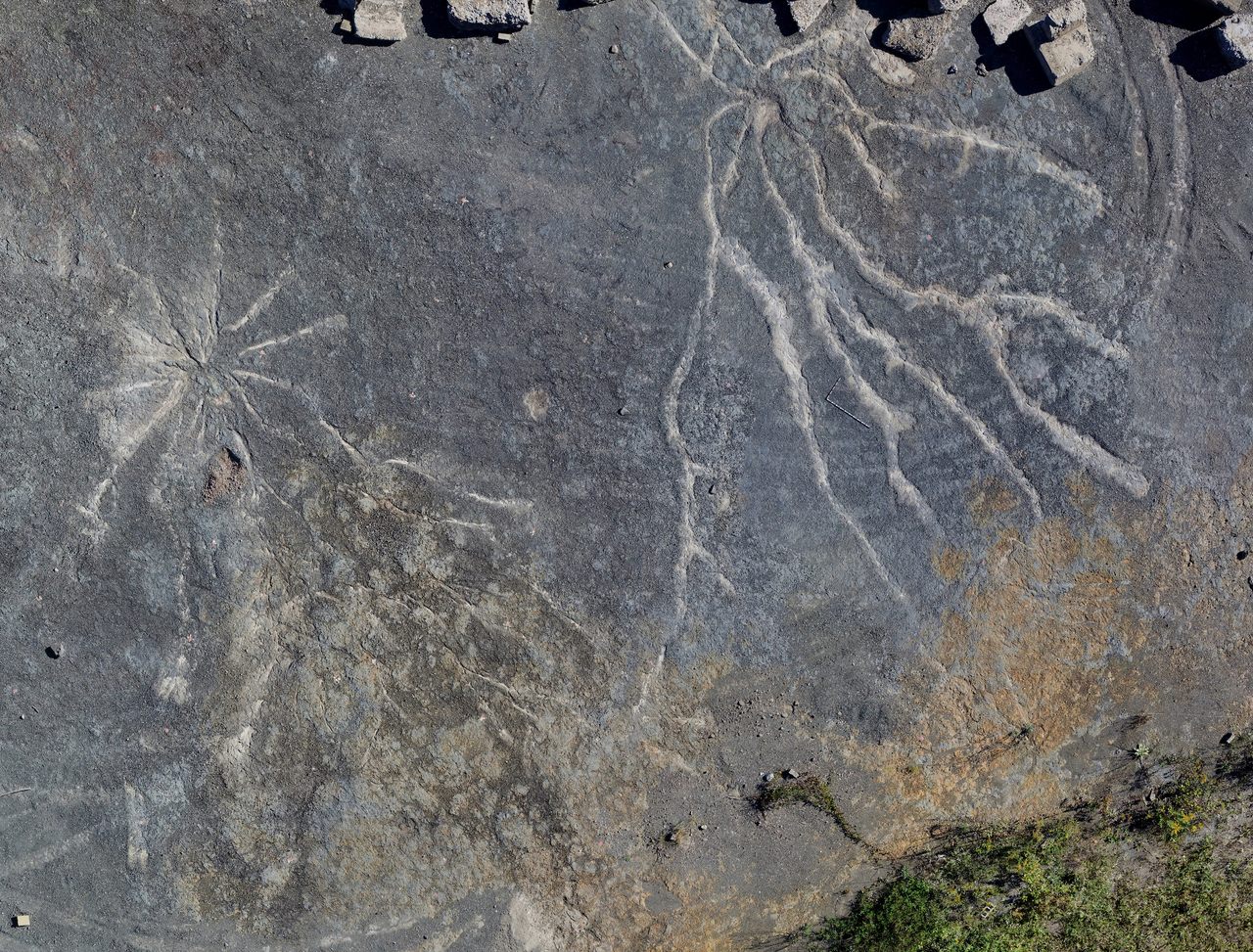 If you woke up one day and found yourself rocketed back to the dawn of the Devonian period, more than 419 million years ago, you would encounter a forest-free world. Before there were leaves and woody trunks, there were other things, like carpets of fuzzy green mosses and ferns, unfurling their fronds. Trees arrived a little later.

Scientists want to understand the earliest forests, including one that sprouted in present-day Cairo, New York, by the mid-Devonian, about 385 million years ago. But today, the landscape is full of the usual suspects of an Eastern hardwood forest: maples, oaks, beeches, and birch. Modern-day trees bear little resemblance to the plants that could have survived there when the climate was much different, and the region was a temperate wetland that sometimes flooded.

What researchers do have at their fingertips at the Cairo site, an abandoned quarry, is roots—massive, sprawling systems of them, preserved in fossil soil. In a new paper in Current Biology, a team led by William Stein, an emeritus biologist at the State University of New York’s Binghamton University, point to the root systems as proof that the some of the plants that one sprouted on this site were important precursors to modern forests.

Reconstructing a picture of an ancient forest is like assembling a massive jigsaw puzzle with a ton of tiny pieces, many of which are missing. Stein draws a comparison to paleontologists studying dinosaur remains. You have the body evidence—the bones—and perhaps some tracks, which provide evidence of a creature moving through the world. “The body tells you what they were capable of doing, and footprints tell you what they were in fact doing,” Stein says. For plants, “body evidence” might include a fossilized leaf or trunk—but on its own, that’s only a snippet of a larger story. “A couple leaves here or there, you wouldn’t even know what they were connected to,” Stein says.

The roots that hung around in the fossil soil, also known as paleosol, are “essentially footprint evidence,” Stein goes on. “We know that [those plants] were living at that time and place together.” At the Cairo site, Stein’s team identified several types of root systems. They found some from Eospermatopteris, for instance, a palm-tree-like plant with a simple root system that is well-documented at the fossil forest in Gilboa, New York, about 40 minutes away. (Before the discovery of the Cairo fossils, the Gilboa site was considered a remnant of the oldest-known forest on the planet.) But the star of the show were the roots of a plant from the extinct genus Archaeopteris. These roots were deep and expansive, stretching up to 36 feet across the fossil soil. The researchers suspect that several diverged from the base of central trunks. From the air, they look like the gray beds of branching rivers, or the arms of a wriggling octopus.

Though the Archaeopteris roots at Cairo predate the fossils at Gilboa, in some ways these plants were more modern. The Archaeopteris plants had a vascular system in their wood, as modern seed plants do, Stein says, but in place of seeds, they had branches stippled with spores, stored in little cone-like structures, a bit like simpler versions of modern conifers. They also had leaves, Stein adds, which might have looked a bit fan-like, similar to a gingko. Compared to the roots of the trees that grew at Gilboa, these ones have a lot more going on.

In an interview with Science, Patricia Gensel, a paleobotanist at the University of North Carolina in Chapel Hill, said that the Archaeopteris fossils push back the origins of some features of modern plants by up to 20 million years. “Woody trees with leaves that can produce shade—and a big rooting system—is something fundamentally modern that wasn’t there before,” Stein’s coauthor Christopher Berry, a paleobotanist at Cardiff University in the United Kingdom, told Science. Forests fundamentally changed the planet, causing carbon dioxide levels to drop, and nudging oxygen levels up. By wandering around these old root systems, scientists are getting a snapshot of a long-gone world that shaped our present one.

"What we’re most concerned about is things can still get worse.”
Video