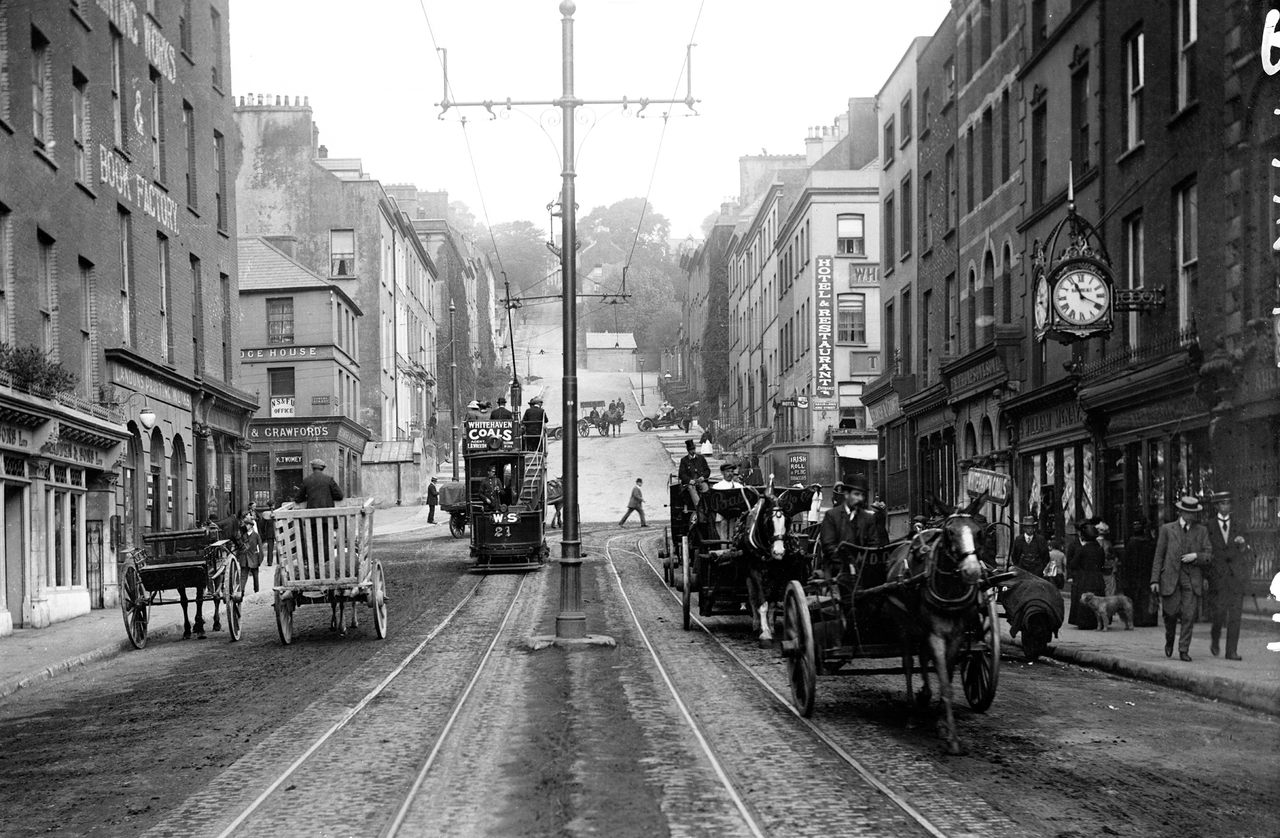 With approximately 5.2 million photographs dating from the 19th century on, the National Library of Ireland’s Photographic Archive is thought of as a sort of national family album. But time dulls historical memory, and a lot of information about the people captured in those images has been forgotten.

So back in 2011, the library (NLI) joined Flickr Commons, a part of the online photo-sharing community that encourages public photo collections to post their archives. The library then asked users to help track down the stories behind the faces and places in its collection.

It worked. Over the past six years, some 34,000 “photo detectives,” from library staff to local amateur historians to members of the diaspora around the world, helped uncover details for the NLI’s photo collection, in the form of more than 40,000 comments.

The NLI has turned the results of the project into an exhibition, Photo Detectives, at the National Photographic Archive in Temple Bar, Dublin, which runs through September 2018.

Atlas Obscura has a selection of the show’s images, which date from 1871 to 1970—a visual account of a century of change.

For a long time, this image of a group of kids was simply marked, “Unidentified Photograph from the Wiltshire Photographic Collection.” But when photo detective Sharon Corbet managed to identify the building in the picture—18 Abercorn Road, in East Wall, a neighborhood in northern Dublin—some interesting facts started to emerge.

Corbet found that the building had once been the home of Irish writer and playwright Sean O’Casey, renowned for his realistic portraits of life in Dublin’s slums during the country’s civil war and the 1916 revolution against British rule. The area now hosts a community center in his name. Corbet then reached out to councilwoman Maureen O’Sullivan, a native of East Wall, to help identify all of the kids. They are, top row, left to right, Catherine Byrne, Helen Boyle, Rose Byrne, Elaine Kane, Imelda Redmond, and Ann Byrne. The younger boys are the Ryan twins.

Band of the Irish Guards drummer, with regimental mascot (1917)

The Irish wolfhound is beloved part of Irish culture, and photo detectives helped identify this beautiful canine through small details in this portrait. The building in the background was quickly identified as the “Barracks,” a military installation in Waterford, while the metal badge on the boy’s sleeve revealed he was a drummer in the Band of the Irish Guards. It is thought that the picture was taken when the band was visiting the Barracks to recruit soldiers for World War I. At the time, it was customary for noble families to offer the Irish Guards a wolfhound as a mascot. Thanks to a comment offered by Niall McAuley, it was found that, back in 1917, the official mascot was named Leitrim Boy, and was born in November 1907. The identity of Leitrim Boy’s human companion remains, for now, a mystery.

This photo was catalogued with a name, “E.F. Fraser,” but the facts of the young soldier’s life remained elusive. The photo detectives solved this problem by suggesting an alternate spelling for his name: Frazer. This led to the military career of one Edward Francis Frazer, and the online community was able to track his life, from his birth in China to his days in the army. The helmet on the table next to him bears the crest of the Royal Field Artillery, with which Second Lieutenant Frazer served in Nigeria during World War I. But there is more. Frazer was also the uncle of Irish actress Maureen O’Sullivan, famous for playing Jane in Tarzan films from the 1930s and 1940s—which also makes him great-uncle of actress Mia Farrow.

Photo detective Niall McAuley, who helped identify Leitrim Boy, also uncovered the location of this grocery store through a few letters reflected in its window. The reflection had been scratched out, but McAuley could still make out “Fam … otel.” In other images from the same group, the Poole Collection—featuring portraits of people from Waterford, the country’s oldest city—he spotted Breen’s Family Hotel. And this led him to the exact address of the shop across the way: 2 Bridge Street. Another online detective, Paul O’Farrell, helped identify the girl: Mary Mortimer, daughter of the owner. She later married Tommy Corcoran and took over running the shop when her father passed away.

Survivors of the sinking of Lusitania

The caption had only a family name, “The Rileys,” but nothing of their extraordinary story. Originally from Great Horton, West Yorkshire, England, Annie and Edward Riley and their twins, Sutcliffe and Ethel, migrated to Massachusetts in the early 1900s. They were making a return visit to Europe—aboard RMS Lusitania, the British ocean liner torpedoed and sunk by a German U-boat in 1915, a factor in the United States’ eventual entry into World War I. More than 128 American citizens died in the incident, with the Rileys among the few lucky survivors.

The Hanging Cage That Held An Infamous Québec Murderess

It had been all but forgotten for most of the 20th century.
irelandarchivemysteryphotographycollectionshistory

Yale has acquired some of the Black photographer’s best-known images.
photography

The “Afro-American” is in her blood.
haunted

The times have changed, but the thrill remains the same.
collections