Photos of Unique and Beautiful Airports Around the World - Atlas Obscura
Want to see fewer ads? Become a Member. 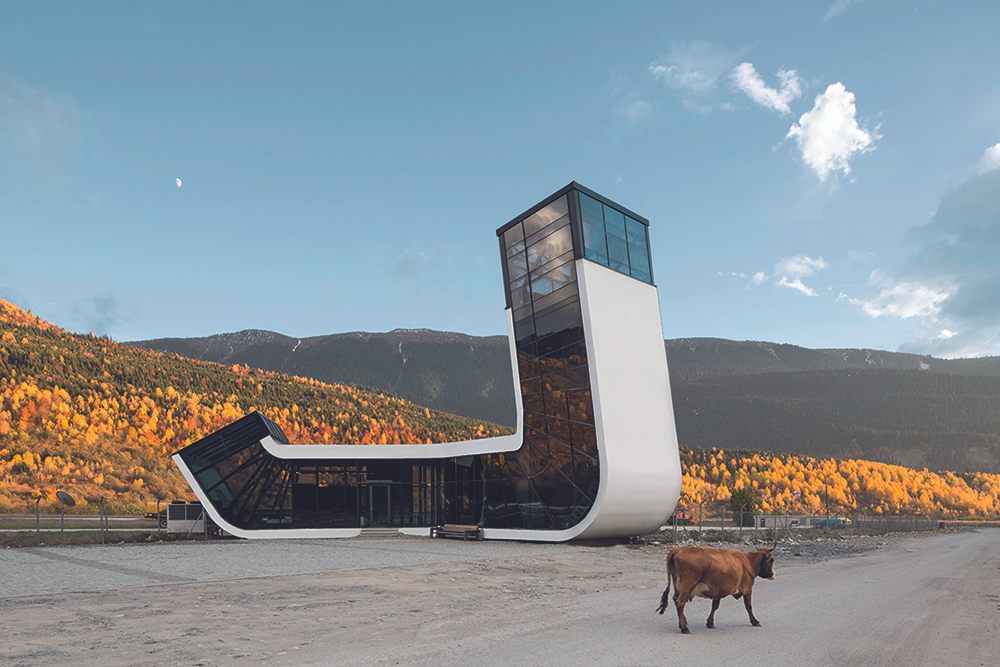 High in the Caucasus Mountains of northern Georgia is the small town of Mestia. It is dotted with medieval stone towers comprising part of a UNESCO World Heritage Site. But one tower stands out from the rest: Mestia’s Queen Tamar Airport. Even though it was built in 2010 and consists mostly of glass, its square shape and skyward facing wings echo the ancient buildings around it.

The airport’s purpose has not been as successful as its design. Originally intended to help promote Mestia as a ski resort, Queen Tamar airport never received a code from the International Air Transport Association on account of low passenger numbers. Currently just one local charter airline, Servisair, flies a 15-seat plane into Mestia four times a week.

Yet Queen Tamar is just one of the many unique and beautifully designed airports featured in the new book The Art of the Airport: The World’s Most Beautiful Terminals, by Alexander Gutzmer, Laura Frommberg and Stefan Eiselin. The book highlights those airports where travel has been elevated from the mundane to magnificent—even where it’s still hypothetical, like in New Mexico’s Spaceport America, where the passenger numbers remain at zero.

His name was Barry Gfeller, and he left behind an astonishing 50,000 previously unseen images.
churches