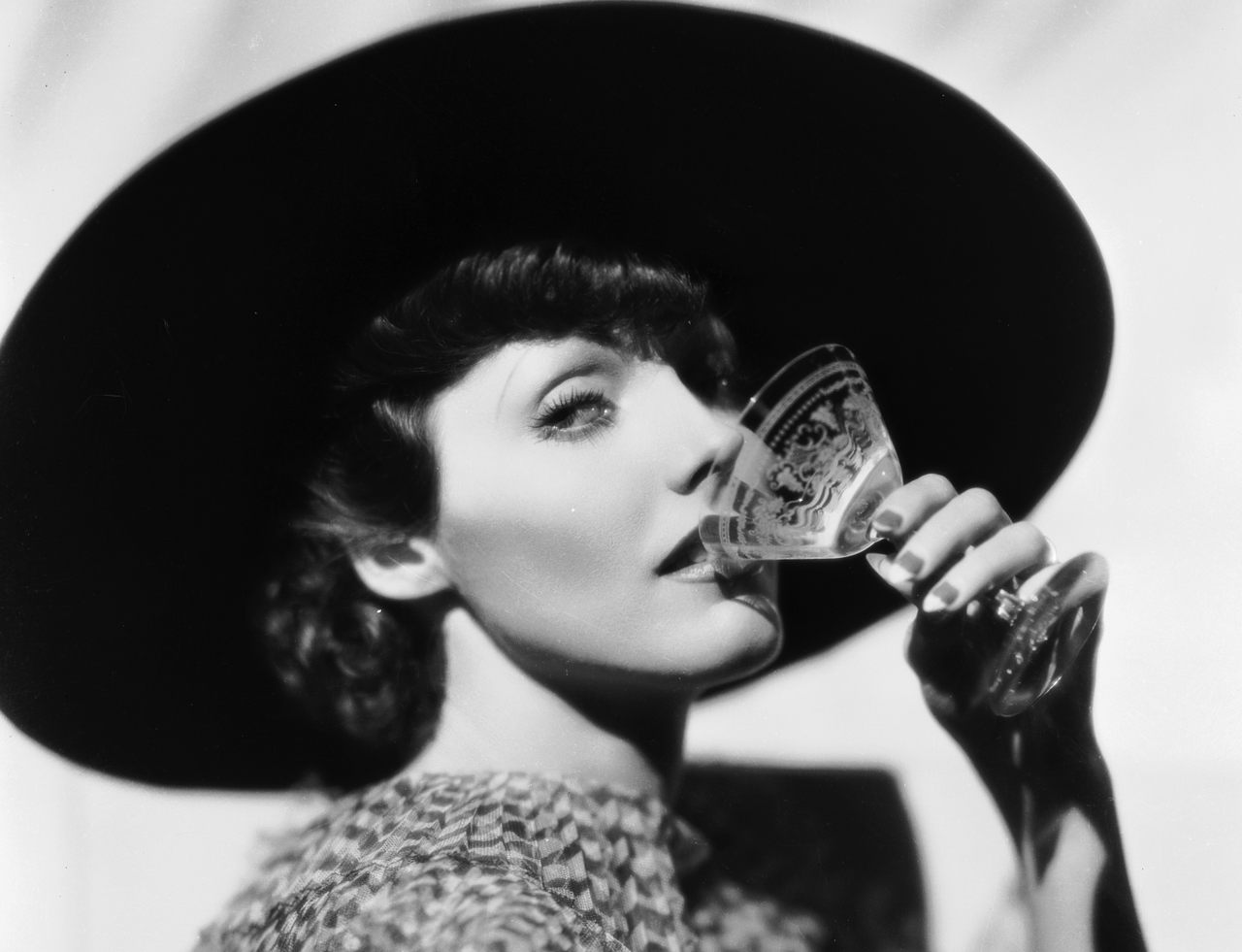 The year of 1930 was a whirlwind for Washington, D.C. socialite Roxana B. Doran. Between hosting Daughters of the American Revolution chapter meetings, leading local church groups, and presiding over garden parties in Georgetown with husband Dr. James Doran, a government chemist, the 41-year-old Minnesota native was hard at work completing and promoting her authorial debut: a much-buzzed-about mixology guide called Prohibition Punches.

The compilation of fruit juice-based drink recipes—dozens of frothy, alcohol-free concoctions that today could only be described as “mocktails”—was politically conscious, health-conscious, and status-conscious. It boasted a foreword by Harvey Washington Wiley, former chief chemist of the Department of Agriculture, and its illustrated pages were filled with the all-natural libations supposedly enjoyed by Washington, D.C.’s elite.

This no-booze book aimed at the housewives of America could be nothing but political. The book amplified not just Doran’s platform as a prominent Women’s Christian Temperance Union leader but her husband’s agenda as well: Dr. Doran had served as Commissioner of Prohibition and was the government’s Administrator of Industrial Alcohol. “Proudly,” Time magazine observed in late 1929, “his wife tells friends that she ‘brings up the reinforcements.’”

Roxana Doran’s publishing foray made headlines, some in praise of her efforts, and some gently mocking the book’s crusading recipes. But Prohibition Punches, surprisingly, turned out to be a commercial success. Even more surprisingly, the book may have provided a genuine contribution to American public health.

By the time Roxana Doran began writing her book, the “Drys” were edging toward political defeat. Black-market alcohol had caused skyrocketing crime and alcoholism rates, and the financial fallout from the Great Crash of 1929 added political pressure to repeal the 18th Amendment. The Women’s Christian Temperance Union itself had waned in power since playing a key role in the amendment’s passage years earlier. Still, the international organization was as committed as ever to the cause.

In September 1929, the scuttlebutt in society pages was that Doran was to be appointed director of WCTU’s newly created Non-Alcoholic Fruit Products Department. The cumbersome name obfuscated a simple goal: to promote healthy and tasty drinks made of fruit juices in lieu of the much-reviled liquor. The WCTU had recognized that, for the masses to truly embrace Prohibition as a way of life, non-alcoholic drinks needed to be made fun, festive, and glamorous.

Enter the movement’s new unofficial first lady, Roxana Doran. “Since Dr. Doran is chief prohibition enforcement officer in the United States, appointment of his wife to serve as head of the new department for the promotion of nonalcoholic fruit beverages would place them in two of the most commanding positions in the fight against the liquor traffic,” observed a front-page article in the Indianapolis Star that September.

Ever the consummate hostess (her name was a fixture in society pages), Doran preached that party libations could be crowd-pleasing while still following the letter of the law. “Prohibition took something away from the American people, but we can give them something just as good—a cocktail that satisfies but does not inebriate,” she announced.

Doran by no means invented the modern-day mocktail (let alone coined the term “prohibition punches”). But her project aroused excitement among temperance-toeing women in both her elite D.C. social circle and across the nation. She spent several months picking brains and perfecting 12 initial “punches,” which she sent to the WCTU to distribute via pamphlet. She wasn’t above name-dropping, proposing that “each recipe be sponsored and named for some person whose opinion carries weight, perhaps a Senator or Congressman.”

To this end, she snagged recipes allegedly created and enjoyed by Laura Volstead Lomen, the daughter of infamous Minnesota congressman Andrew Volstead, and Mabel Walker Willebrandt, the tenacious former U.S. Assistant Attorney General. Eventually, she even induced men such as Major General Smedley Darlington Butler, then history’s most decorated Marine to contribute a recipe, consisting of tea and several juices.

By February 1930, the Ladies’ Home Journal had highlighted Doran’s project, and promotional photos of the mocktail maven whipping up drinks in her home kitchen circulated in newspapers across the country. “Mrs. James M. Doran, wife of our prohibition commissioner, tells us she gets letters from Maine to California asking for her recipe for kickless cocktails,” noted an Indiana paper’s news correspondent in Washington, D.C.

With all this media attention Doran’s WCTU initiative soon ballooned into a full-length book. Each of the seven chapters are dedicated to a different hour of the day, with drinks ranging from “Frosted Orange Juice” and “Cantaloupe Cocktail” (to be served with breakfast) to lunch refreshments like “Raspberry Shrub” and “Honey Iced Chocolate.” Other recipes, including “Pineapple Smash,” “Mock Champagne,” and “Loganberry Frappé,” were to be ladled out during “Teas,” “Garden Parties,” “Summer Suppers,” and “Evening Parties, Receptions, Balls, etc.” Children had their own special drinks section. “There is even a vegetable cocktail for those interested in vitamins,” the book’s jacket advertised. “Cocktails or the breakfast room, the living room, the veranda, the dining-room, the ball room and even for the nursery. Drinks that are fizzy and drinks that are quiescent—smashes and swizzles and floats and sherbets and frappés and just plain punches—a generous assortment. Try them in your cocktail shaker!”

Considering Prohibition’s polarizing nature (and the book’s purple prose), it’s no surprise that Prohibition Punches, published that summer by Philadelphia-based publishers Dorrance & Company, was received with mixed reactions. With every positive review—“It is written so colorfully and intelligently it would tempt even cocktail crusaders to mend their ways,” raved the Pittsburgh Press—mild criticisms arose. “Mrs. Doran has padded out this slender volume on a rather restricted subject,” sniped “The Literary Lantern,” a syndicated Southern newspaper column. “When you boil out the duplicates and come down to basic recipes there are not so many different tricks in the mixing of these non-alcoholic drinks.” Other magazines had humorous takes, notably Vanity Fair writer Corey Ford’s December 1930 tribute, “Have One on Me, Mrs. Doran,” which noted that the author’s elaborate recipes could all do with one simple extra ingredient: liquor.

Doran reportedly gathered hundreds more alcohol-free drink recipes, yet Prohibition Punches was her first and only published recipe collection. In mid-1933 a new WCTU member stepped into Roxana Doran’s shoes as the organization’s elected fruit-juice proponent, only a few months before Prohibition was repealed entirely. Still, the book was moderately successful, receiving a second printing and generating enough chatter to keep its author in the news for several years. And while Prohibition Punches might read by some today as treacly or propagandist, there was a genuine public-health purpose behind its publication.

Dr. Harvey Washington Wiley, who wrote a glowing introduction to Prohibition Punches shortly before his death in June 1930 at age 85, “was fairly fanatic about food safety and food purity,” says Deborah Blum, director of MIT’s Knight Science Journalism program and the author of The Poison Squad: One Chemist’s Single-Minded Crusade for Food Safety at the Turn of the Twentieth Century. He had spent his entire professional career fighting to pass 1906’s Pure Food and Drugs Act, but he couldn’t have done it alone: his strategic relationship with women’s groups like the WCTU had in no small way helped clean up America’s food, drink, and medicine.

It’s fitting that one of the scientist’s last public writings prior to his death would be in the WCTU’s service. But why would Wiley, a noted enjoyer of fine whiskey, endorse Prohibition Punches at all? Much less as “a new line of thought” helping to pave the way for “a healthier and more contented mental attitude than American society has known since the chaotic period of the World War?”

Wiley had fought against one thing for decades: poison. Bootleg liquor was frequently tainted, of which the crusading chemist would have been all too aware, and consuming it could lead to blindness, paralysis, and death. And as Blum wrote in another book, The Poisoner’s Handbook: Murder and the Birth of Forensic Medicine in Jazz Age New York, the federal government had also poisoned U.S.-manufactured industrial alcohols in the 1920s to enforce Prohibition. Their program alone may have resulted in the deaths of as many as 10,000 drinkers.

“People like Al Capone were stealing industrial alcohol and trying to clean up the bad ingredients in it, and then repackaging it as bootleg whiskey,” Blum explains. “The bootleggers all hired chemists to clean up the whiskey, so the federal government came back and hired chemists to figure out how to make the whiskey so poisonous that it couldn’t be cleaned up.” Among these government chemists was Roxana Doran’s own husband, James M. Doran.

“I don’t think Harvey Washington Wiley was ever out there pushing for Prohibition,” Blum says. “But I think he was always out there pushing for healthy eating and drinking habits. And I think that Prohibition would have made him very wary of what people were drinking. Unless you had an absolutely reliable good source of real alcohol, you were really risking your life every time you drank.”

With this all in mind, one could read Prohibition Punches and “make a case that not only are these better for your body, but they could actually save your life,” Blum observes. Given the ubiquity of the era’s cocktail parties, she adds, it was shrewd for influencers like those in the book “to come in and say, ‘You can have a great life with these fancy, non-alcoholic drinks.’” Roxane Doran’s attempt to make fruit juice fashionable, in a way, may have helped protect Americans from tainted mixed beverages.

With Prohibition’s repeal in December 1933, both the temperance movement and Roxane Doran’s mocktails slipped into distant memory. But irony remained alive and well: as the decade progressed, Dr. James Doran, husband to one of Prohibition’s most vocal cheerleaders and himself once described as occupying one of the nation’s “most commanding positions in the fight against the liquor traffic,” found himself acting as director of the government’s Distilled Spirits Institute.

Adapted from Prohibition Punches by Roxana B. Doran

Around the world in mutant drinks, via your liquor cabinet.
beer

A strict lockdown has meant a spike in homebrewing.
crime

The world's oldest soul food restaurant is also one of its best.
Washington, D.C.

The Presidential Booths at Martin's Tavern

Sit where JFK proposed to Jackie or where Nixon dined on meatloaf at this storied pub.
Washington, D.C.

This restaurant has been a haven for D.C.'s LGBTQ community since the 1950s.
Washington, D.C.

This unique museum cafeteria showcases the history and regional diversity of African American cuisine.
Want to see fewer ads? Become a Member.
From Around the Web
THE GASTRO OBSCURA BOOK
Taste the World!
An eye-opening journey through the history, culture, and places of the culinary world. Order Now