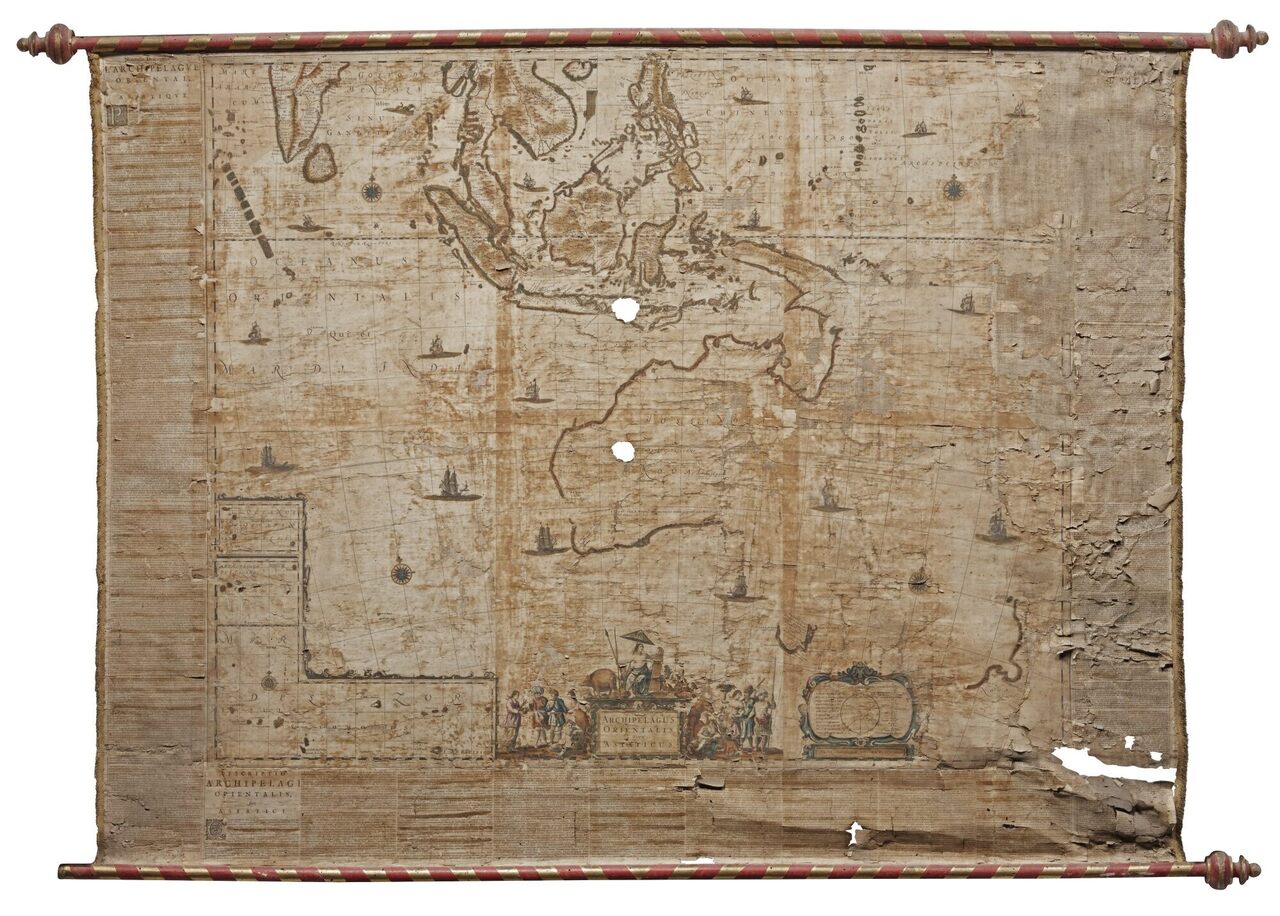 Around 1659, the Dutch cartographer Joan Blaeu dug into the latest records of the Dutch East India Company’s explorations of the lands beyond Asia—the coast of Australia, where Europeans first landed in 1606, the island of Tasmania, and New Zealand. Some of these islands were relatively new discoveries for the company, explored by Abel Janszoon Tasman in the 1640s.

Blaeu used these records to make one of the earliest maps of Australia—the first to include Tasmania.

Since the 19th century, the rare wall map that Blaeu created was hidden in a private home in Italy, reports News.com.au. Now, though, it’s been rediscovered and will be on auction at Sotheby’s in London, where it’s expected to fetch hundreds of thousands of dollars.

The map, writes Sotheby’s, is, “possibly the best general map of Dutch sea power executed in the 17th century” and “extremely rare.” A spokesperson told News.com.au that it may be only “one of two known surviving copies.”

Found: The Massive Skeleton of a Steller's Sea Cow

A 17-foot-long sirenian emerges on a remote Russian island.
disasters

After decades of searching, the site where 400 lost their lives has been identified.
sinkhole

Found: A Vivid Blue Hole in the Great Barrier Reef

Explore the Seafloor With Data Collected During the Search for MH370

The Australian government has released the results of a survey of the bottom of the Indian Ocean.
Video • Object of Intrigue

11:53
Want to see fewer ads? Become a Member.
From Around the Web
Related

Found: The Wreck of the USS Juneau, Where 5 Brothers From Iowa Died