The Roman Baths of Caracalla Will Not Be Getting a McDonald's After All - Gastro Obscura
Want to see fewer ads? Become a Member. 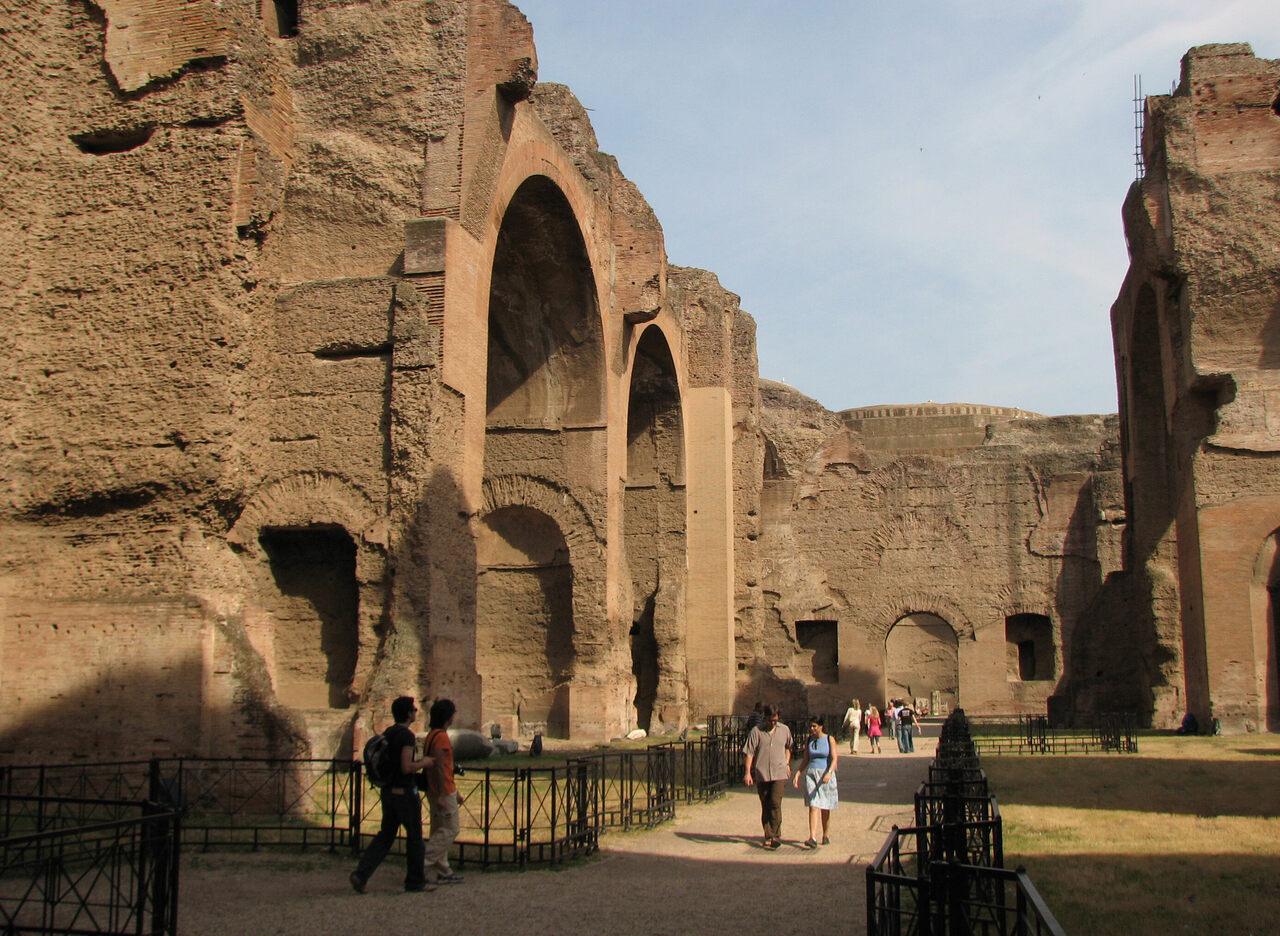 If you look closely, the Baths of Caracalla look a bit like the Golden Arches. Patrick Denker/CC BY 2.0
In This Story
Destination Guide

Who knows? Emperor Caracalla, who ruled Rome from 198 until 217, might’ve been just fine with a McDonald’s opening up alongside the extravagant public baths he commissioned for the city. The UNESCO site’s columns curve just like the chain’s golden arches, and the 1,600 Romans who could fill the complex at any given time may have been happy to pay up for a post-soak Big Mac.

But Caracalla isn’t calling the shots anymore. This week, Italy’s Culture Minister Alberto Bonisoli announced that the fast food chain’s plans to build a new restaurant adjacent to the cultural heritage site and popular tourist attraction had been overturned. The reversal comes after the mayor of Rome, Virginia Raggi, intervened last week and voiced her opposition to the plans. “The wonders of Rome must be protected,” Raggi tweeted on July 31, when the restaurant’s cancellation was confirmed.

Opponents of projects like the Caracalla McDonald’s are motivated by more than the preservation of aesthetic integrity, though Bonisoli and Raggi both clearly framed their positions in those terms. The Local reports that the cancellation is consistent with Rome’s ongoing efforts to clamp down on a host of activities and businesses which allow litter to accumulate and other annoyances to prevail. In 2017, Mayor Raggi banned the practice of dressing in historical costume in the city’s historic center, in part to prevent Roman centurion impersonators from hassling tourists for photos. While that ordinance is perfectly specific, other recent regulations address the oddly vague matter of “eating in a slovenly fashion,” according to The Local.

Still, other McDonald’s locations abound near the city’s historic sites, with another planned restaurant near the Pantheon still in the works. Italy’s very first McDonald’s opened in 1986 by the iconic Spanish Steps; today, a stately plaque commemorates its historic role as “il primo Ristorante McDonald’s in ITALIA.” It opened despite considerable protest, and resulted in the founding of the international Slow Food Movement, which seeks to preserve regional culinary traditions diluted by the expansion of global restaurant chains.

But while Rome’s administrators halted McDonald’s latest encroachment, Burger King recently won out in a similar battle in the hamburger’s home state. Last year, protesters in Norwich, Connecticut, fought against Burger King’s plans to build near a historic 19th-century graveyard, with demonstrators donning period garb to emphasize their emotional connection to local history. Yet plans for the Burger King went ahead following a negotiated settlement, in which the developers agreed to enhance the buffer between the restaurant and the graveyard, and to honor the site’s history as best they can. “This will be like no Burger King you’ve ever seen,” promised Bill Sweeney, the development company’s attorney. “Its design will pay respect to the historic community.” Future activists may well seek to preserve the greasy homage amid a forthcoming wave of corporate expansion.

Eat like a first-century Roman, using recent archaeological discoveries as your guide.
ancient

When Garbage Collection Stops, Your City Might Be in Trouble

A Byzantine trash heap reveals the slow decline of a desert culture.
volcanoes

Where Did All the Refugees From Vesuvius End Up?

Their quest for new lives wouldn't have been that different than that of refugees today.
More Food & Drink
Rome, Italy

Inside this Mcdonald's you can dine on your Big Mac and fries next to a 2,500-year-old Roman wall.
Rome, Italy

This delightful little museum is dedicated to only one thing: pasta.
Brunswick, Georgia

This location of a Mexican chain restaurant has a unique location: an old jail.
Want to see fewer ads? Become a Member.
From Around the Web
THE GASTRO OBSCURA BOOK
Taste the World!
An eye-opening journey through the history, culture, and places of the culinary world. Order Now