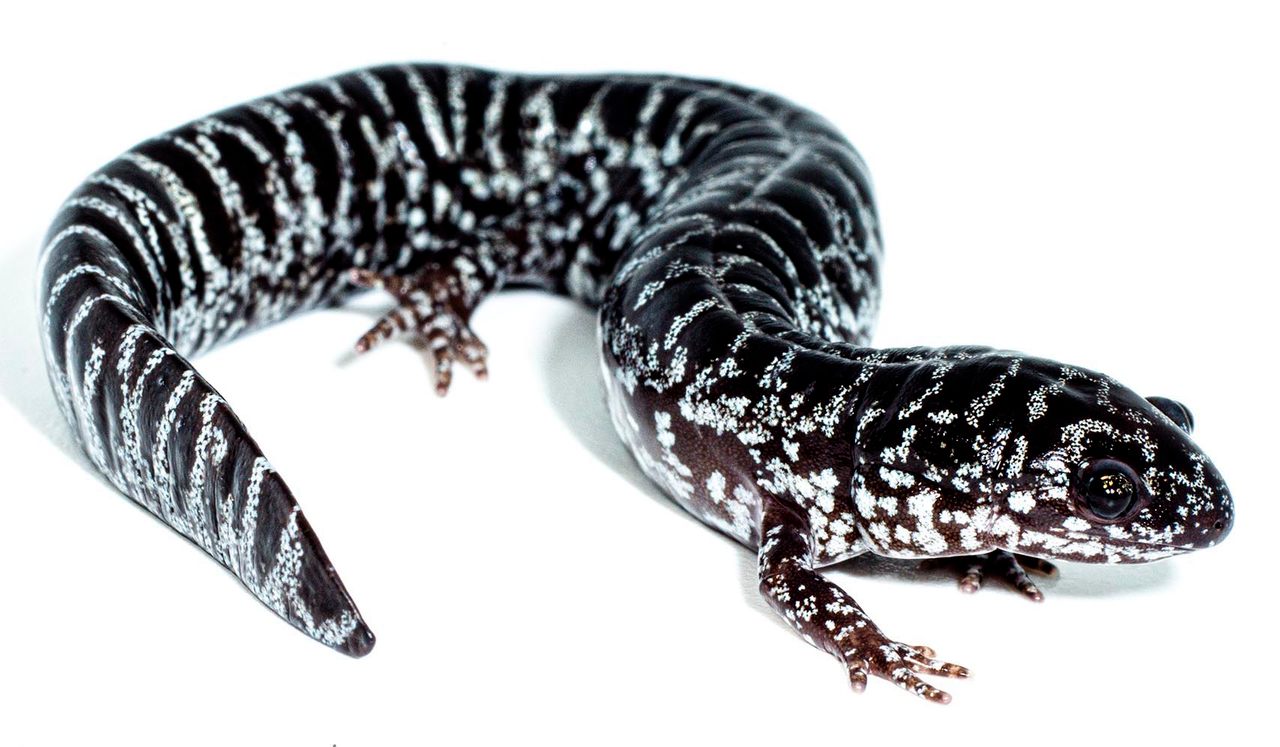 The last stronghold of an enigmatic amphibian is in the middle of Eglin Air Force Base, Florida. But what the species really needs to survive in the wild is what’s happening in a zoo lab in Texas—a big birthday bash.

“There were eggs all over the place,” says Bekky Muscher-Hodges, manager of the San Antonio Zoo’s Center for Conservation and Research (CCR). She was the first to spot dozens of small jelly orbs—laid in February by the center’s dozens of adult reticulated flatwoods salamanders (Ambystoma bishopi)—spread throughout the 40-gallon breeding tank. “I was happy dancing and ugly crying all around the lab, madly texting pictures [to CCR colleagues].”

Her celebration is warranted: The team has been trying for more than a decade to breed these amphibians in captivity, as A. bishopi is one of the most critically endangered salamanders on Earth. Now, Muscher-Hodges says, there’s a batch of eggs that should hatch in the next week or so.

A vital part of a healthy ecosystem, the species—officially declared endangered in 2009—once thrived in the pine flatwoods and savannas of Alabama, Georgia, and Florida. “They have declined by about 90 percent in the last 20 years,” says wildlife biologist Harold Mitchell of the U.S. Fish and Wildlife Service (USFWS), who cites habitat loss from agriculture and commercial development, invasive predators, disease, fire suppression, and climate change as key factors.

Today, just one self-sustaining population remains, on the Florida Air Force base. With its network of ponds and restored longleaf pine habitat on the Choctawhatchee Bay, says Mitchell, “Eglin is the mothership for this species” (though there’s also one smaller but still important population in ponds just outside of Eglin).

Reticulated flatwoods salamanders—finger-length amphibians with salt-and-pepper coloring and stout tails—spend most of their adult lives burrowed underground, where they’re tough to study. But they do emerge to mate, with winter rains triggering their reproduction.

“Changes in precipitation immediately mess with these guys, because they lay eggs in depressions that need to fill with rainwater [for the eggs to hatch],” says Danté Fenolio, president of CCR. (The larval salamanders go through a brief aquatic phase before morphing into land-dwellers and heading underground.) “If that doesn’t happen, the entire year’s recruitment is lost.”

Indeed, with winter rains starting later and the landscape drying up earlier in recent decades, “their breeding season has been truncated, which is a big threat to their survival,” says Mitchell.

In the lab, the San Antonio Zoo team, having developed its own care-and-feeding methods, has had great success raising these salamanders from wild eggs to adulthood. But the big prize—captive-laid eggs—had eluded them. For the past two years, Muscher-Hodges has been tweaking the salamanders’ captive environment—adjusting the temperature and humidity, incorporating native plants—to better mimic their natural habitat, in hopes of encouraging the adults to lay.

“We’d spy on them at night, to see if we could catch them” in the act, she says. They saw hopeful signs—salamanders following each other around, genital swellings. Still, “actually coming in to find the eggs, after all our hard work, was pretty mind-blowing.”

Being able to captive-breed can help ensure an endangered species’ long-term survival in the wild. In order to remain viable, says Mitchell, these salamanders need about 100 metapopulations—separated groups that interact and breed with one another—each of which requires some 200 acres of land and three occupied ponds. “There’s a whole formula to determine what will sustain them—how many are needed, and how much land—so they can survive random events [like natural disasters],” he says.

Based on those figures, the plan would be to return these animals to where they once thrived “while avoiding inbreeding and protecting the genes that are already out there,” he says. Most likely, captive-bred salamanders will eventually be placed in areas where A. bishopi has disappeared, rather than where the species is still present, “to avoid mixing the soup with too many ingredients.”

The first translocation—assuming the breeding takes off from here—may be to a forest fragment in southwestern Georgia that’s within the salamanders’ original range.

Saving the reticulated flatwoods salamander has taken a broad collaboration, notes Fenolio, including the USFWS, the Florida Fish and Wildlife Conservation Commission, Eglin Air Force Base, and Virginia Tech, all cooperating with the San Antonio conservation team. “Each partner is handling unique aspects ranging from field studies to lab work, and all are essential,” he says.

It’s worth the group effort, the experts agree. “Salamanders are a hard sell compared with the furry and the feathered,” says Mitchell. “But these animals are an important part of the landscape, indicative of a complete and functioning ecosystem. We are weaker without them.”

“Imagine cutting away strands of a circular spider web,” says Fenolio, and you get a sense of the effect of losing an animal like this salamander. “If we keep tinkering with nature by snipping away at biodiversity, at some point the entire web will collapse.”