The ghostly remains of an accidental sea. 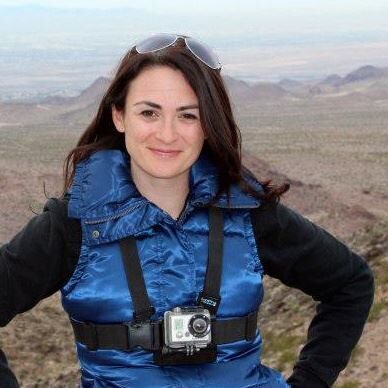 Sandi Hemmerlein, the illustrious brain behind Avoiding Regret, is a writer, photographer and urban explorer. Our Los Angeles Obscura Society became acquainted with Sandi after she attended several LA explorations, and she has graciously agreed to give us permission to enhance numerous entries in the Atlas with her amazing photographs. We are highlighting some of her favorite entries, and asked her a few questions about her writing, poking around in dubious places, and solo exploration.

What makes a location an intriguing spot for you?

The number one draw for me is getting to explore a place that most people don’t have (easy) access to. Whether it’s in a remote location, is relatively unknown, or requires special permission (or, in some cases, sneaking in) to gain access, I like the special, hidden experiences, rather than well-known, publicly accessible attractions that I could go to anytime. Often these fall in the categories of ghost towns, cemeteries, and abandoned buildings / ruins, but also secret areas of known (and open!) buildings - basements, attics, towers, and tunnels.

Your blog is much more than a photography or travel blog. You write about work, love, rejection, self-awareness, and a variety of personal subjects, as well as the wonderful places you visit. How would you categorize your work?

At first, my blog started as a way for me to chronicle what I do publicly, something beyond what I’d write in a personal journal. But over time, I found it more interesting to talk about those places I visit through the filter of my own personal experience, and try to connect them to some larger global, philosophical, or emotional issue.

I talk about how I’m feeling when I go, why I go, and how the place makes me feel while I’m there, and after I leave. Some places allow me to live vicariously through people I’ve never met before — residents of prisons, hospitals, and mansions, the dead buried in cemeteries, people who built roads or planted gardens — and imagine a life beyond my own. Other places allow me to live a little more fully in my own life (ziplining, driving stock cars, etc.). By writing about my experiences, others can live vicariously through me. I’m documenting for sure, but I’m exploring, trying to find my place in this world, trying to make connections both with people and between the places I go to understand the world as a whole.

We like to tell people how to explore the places we write about, often because we believe awareness can lend to preservation, but sometimes it can lead to the opposite. You choose not to reveal the exact location of your explorations. What is your philosophy on sharing obscure locations with the whole internet, and our responsibility as writers to keep or share these secret spots?

Some of the places I’ve discovered, I’ve had to put a lot of effort into finding them — painstakingly mapping, scouring satellite views on Google Maps, driving in circles, getting lost, and climbing through fences — so part of me wants to keep that information all to myself. But when it comes down to it, a lot of the abandoned and historic sites that I visit are extremely fragile. Even taking the utmost care in trying not to disturb them, even I might do something to damage or destroy. I’m interested in preservation — so much so that I often prefer ruins to stay preserved as ruins, rather than rebuilt as part of some adaptive reuse plan — and I know that if throngs of people started visiting one of these fragile sites, we’d probably lose them. We’ve lost too many treasures to fire, foolishness, and tomfoolery.

Sandi Hemerlein of Avoiding Regret’s tips on some of her favorite places to explore, with her photographs: 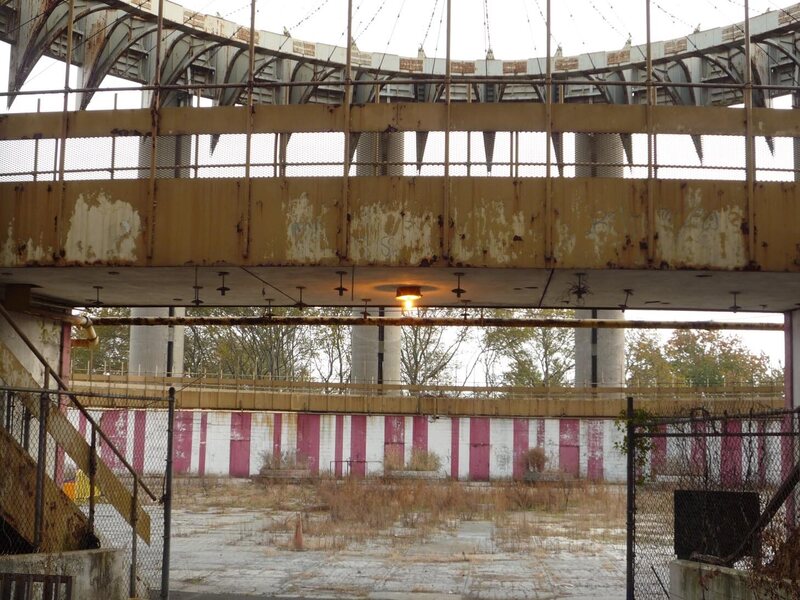 “So many of the buildings built for the 1964-65 World’s Fair were meant to be temporary, intended to be torn down, it’s amazing that any of them are still standing. And the ones that remain are massive, imposing, looming, spooky, and weird. The New York State Pavilion in particular haunts me, especially when I can still see the blinking red lights atop its towers when I take a cab to or from the airport. Architect Philip Johnson’s retro-futuristic design has become a gorgeous living ruin, and I hope it stays that way.” 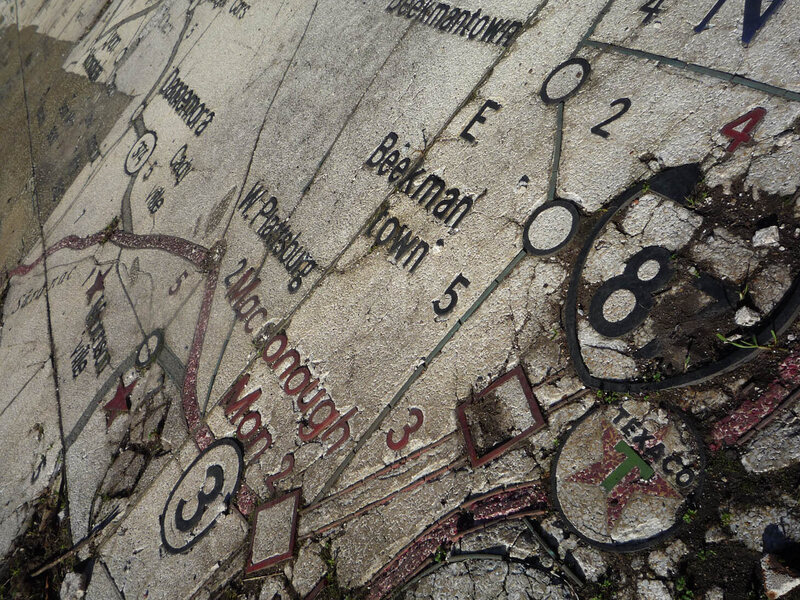 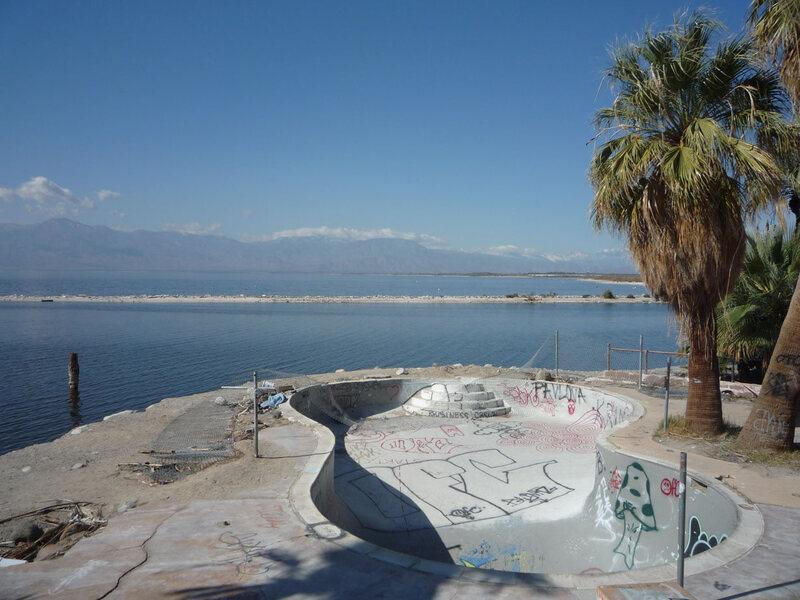 “The first time I visited Salton City’s Salton Sea, there was nothing there, nothing left. There were roads carved out, but no houses built. The beach was crunchy with barnacles. The air was thick. Despite the vast expanse of wide open shoreline, it felt like the inside of a tomb. People still believe in the place, despite avian and fish die-offs, bad-smelling hot summers, and threat of an epic dust storm. They live among trailers stripped of their scrap metal, drowned relics, flooded shorelines, and abandoned yacht clubs. They stare out at the mountains, they watch the sun rise and set, and they watch the migrating birds fly over. This is their paradise. And when you get out onto the water (for me, in a kayaking expedition), you understand that none of those other things matter. The sea is all there is.” 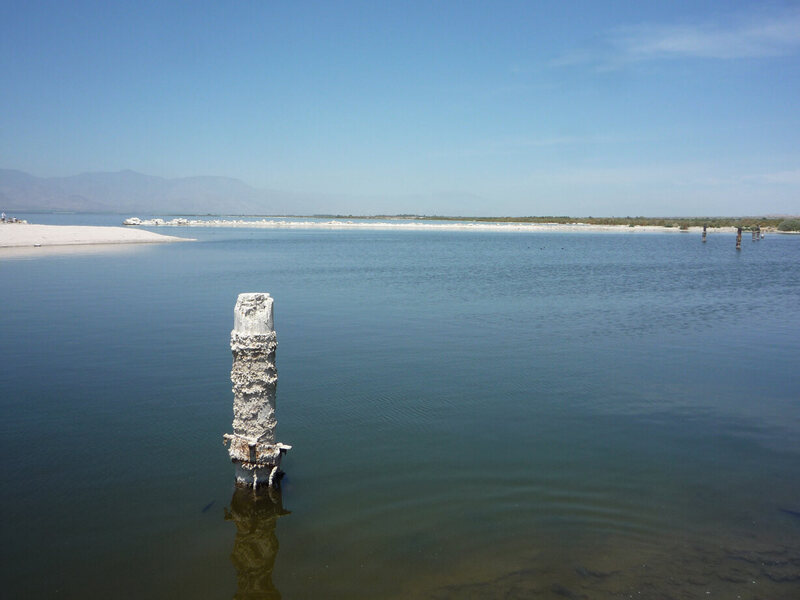 “Eastern State Penitentiary is interesting not only because it’s famously haunted, but also because the imposing ruin is not off on some island or other remote location, but right in the middle of the city. There’s a surprising amount of natural light that finds its way in, reflecting off the peeling paint. The light and shadows are really fun to photograph.” 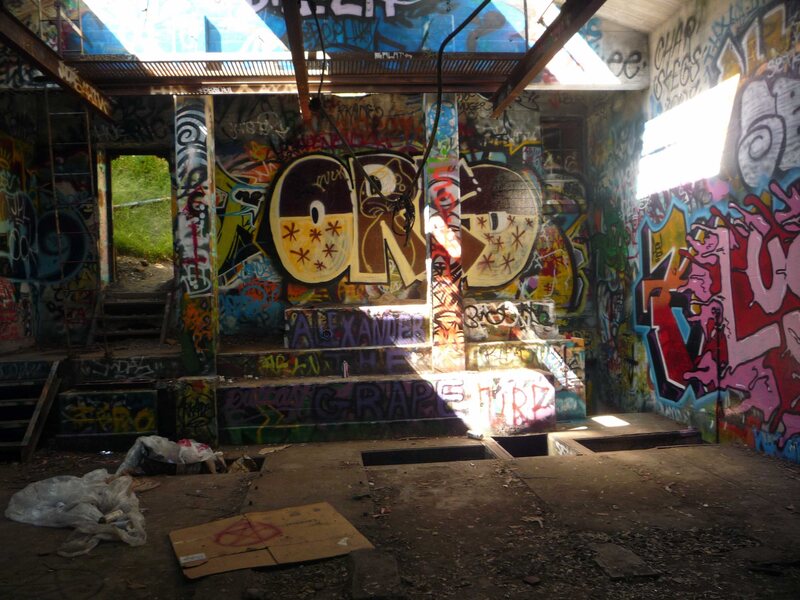 “Finding Murphy Ranch was a typical treasure hunt for me. Since you have to hike to it, I first attempted to find it from Will Rogers Park, but got hopelessly lost. The next time, I had better directions, but I found myself in a labyrinth of steep staircases leading way down into Rustic Canyon. That time, I found the concrete bunker powerhouse covered in graffiti right away, but it took me a few visits to find the old machine shed, the tanks, all the twisted metal, and some of the other ruins of the nearby Boy Scout camp. Although I don’t often repeat myself, this is always a fun hike for me to return to.” 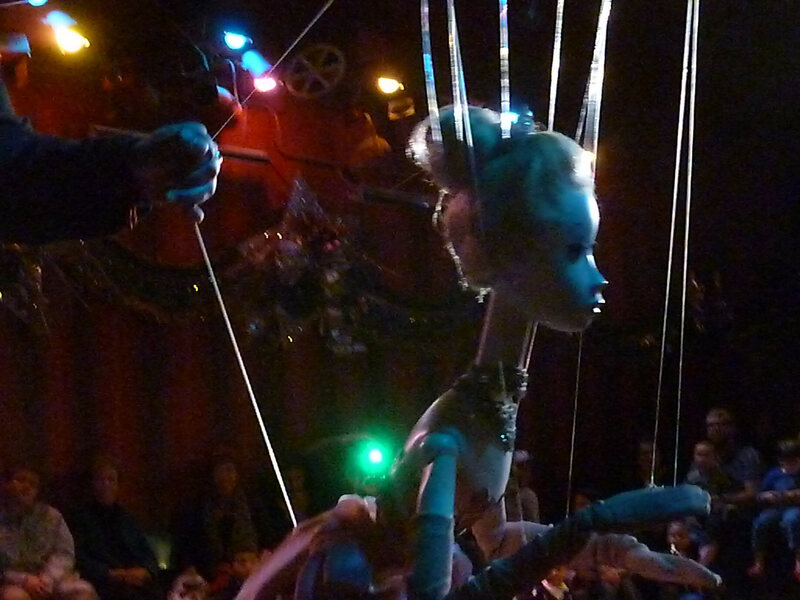 Performance of “The Nutcracker” at Bob Baker Marionette Theater

“I love puppets, and I don’t think I’d ever been to a puppet show until last October, at 37 years old, at the Bob Baker Marionette Theater. I go to these shows now by myself on weekday mornings, and I compete with the schoolchildren for a spot on the blue carpet.” Contributors like Sandi Hemmerlein are the reason here at Atlas Obscura we are able to not only tell you about the wondrous places we find, but show you as well. If you are a photographer or just a traveler who loves snapping photos and would like to help us build our compendium, please let us know! Contact us on our Facebook page, or send an email to rachel[at]atlasobscura[dot]com.

The Healing Saints and the Medicine of the Divine