Find a Moment of Calm in These Cumulonimbus Clouds - Atlas Obscura
Want to see fewer ads? Become a Member. 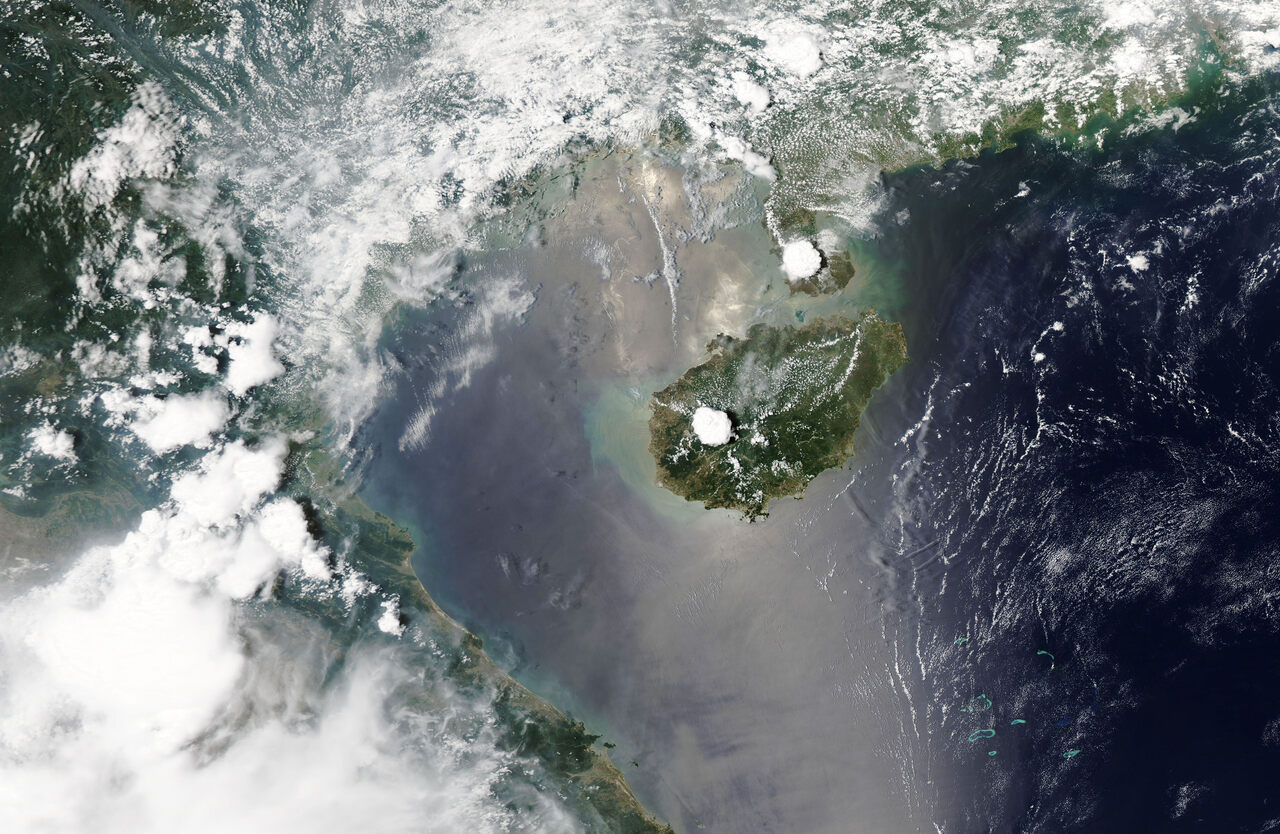 To paraphrase the late, great Bob Ross: From high above, it's happy little clouds as far as the eye can see. NASA Earth Observatory

Cumulonimbus clouds often portend gnarly weather—but when spotted from satellites as they swell, the white, puffy, towering clouds look incredibly soothing. NASA’s Earth Observatory recently shared this image and time-lapse gif of the clouds building above China’s Hainan Island in May 2020. Consider it a few seconds of solace for world-weary eyes.

Hainan Island sits off China’s southeast coast. Its waters appear tropical and turquoise, and its ground is thick with rainforest and stippled with mountains that rise above plains. The humid climate and steep landscape make storm clouds right at home—and as a result, the sky frequently crackles with lightning.

A few types of clouds are typically associated with such rugged terrain. Lenticular clouds, for instance, often sit downwind of slopes; one also often hovers above Lítla Dímun, a tiny Faroe Island that looks as though it has been topped with a dollop of crème fraîche.

Cumulonimbus clouds build on sticky days, NASA notes, when hot, wet air rises. On Hainan Island, this convection process is dialed up as humid sea air rolls across the plains and smacks into the mountains, where it’s forced skyward and then condenses into clouds.

The process unfolds over the course of several hours, notes Kathryn Hansen at the NASA Earth Observatory; the sky might be clear in the morning and crowded by clouds in the afternoon. The still image at top was taken on May 11, 2020, at 2 p.m. local time from NASA’s Aqua satellite, and the accompanying animation shows the change over the course of the day, as seen by Japan’s Himawari-8 satellite. Whatever time it is where you are, set aside just a few seconds to put your head in the clouds before returning to Earth.

How to Scour the Landscape for Cultural Heritage From Your Home

The fire-scorched landscape needs water. But not the kind that recently fell on Canberra.
urban planning

London Creates Its Own Clouds

It all comes down to something scientists call "ground truth."
haunted

What a South Carolina Ghost Story Says About Hurricanes and History

The Gray Man was a warning that it was time to leave.
Video • PinDrop

In 1910, the deadliest snowslides in U.S. and Canadian history occurred just days apart.
Read more
Thanks for sharing!