How to Scour the Landscape for Cultural Heritage From Your Home - Atlas Obscura
Want to see fewer ads? Become a Member. 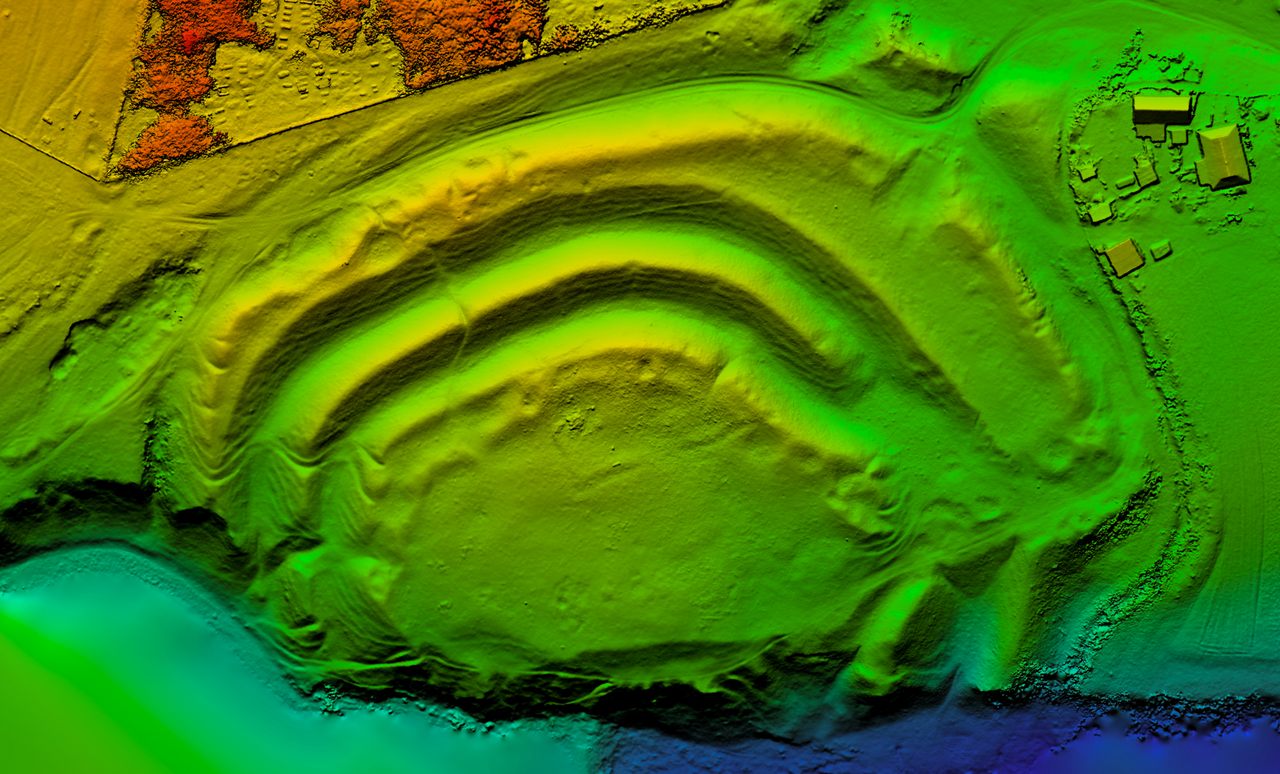 Archaeological remains are often closer than you might think—down the street, just next door, right under your feet. But even the sites beneath you are often easier to see from higher up. That’s why numerous recent finds—burial mounds, farms, quarries, and more—have been made by volunteers since stay-at-home orders were released in response to the coronavirus. Sequestered in their houses for months now, some folks have gladly volunteered to help local archaeological efforts.

Archaeology from above has been with us for a while. Well before the first satellites were launched into orbit, World War I pilots in the Middle East reported seeing artifacts that may not have been as easy to identify from the ground. Since then, of course, the advents of satellite imagery and lidar technology—by which laser pulses emitted from above a landscape can “read” the land’s topography and the subtle marks upon it, even through dense foliage—have greatly increased the ways in which archaeologists can scour the earth.

“It’s not a new thing, or a revelation that we might see things from above that really change our perspective,” says Damian Evans, an archaeologist affiliated with the European Research Council and the French Institute of Asian Studies, who specializes in the Khmer Empire of Southeast Asia. “What’s changed, really, is the ubiquitous accessibility of the technology. To have this special information in the hands of regular people, rather than specialists in the air.”

Evans has worked for years on the sprawling site of Angkor, in Cambodia, where lidar imagery is useful on the thick jungle that covers the region. But there’s more to the work than fancy software, which may be beyond most people’s means and grasp.

“Even though we use the latest and greatest tech like lidar to do archaeological prospection, archaeologists like me use tools like Google Earth and Google Maps every day for our work,” says Evans.

“In people’s minds, archaeology is very much a fieldwork discipline. Even moving beyond the clichés and so on, there’s an idea in people’s mind that archaeologists are excavating a good deal of the time, and that it’s part and parcel of what we do,” Evans says. “That’s increasingly not the case.”

So in your stuck-at-home state, what can you do to explore the world? Perhaps practice some citizen science—in this case, lending your eyes to ongoing exercises in open-access archaeology.

Some countries, like the United Kingdom, offer a number of lidar repositories for public perusal. But even with that wealth of data before you, it can be hard to parse what is and isn’t archaeologically useful—to know what’s already been identified and what hasn’t. Oil and gas pipelines can look a lot like Roman roads from above, with their long, linear landscape scars. Seen from overhead, not everything is as it seems—especially to a viewer hoping for something more than what reality may bear.

“I think a great starting point is not necessarily with lidar data,” says Chris Smart, an archaeologist at the University of Exeter whose volunteers recently found a trove of prehistoric, Roman, and medieval remains in the English countryside by examining those open-access repositories. “The simplest way for people to start exploring archaeology and the potential for finding new sites, or new elements of old places, is … using [Google Earth’s] historic satellite imagery. A lot of archaeological sites show up as crop marks.”

Some sites are now actively looking for fresh pairs of eyes. The Chilterns Area of Outstanding Natural Beauty, a woodland northwest of London, has a portal that allows users to scour their environs and take tutorials in lidar to better understand what they’re seeing.

A view from above isn’t an exact replica of the reality outside. But it offers a unique vantage point—and a peek at something new.

How to Make a Wild, Wondrous, and Complicated Contraption With All the Stuff in Your House

A remarkable ancient technology and tradition that united communities in the Andes is fading into history.
maps

A lidar project wants to document the entire planet, before everything changes.
shipwrecks

Without jumping in the frigid North Atlantic.
Video • AO Docs