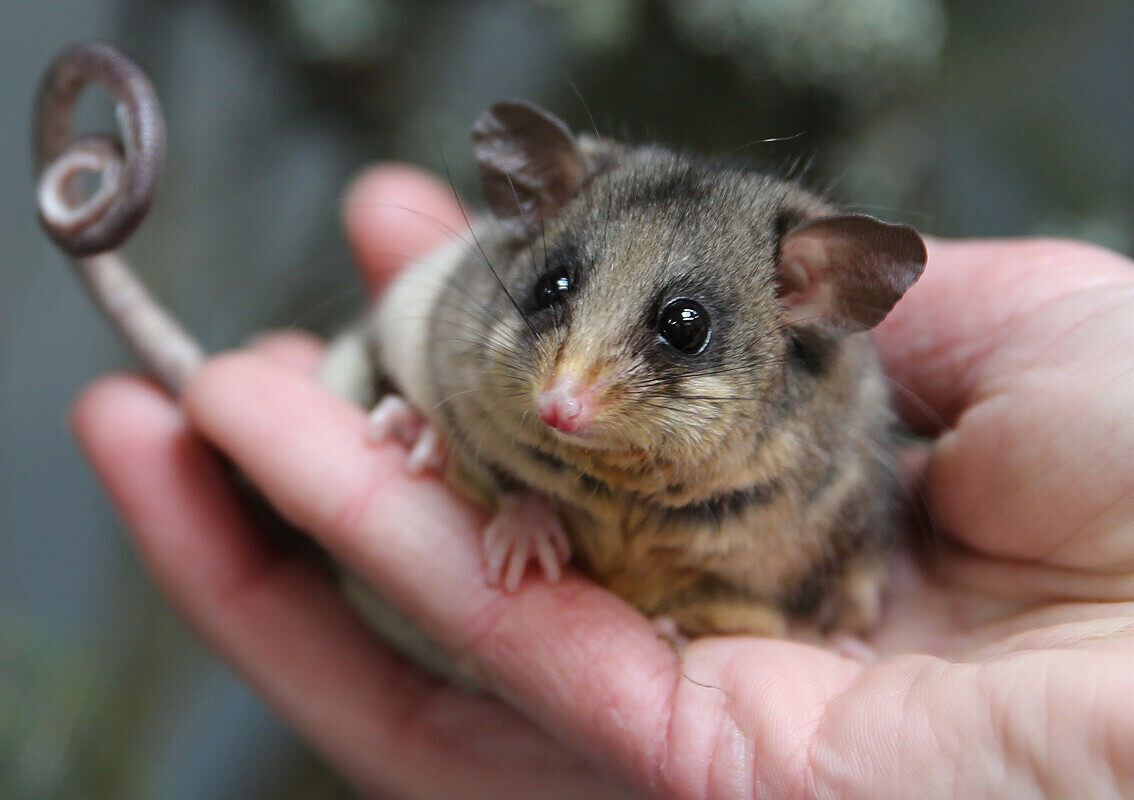 September is springtime in Australia, which means that thousands of mountain pygmy-possums are waking up, ravenous, after five months of hibernation in the Victorian Alps. Luckily for the possums, Australian spring usually brings billions of bogong moths to the mountain range, in an annual migration that fills the air with the imperceptible vibrations of countless fluttering wings. So pygmy-possums never needed to worry about finding prey—until now.

Two years ago, the bogong moths stopped showing up, and when the hungry possums woke, they didn’t have much to eat. According to researchers from Zoos Victoria and the University of Melbourne, many of the moths seem to be getting lost, apparently derailed from their yearly nocturnal migration by human-caused light pollution. In September of this year, the researchers launched a citizen science campaign, Lights Off for Moths, asking Australians to keep the night sky a little dimmer and less distracting to help save the moths. In the process, they want to bring back what is “arguably Australia’s cutest possum,” Sally Sherwen, the wildlife and conservation director at Zoos Victoria, writes in an email.

Bogong months, small brown bugs approximately the size of a paperclip, are not as cute as the pygmy-possums. But the moths complete an exceptional journey for such small creatures, according to a 2016 study in Frontiers Behavioral Neuroscience. To escape the heat of Queensland, New South Wales, and Victoria, the moths flock to the mountains and huddle together in caves, forming colonies so massive that their brown wings look like tiny shingles. When summer ends in March, the moths leave the cave, return to the plains to breed, and die.

Despite having no memory of this enormous migration, the next generation of bogong moths sets out along the same path—a rare and enormous instinct for any creature, let alone an insect. The monarch butterfly completes a similarly long and directed journey. But while the monarch takes cues from the sun as a compass, the moths travel at night, relying on the Earth’s magnetic field as well as visual cues that are more unreliable and difficult to spot, according to the study. As the moths flap through the night, they’re easily derailed by the bright lights of towns and cities, drawn to the proverbial flame. (For many moth species, the attraction to light can be fatal, as it exposes them to predators or causes them to overheat and die, according to National Geographic.)

Hence the “Lights Off for Moths” campaign, which asks Australians to turn off their lights from September 1 to October 31, during the moths’ peak migration. “If people turn their outdoor lights out, we are giving Bogong Moths the best chance to reach their migratory destination,” Sherwen says. The researchers also want to know where the moths have gone off track, so Zoos Victoria has launched the Moth Tracker app, which allows people to send in any pictures of migrating moths. Sightings will likely occur after dark, as the moths become active, Sherwen says.

Unfortunately, artificial light pollution isn’t the only thing plaguing the bogongs. Extreme drought in the species’ breeding areas, which may be linked to climate change, and pesticide use in agriculture have also contributed to the catastrophic decline of the population, according to The Guardian. But the researchers still believe reducing unnecessary light pollution would be a small sacrifice for Australians and a big help to the moths.

Meanwhile, to stave off starvation in the possum population, scientists have developed a short-term solution. Researchers leading a captive pygmy-possums breeding program at Zoos Victoria analyzed the nutritional makeup of a bogong moth to develop a suitable substitute, which they’ve named a Bogong Ball. They’re considering airdropping these balls to feed the possums, pointing to successful supplementary feeding strategies that have helped species such as the endangered Helmeted Honeyeater in the Yellingbo Conservation Reserve in Victoria. Sherwen says this kind of food-dropping has never been attempted before for pygmy-possums, so the researchers are collaborating with the Mountain Pygmy-Possum Recovery Team, which plants additional trees and shrubs to help the possums find alternate food sources.

If pygmy-possums disappear, so too could some Victorian Alps flora. The small possums eat nectar and pollen from banksias and bottlebrushes, and in the process they serve the important function of pollination, according to Bush Heritage Australia.

Even if the moths were to come back, pygmy-possums don’t have it easy, Sherwen says—there are approximately 2,000 left remaining in the wild. The critters’ already imperiled existence could get more difficult as climate change reduces the snow cover necessary for their hibernation, human construction encroaches further on their habitat, and introduced predators such as feral cats and foxes prey on the remaining individuals. They’re so small that even large spiders can pose a threat. Still, Sherwen sees the bogong moths (or lack thereof) as the most pressing threat to the pygmy’s future. Bogong balls may do the trick, but there’s nothing like the real thing.

What other adorable animals would you like to see getting some attention? Head over to the Atlas Obscura Community Forums to let us know, and share any other thoughts or feelings you have about the story!

Why an English Manor Is Deploying Parasitic Wasps and Moth Pheromones

Conservators are trying to protect historic treasures—but it's all more subdued than it sounds.
mountains

The Effort to Save Colombia's Underground Mountaintop Tombs

Scientists and conservators are finally able to return to what was once an Andean war zone.
mountains

The Last Wild Caribou in the Contiguous U.S. Is No Longer Wild

After a brief stint in captivity, she will be released, but even then, her future is uncertain.
animals

To understand what's happening with the beloved critters, first you have to find them.
Video • Object of Intrigue

5:09
Want to see fewer ads? Become a Member.
From Around the Web
Related

The work is for the 90th anniversary in 2021, but the real party is still a decade away.
Read more
Thanks for sharing!