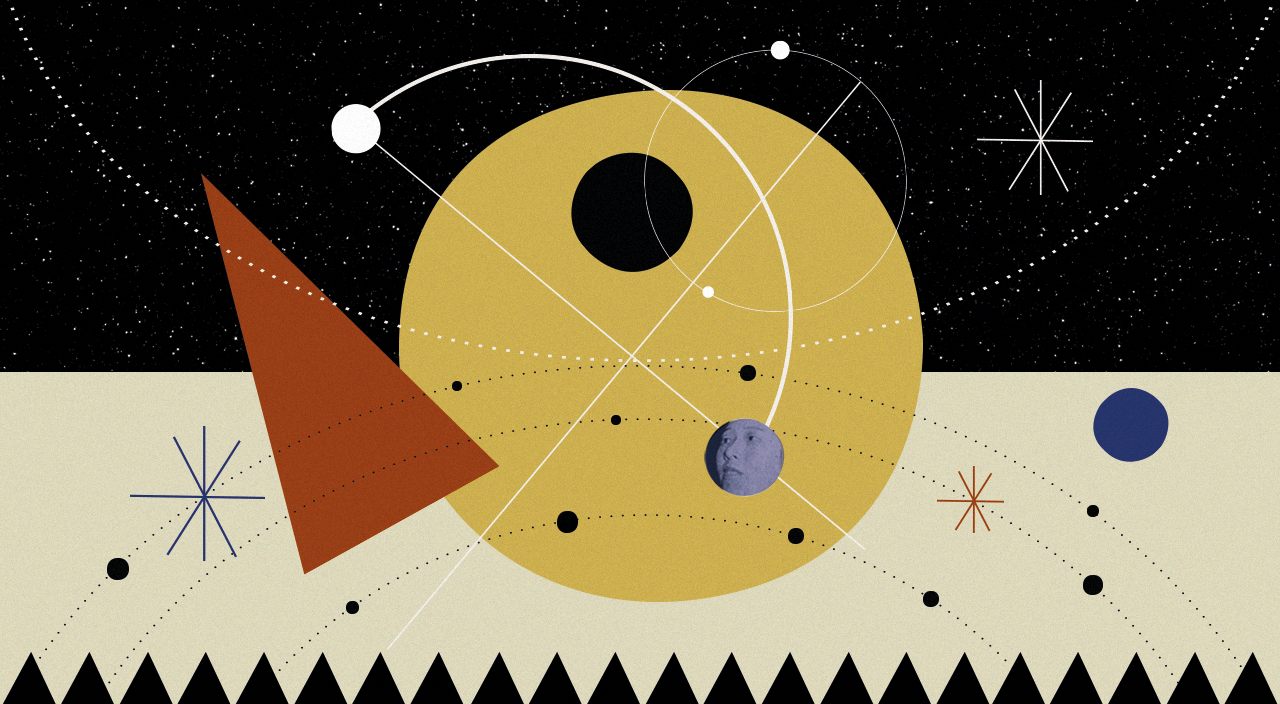 Hisoko Koyama spent over four decades documenting sunspots, and is only now gaining recognition for her achievements. Helena Pallarés
In This Story
Destination Guide

One night in Tokyo, in the years before World War II, Hisako Koyama looked up, out into space, and saw a shooting star. It could have been passing moment, one that others would miss or quickly forget. For Koyama, the impression left by the streaking meteoroid was an inspiration. Without formal training, she would go on to become an astronomer, who observed just one star, the Sun, with a dedication shared by only in a handful of people in the past 400 years. Her daily observations of the Sun’s dark spots, drawn by hand, are one of the most rigorous and valuable records of solar activity ever made, and put her alongside Galileo as a careful, dedicated observer of celestial spheres.

“The great ordinariness of her work, applied over more than 40 years, became extraordinary,” says Delores Knipp, a research professor of aerospace engineering at University of Colorado at Boulder, the lead author of a new Space Weather paper on Koyama’s life and work.

Koyama started her astronomical observations during the dark nights of the war. When air-raid sirens sounded she could be found outside, under the cover of a futon mattress. She would look up at the stars, clearer with the city lights blacked out, and consult her star charts by shining a small flashlight on them, hiding the glow. Her father gave her a 36 mm telescope, and in 1944 she drew her first sunspot sketch and sent it to the Oriental Astronomical Association. (She had wanted to observe the Moon, but her scope was not strong enough to reveal its details.)

Encouraged by the president of the association’s solar section and widowed by the war, in 1946, Koyama started using the 20 cm refractor telescope at Tokyo’s science museum, now known as the National Museum of Nature and Science, to document the sun’s activity. With the image of the Sun projected onto a sheet of paper, she would note the black sunspots that dotted the surface. She soon became a museum staff member and, for the next four decades, she spent a couple of hours, most days of the week, looking at the Sun and drawing its spots, whenever clouds did not block her view.

Koyama’s drawings have an elegance and detail to them. “Sunspots have very dark cores,” says Knipp. “Surrounding those are lighter-colored fibres, like there are threads of plasma that link those sunspot cores to other regions. In many cases, she was able to capture those.” Most valuable, though, was her consistency.

Sunspots are artifacts of the Sun’s magnetic cycles. They indicate places where magnetic activity has slowed the transfer of heat, and Sun’s surface temperature has dropped from the normal, astounding 5,780 degrees Kelvin to a relatively cool 3,000 to 4,500. Over long cycles of roughly 11 years, these spots appear in various concentrations at different latitudes, beginning closer to the Sun’s poles and traveling toward its equator. Recording the appearance and disappearance of these spots requires some judgment on the part of the observer. Sunspots often appear in groups, with the clustered dark spots—the umbras, where the magnetic field is strongest—surrounded by lighter penumbras. One observer’s method of counting spots and clusters might differ from another’s, especially since, over time, telescope technology has changed and clarified the details of the Sun’s surface. What might have been documented as a spot with 17th-century technology could be defined as a cluster if observed with the tools of the 20th century.

Koyama’s great accomplishment was the dependability of her observations. Over 40 years she made more than 10,000 drawings of the Sun’s changing features. Across all those records, she followed the same standard to guide her counting and made her observations from the same spot on Earth. Most of them were even made with the same telescope. Her record is so thorough that she was able to document, by hand, the butterfly-shaped signatures of sunspots as they move in cycles over time. The three-and-a-half butterflies represented by her work are evidence of four decades of observation.

To see a sunspot, one has to seek it out, with a lens that blocks the Sun’s glare to reveal what’s hidden underneath. Most of us don’t take the time, or worry much about sunspots, even though they are the marks of processes that affect us here on Earth. Some of Koyama’s colleagues recognized the magnitude of what she accomplished and encouraged her to publish her work, which appeared in 1985 as a book, Observations of Sunspots 1947–1984. But even within the field of astronomy, she was little celebrated. In 2015, when Knipp first saw her picture, in the corner of a presentation slide, she was astounded. She’d never seen a photo like that, of a female solar observer drawing sunspots. “How could I not know about that?” she thought. How could it be such a surprise?

The impression left by that photograph, which appeared on the screen for just a moment, was more than fleeting, and inspired Knipp to piece together a record of Koyama’s life. She asked around among Japanese colleagues and found just one retired scientist—one of the few Japanese women on a space or earth science faculty—who knew of Koyama at all. But as Knipp started to gather research, with the help of Huixin Liu and Hisashi Hayakawa, the coauthors of the Space Weather paper, she found that, with careful observation, she could start to see the shape of Koyama’s story more crisply. Observations of Sunspots was in the library of the high-altitude observatory where Knipp has a joint appointment, and Koyama had left behind clues in the articles she wrote for amateur astronomy journals. Piecing them together, Knipp and her colleagues sketched out a fuller picture of Koyama’s life.

Because she was an amateur astronomer, without an advanced degree or work advancing astronomical theory, Koyama’s observational record was less valued by the professional astronomy world than it might have otherwise been. “That was perhaps exacerbated by the normal situation where we find that women don’t get quite as much credit as men,” says Knipp. “You put all those factors together, and now, when she passed away 20 years ago, this history was a fading light.”

The people most familiar with Koyama’s work, though, have found it admirable. “She is a sunspot observer of great renown,” one of her colleagues in the astronomy association wrote in the 1970s. By 2001, the National Museum of Nature and Science had digitized her sunspot drawings and made them available online. More recently, a team of scientists working to reconstruct and regularize the sunspot record going back to 1610 have chosen her observations as one of the “backbones” of their work—a set of observations made by one person, over as long a period as possible, of such high quality that they can be used to normalize all other observations. The speaker who flashed that slide of Koyama is among those working on the project. “He put her name in a sentence with Galileo and Heinrich Schwabe and others who I recognize of being the giants of the sunspot records,” says Knipp. That was the first indication she had that Koyama might deserve careful attention.

When we keep our eyes open to the world and to small observations, of a shooting star, of a woman long overlooked, revelations can follow. As Koyama wrote in one of her articles, “I simply can’t stop observing when thinking that one can never know when nature will show us something unusual.”

Found: A Grasshopper Embedded in a Van Gogh

One of the perils of painting outdoors.
kickass womenastronomyfeaturesscience

For generations, women have been critical to bringing order to the chaos of the solar system.
astronomy

Teams of female scientists made critical breakthroughs in astronomy and mathematics–but it was decades before they'd get credit for them.
dinosaurs

The Scrappy Female Paleontologist Whose Life Inspired a Tongue Twister

For this community of “space cowboys,” entrepreneurs, and enthusiasts, a fireball streaming across the sky offers big risks and bigger rewards—and new tech is heating up the competition.
Video