Ash From the Taal Eruption Will Stick Around ‘Pretty Much Forever’ - Atlas Obscura
Want to see fewer ads? Become a Member. 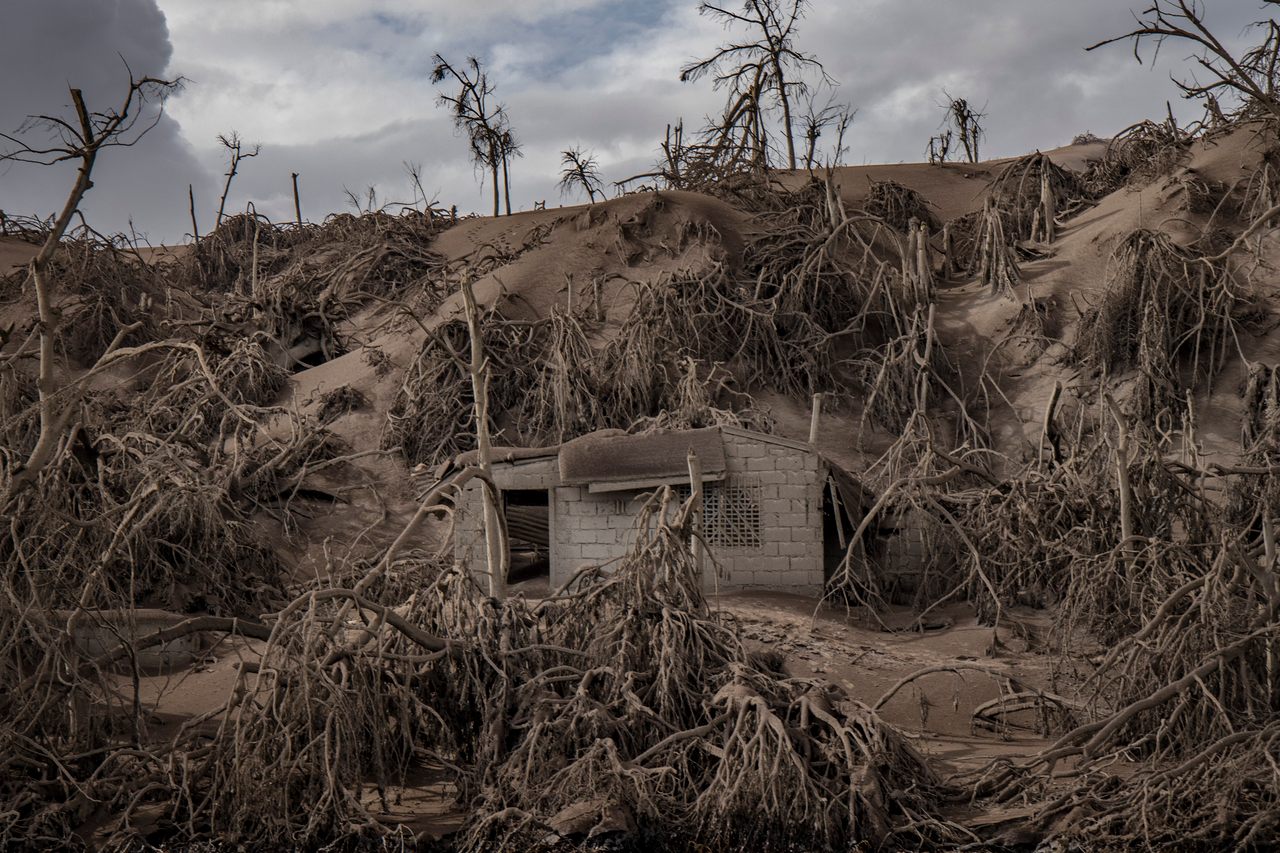 The ash muted and mangled the landscape. Ezra Acayan/Getty Images
In This Story
Destination Guide

Over the past few days, the area around the crater of the Taal volcano, which sits south of Manila on the island of Luzon, in the Philippines, has become a more monochromatic world. The volcano belched ash—very fine fragments of volcanic rock, made up of glass and crystals—several miles into the air, CNN reported. When the ash drifted to the ground, it carpeted the usually lush landscape with thick, wet layers of sand-colored or silvery gray powder. The heavy ash fatally submerged horses and cows; it covered roofs and coated statues. It dusted a pineapple farm so thoroughly that the fruit looked spray-painted.

Volcanic ash can spread far and wide. “The higher it goes, the greater extent to which it’s going to travel,” says Michael Manga, a volcanologist and chair of Earth and planetary science at the University of California, Berkeley. The height depends on several factors, including how much energy an eruption has. “More energy is usually caused by more gas and stickier, thicker magma,” says Tracy Gregg, a volcanologist at the University at Buffalo. (Magma, or molten rock, always holds gas, but in an especially gloopy, thick matrix, pressure builds up and eruptions can be particularly powerful.)

The distribution of ash also depends on wind speed and strength, says Kristi Wallace, a geologist at the Alaska Volcano Observatory—but under certain conditions, it’s nearly boundless. “The biggest volcanic eruptions will distribute material globally,” Manga says. When Mount Pinatubo—another volcano on Luzon—erupted in 1991, the spewing sulfur dioxide reached the stratosphere and dispersed across the planet, according to the United States Geological Survey.

Small ash particles soar higher than fountains of lava, Manga says—and wherever they land, they can stay put for ages. Much of the ash will eventually dry out and be blown away by wind, or perhaps washed out by rain. But some will remain. At first, ash may suffocate what it lands on—but over time, the iron and other nutrients inside it will make for nourishing soil, Manga says. “It’s one reason volcanoes are so great for agriculture,” he adds.

The immediate future for Taal isn’t so clear—there’s still a risk that it could erupt even more intensely, if more water from nearby lakes infiltrates the hydrothermal system. When magma mixes with water, “those tend to be very explosive eruptions,” Manga says. Given the potential for a massive eruption and the proximity to water, a tsunami isn’t out of the question, either, Scientific American reported. But whatever happens over the next few days, a record of this eruption will already be preserved in the ground. The lingering ash that isn’t blown away or eroded will eventually be buried and sealed into the sedimentary record. “If you were to dig a hole underneath you, you’d find deposits,” Manga says. “It sticks around pretty much forever.”

Meet the Rocket Scientist Who's Also a Whole Hog Pitmaster