Take a Journey Into One of the World’s Most Impressive Map Collections - Atlas Obscura
Want to see fewer ads? Become a Member. 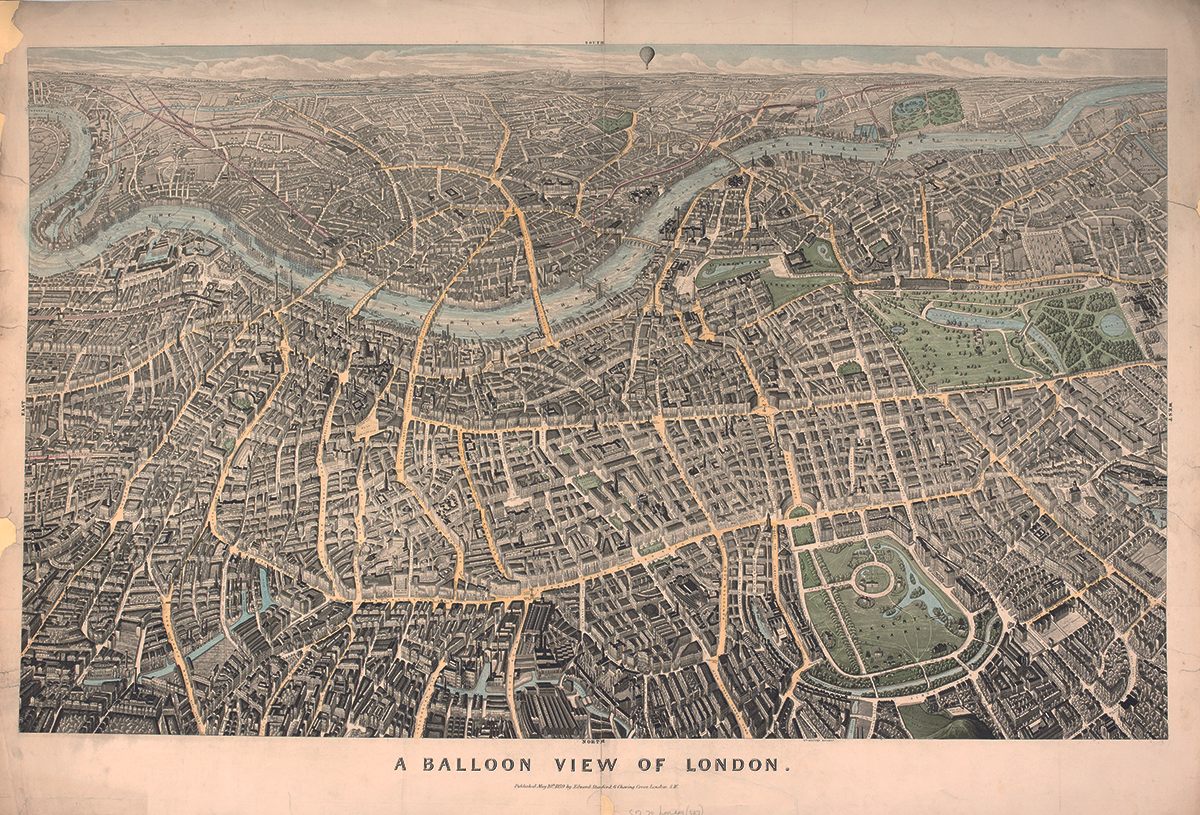 A balloon view of London, 1851. All Photos: Courtesy Treasures of the Map Room: A Journey Through the Bodleian Collections/Courtesy University Chicago Press
In This Story
Place

One of Europe's oldest libraries.
Place

Ruins of the Crystal Palace

The remains of Crystal Palace Great Exhibition of 1851.
Destination Guide

In 1851, Edward Stanford published an unusual map of London. It looks south across the capital, and depicts a landscape undulating with details: streets, canals, parks and of course, the twisting Thames. But it’s the perspective that is most intriguing—it is etched as though viewing the city from a hot air balloon over Hampstead.

The timing of the map’s publication coincided with the first day of the Great Exhibition of 1851. Amid the wonders of industry on display at the Crystal Palace, the map clearly still resonated with Victorian audiences: reissues continued for over twenty years. Today, an original is held at the University of Oxford’s Bodleian Map Room.

The map collection at the Bodleian Library is one of the world’s largest, containing over a million maps from the early medieval ages to the 21st century. A new book, Treasures from the Map Room: A Journey Through the Bodleian Collections, chronicles the history and stories behind 75 of the Library’s most impressive maps. Highlights include an 11th century world map from the Book of Curiosities, and Britain’s first road map from 1675. Atlas Obscura has images of these, and more.

Do not try them at home.
mapsvisualphotographylibraries

Feel free to judge these books by their covers.
maps