The Ends of the Earth: Ground Zero for the Mayan Apocalypse - Atlas Obscura
Want to see fewer ads? Become a Member.
In This Story
Place

These azure waters were thought to lead to the Mayan Underworld.
Place

This singular broken monument, now housed in a museum, was the cause of a worldwide "Mayan Doomsday" phenomenon.
Place

Pyramid of Kukulcan at Chich'en Itza

Every equinox this Maya pyramid puts on a spooky ancient light show. 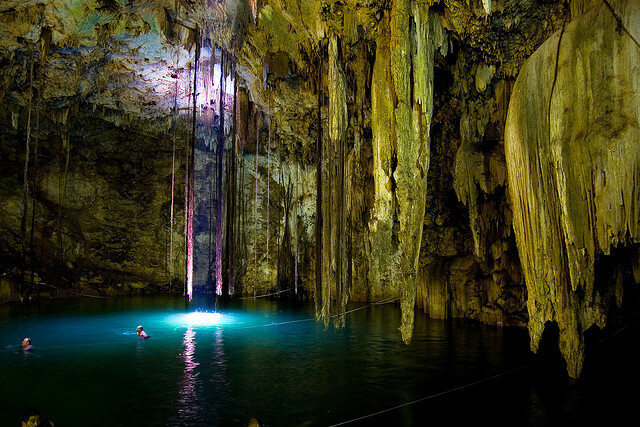 The Ends of the Earth is a regular feature at Atlas Obscura in which we identify and explore locations which are extremely difficult to reach, places where few have gone, and few returned. In other words, we are looking for the true “Ends of the Earth.”

For our inaugural installment of The Ends of the Earth, we thought we’d go with a nice double entendre. Not only are we going to show you a couple of places that are impossible to reach, as we normally would, but on this particular Friday we’re going to consider the secondary meaning of the phrase “end of the Earth.”

So we’re searching for what might be a potential ground zero of the Mayan apocalypse. Widely believed to be occurring at some point today, December 21st, 2012, the notion of a “Mayan apocalypse” is based on a single pillar discovered in the ancient ruins of Tortuguero.

The pillar is one of several incarnations of the Mayan “Long Count” calendar, but what makes it unique is its specificity about when and how the calendar will end. Ultimately, the pillar is inscribed with a seeming doomsday prediction, adamant that this date marks the end of the current epoch and carrying text which translates roughly as:

“It will happen
[Illegible]
He will descend”

So the current location of this pillar is as good a place as any to imagine the apocalypse kicking off. But it certainly isn’t romantic; at this moment, the pillar is housed in a museum in Villahermosa, Mexico, not the actual ruins of Tortuguero. This might have something to do with the fact that the actual ruins of Tortuguero are directly beneath a modern cement processing plant.

A more intact ruin site does exist, however, and it already has a reputation for the supernatural. 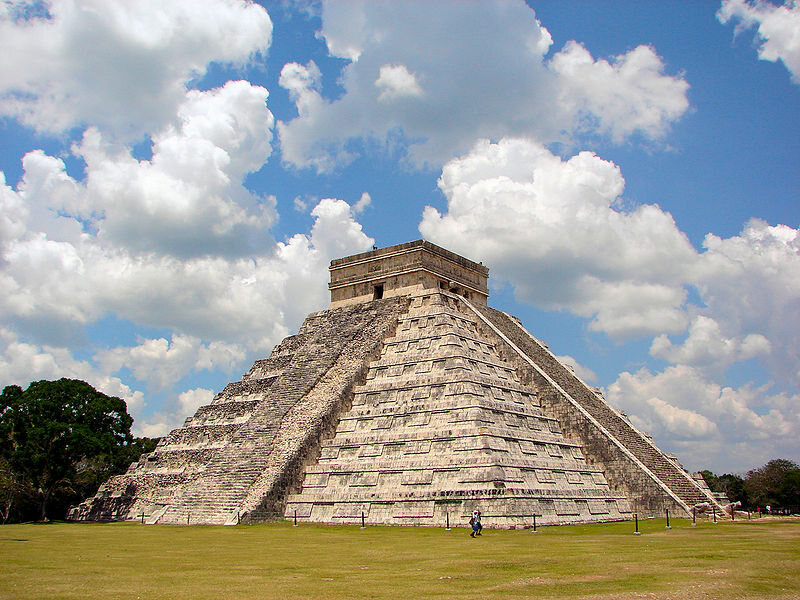 The Pyramid of Kukulcan at Chich’en Itza is said to be visited twice a year, at the Spring and Autumn equinox, by Kukulcan (or Quetzalcoatl). This results in a very popular festival and celebration breaking out on those dates to celebrate the ancient god and legend. So it’s possible that doomsday will occur here, if for no other reason than the fact that we’ve already embraced visitations from our Mayan overlords via this site.

These locations are remote by Western standards, but by no means are they impossible to reach. So this last option is more in tune with the spirit of this space. The entrance to the Mexican underworld has long been thought to be beneath the gorgeous waters of an aquatic cave structure known as Cenote Xkeken, and it’s certainly hard to reach.

The shimmering blue waters of Cenote Xkeken are fascinating and mesmerizing, and the intricate stalactites and other natural adornments of the caves make it obvious why the Mayans, as well as cultures both before and after theirs, believed these caves to be the entrance to another world.

It’s certainly a great place to explore, even if most people cannot take the time, effort or hardcore training needed to explore underwater caves. But that might be for the best anyway, since on or around the 21st, that water could very well turn into a portal into another dimension and start spilling out gods and demons at any moment.