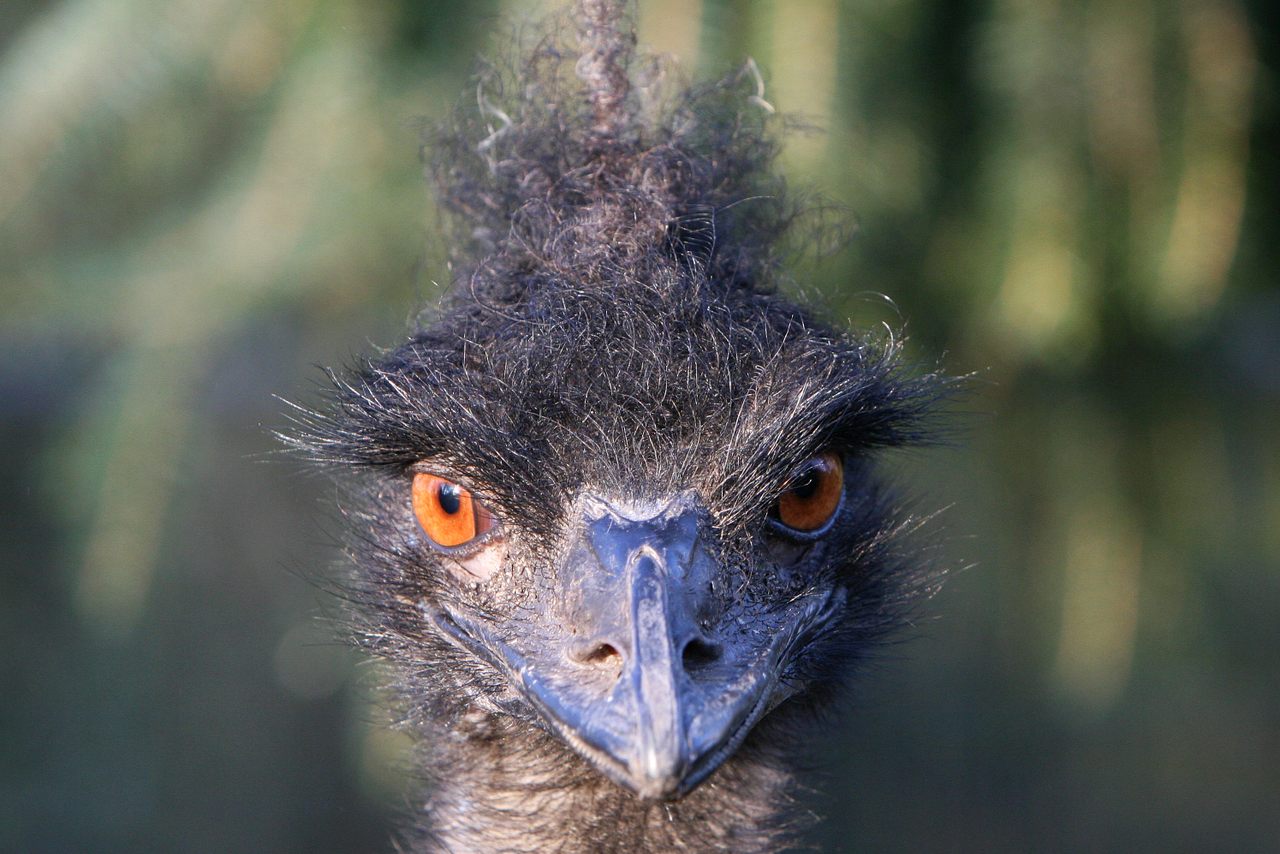 Once protected as a native species, the emu became the enemy of Western Australia's farmers by destroying the region's wheat fields. Arjan Haverkamp / Wikimedia Commons, CC BY 2.0
In This Story
Destination Guide

Here is a sentence that is at once absurd and unsurprising: in 1932, Australia declared war on emus.

It sounds like a joke, but the Great Emu War of Western Australia was real. Soldiers with machine guns were deployed to fight off the flightless birds.

What did the emus do to deserve armed combat? Western Australian farmers had been facing hard times with their crops following the Great Depression, and their difficulties increased tenfold with the arrival of some 20,000 emus migrating inland during their breeding season. The birds had been protected as a native species until 1922, but now that they were classified as “vermin,” all bets were off.

The farmers relayed their concerns to the government, which called upon a deputation of ex-soldiers—many now farmers—from the first World War, who requested the use of machine guns to fight off the emus.

The battle began in early November 1932, when the soldiers encountered a lock of about 50 emus and succeeded in killing several before the birds scattered. A few days later, however, a second encounter with about 1,000 birds turned into clear victory for the emus when a machine gun jammed.

The Australian media quickly came to see the enormous birds as foes too crafty for mere human soldiers. Even a newsreel from the era prematurely announcing a human victory describes the tall, long-necked birds as “an advancing army with keen eyesight…the enemy watching event through their periscopes raised up over heads of corn.”

The Emu War was summarized thusly by Australian ornithologist D.L. Serventy: “The machine-gunners’ dreams of point blank fire into serried masses of Emus were soon dissipated. The Emu command had evidently ordered guerrilla tactics, and its unwieldy army soon split up into innumerable small units that made use of the military equipment uneconomic. A crestfallen field force therefore withdrew from the combat area after about a month.”

The human soldiers fired their Lewis guns with vigor, but it was the emus that came out victorious in the Great Emu War of 1932. The birds remain plentiful in the areas outside of Perth to this day, and their triumph may be destined for the big screen. As of 2021, an action-comedy film inspired by this unexpected chapter in Australian history was in the works.

This story was updated to include more information on the Great Emu War and the film inspired by it.

The Man Who Develops the World's Found Film

Watch a Bird Trick Meerkats Out of Their Food

Turns out drongo birds are the ultimate con artists of the animal kingdom.
nature

Are You Popular? This 1947 Video Has the Answer

A place where when people moved out, lions moved in.
Video • Gastro Obscura