The Strange Story of Why Belize is Full of Chicago Cubs Fans - Atlas Obscura
Want to see fewer ads? Become a Member. 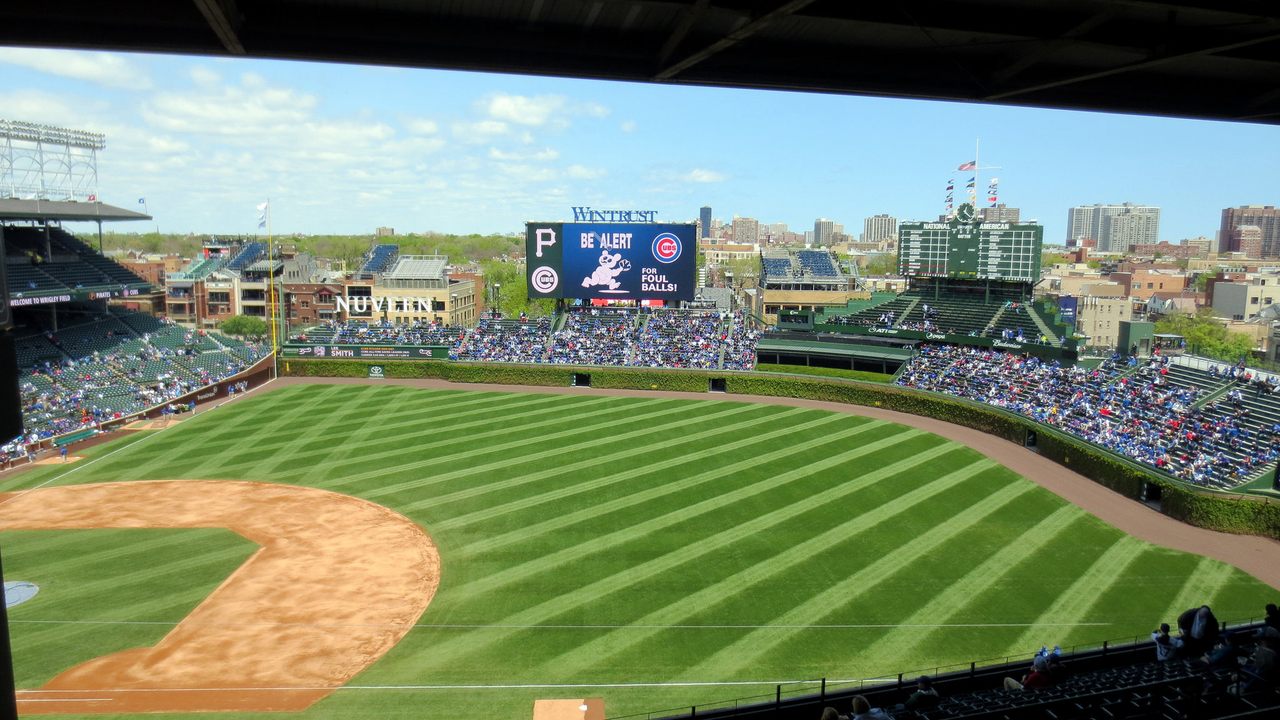 Less than four years after gaining independence from the United Kingdom, the Central American nation of Belize notched a smaller, yet somehow lasting, triumph in 1985. That winter, the Chicago Cubs sent their star outfielder Gary Matthews, Sr., to visit the country, which is often claimed to be the most Cubs-friendly land outside the Windy City. Matthews’s visit was the culmination of a love affair that had begun in 1981, the year when Cubs games began being broadcast in the country.

The relationship has continued to this day. Right now many Belizeans at home and inside the United States are cheering on the Cubs, who have returned to the World Series for the first time since 1945 and are attempting to break a championship drought that stretches all the way back to the first Roosevelt administration, 1908. The team finished the 2016 season with the best record in baseball, wracking up 103 wins (and 58 losses), an achievement that put them a whopping 17.5 games ahead of their closest division rival, the St. Louis Cardinals.

Melanie Walker, who was born in Belize and lives in the Los Angeles area, is watching the Cubs’ championship run with nostalgia. “Of course I’m a Cubs fan,” she says. The 42-year-old remembers watching the team play during her childhood. Her husband has been taping the Cubs’ playoff games while she works at the Little Belize restaurant in Inglewood, California. He’s a Dodgers fan, but she’s confident the Cubs are going to win it all this year.

Looking across Belize City. Danakosko/CC BY 2.0

Why the Cubs—and why Belize? Like a lot of stories from this part of the world, it began with pirates. In this case, however, the outlaws were local TV impresarios, not swashbuckling Johnny Depp look-alikes. In the early ‘80s, there were no television stations in Belize, the only country in Central America whose official language is English. (Anyone with a set would use it to watch VHS tapes.) In 1981, however, Belize City business couple Arthur and Marie Hoare began transmitting the famous Chicago television channel WGN-TV via satellite, bringing programming to Belize. Channel 9, the Hoares’ bootlegged Belize affiliate of WGN, brought Cubs and Bulls games into living rooms and bars throughout the country, sparking an interest in Chicago sports that has continued—with varying levels of enthusiasm—to this day.

“As [WGN’s] signal was relayed into Belize City by the Hoares, ‘world and country’ were glued to their television sets to see the mighty Cubs win or lose (mostly lose),” remembered politician Michael Finnegan in a 2013 article in the Belizean paper Amandala.

Belize was ripe for adopting a professional baseball team. In the early ‘80s popularity for the sport was picking up in Belize: It had a well-attended travel-baseball league, and game broadcasts from a handful of American cities could be heard on shortwave radios. But “when the Cubs came on, and it was the only station [people] could view, they naturally gravitated to the Cubs,” says G. Michael Reid, a veteran Belizean journalist.

Belize is claimed to be the most Cubs-friendly city outside of Chicago. WhosThisValGirl/CC BY-ND 2.0

Other factors helped solidify the connection. There was (and still is) a large community of Belizeans in Chicago. “[They] started going to Cubs games and holding up signs like ‘Hello, Belize!’” says Richard Wilk, a professor at Indiana University who was working in Belize at the time of Matthews’s visit. “You could go out to the Cubs game and hold up a sign, and your grandma down in Belize would be able to see it.” Eventually the Cubs organization—and even Harry Caray himself—began acknowledging its Belizean fanbase. The small country appreciated the recognition, says Wilk. “Belizeans are always getting lumped together with Jamaicans. They hate that.”

Also, the Cubs were actually good. In 1984 they went all the way to the National League Championship Series, and three of their players—Ryne Sandberg, Rick Sutcliffe, and Matthews—finished in the top-five of National League MVP voting. (Sandberg, the Hall of Fame second baseman, would win the honor.)

The country’s tiny size may have kept American television executives at bay. In a 1989 Washington Post dispatch from Wrigley - South, reporter William Branigin explained that “U.S. broadcasters consider the Belize market so small that trying to stop the operations would not be worth the trouble.”

The turnout for Matthews—who Belizeans often refer to as just Sarge, his nickname—was enormous. During his parade through Belize City, “I couldn’t get close to the road. I couldn’t see a thing,” says Wilk. Not too shabby for a country whose population was approximately 165,000 people at the time. According to Wilk, more people came out for Matthews than for Princess Margaret, who had visited the year before, and even Queen Elizabeth, who visited in 1986. Matthews brought baseball equipment along with him, which he donated to youth league teams, further enhancing the Cubs’ reputation.

As the Cubs faded back into mediocrity, however, and additional TV channels sprouted up in Belize offering more than just WGN, many Belizeans moved on. Basketball is probably the biggest sport in Belize right now, says Reid, who admits he’s not a Cubs fan. He lived in New York City for some time, and is actually a fan of the Knicks, “which is kinda like basketball’s version of the Cubs—they just can’t win.”

Most of the fans watching the Cubs in Belize today are Gen-Xers who grew up watching the team, says Jerry Martinez, a 36-year-old banker from Santa Elena, a city in the western part of the country. If the Cubs can lock up the World Series, Martinez thinks the romance may be rekindled. There are still diehard fans in the country, he says, but “people here usually ride with winners,” especially younger Belizeans.

However the season turns out, Martinez is determined to make his son a Cubs fan. “I grew up a Cubs fan and will die a Cubs fan,” he says. “We’re the lovable losers that introduced Belize to baseball.”

Update, 10/26: An earlier version of this story identified Belize as a Caribbean nation; we’ve updated to more accurately place it in Central America.

At the northern tip of Manhattan, the ballpark was a magnet for families, entrepreneurs, and celebrities.
food

At the end of his career, the Bambino wanted the Bronx and got a different borough instead.
Video • Wonder From Home