Happy 100th Birthday to the Theremin, Instrument of the Future - Atlas Obscura
Want to see fewer ads? Become a Member. 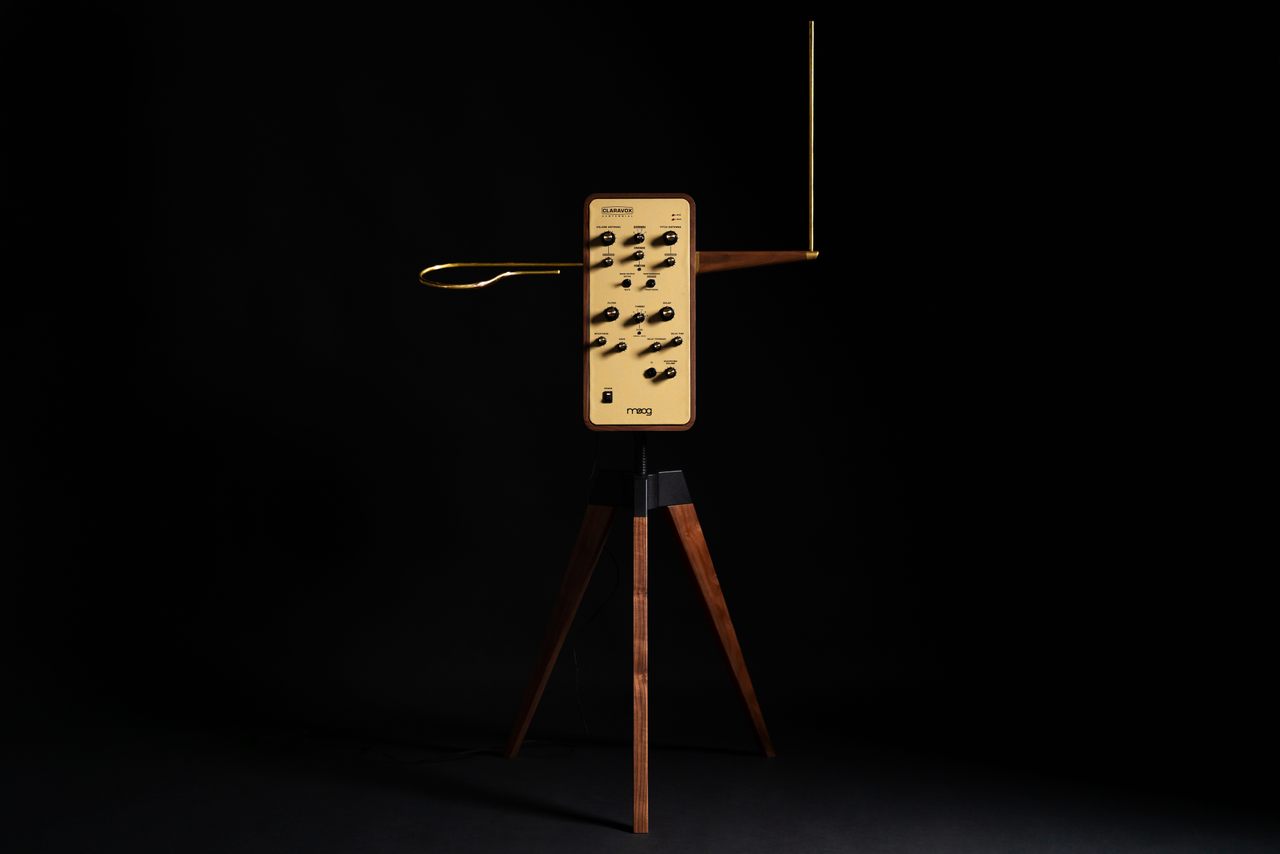 Unlike other future virtuosos, Grégoire Blanc didn’t take up his instrument after hearing a symphony, eyeing a glossy magazine, or catching The Beatles on Ed Sullivan. Blanc’s path to musical prowess went through science class.

It was there that a teenage Blanc, now 24, learned about a curious contraption called the theremin. The instrument consists of two antennae, arranged perpendicular to each other, with the vertical one controlling pitch and the horizontal loop controlling volume. The player touches only air—no strings, keys, or frets to be found.* Invented 100 years ago, in 1920, it’s one of the oldest purely electronic instruments in history. By now the theremin is hardly a stranger to mainstream audiences—it’s been prominently featured in countless film scores, and mimicked in an iconic pop song—but many still find its warbling mysterious, beguiling, and not a little bit unsettling.

Reflecting on the historic instrument in its centennial year, Blanc thinks back to the sheer audacity of its creation. “Imagine in the 1920s, where electricity was not in every home,” he says. Then, suddenly, someone comes along who can use electricity to do the work of a cello. Namely, that somebody was Soviet physicist Leon Theremin (born Lev Termen), a government researcher working on the development of proximity sensors that could sense approaching objects using electromagnetic waves. He arrived at something quite different: an instrument with a tone similar to a violin’s, but uniquely its own—thinner, like a human voice in falsetto, pinched through a straw.

Rather than punish Theremin for failing to complete his assignment, Vladimir Lenin praised the young inventor, and saw in his work an opportunity to show off a symbol of Soviet ingenuity. (Punishment came years later, when Theremin was sent to a work camp to develop more Soviet espionage equipment.) Audiences were duly amazed. In 1930, 10 thereminists performed at Carnegie Hall. Two years later, Theremin conducted the world’s first-ever electronic symphony. The instrument’s first virtuosa, a Russian émigré named Clara Rockmore, toured the instrument around the United States, alongside prominent traditional entertainers such as Paul Robeson. All the while, Theremin was conveying American intelligence to the Soviets, and working on espionage technology for his homeland.

These days, Blanc and other performers still struggle with getting audiences to appreciate the theremin’s tones as music, and not just a curiosity. People see an “image of an instrument that comes from outer space,” he says—an image burnished by its association with science-fiction film scores. It’s his job to “bring the instrument to the next level,” to help people “forget about the fact that it is spectacular … and go beyond the novelty [of the] instrument, beyond the futuristic side.” That’s partly why he’s used the theremin to play pieces such as the “Theme from Schindler’s List,” and Debussy’s “Clair de lune”: works that are beloved of the ivory towers and the black ties, which Blanc, who lives in France, hopes will help “legitimate” his 100-year-old instrument.

Indeed, some audiences don’t even believe that he’s really playing. They think it’s “a ventriloquist thing,” he explains, as they watch the performer make music from nothingness, or what appears to be nothingness. Guitars, pianos, drums, saxophones: All these come with visual, physical touchstones for the sounds being produced—keys and valves and strings and frets. The thereminist touches only air. In this way they are not unlike singers, who train their lungs to produce something invisible.

Playing the theremin is purely “intuitive,” says Blanc. It requires “a good sense of the space” that then leads to “muscle memories.” He eventually learned that pinching his fingers in one way created an octave, adjusting them gave him a third. He knows that, sometimes, even he will hit a wrong note and need to “compensate.” And that’s okay, in fact it’s part of “the character of the instrument, because the pitch is not something that is constant.” One can “recognize the jumps between the notes” on a theremin “because it is not precise.” A player’s trademark is defined by the way she “manages these transitions between the notes,” because she’ll rarely run a perfect scale.

A hundred years on, after Carnegie Hall’s Soviet show and the Beach Boys (who used the related but distinct electro-theremin on “Good Vibrations”), the theremin is still fighting to make a name for itself musically. Of course, it was destined to be misunderstood, paradoxical creature that it is. The theremin is at once futuristic and elemental, harnessing technology to reveal music that has always been just sitting in the air.

* Correction: The original version of this story incorrectly cited sound waves traveling between the antennae. The sound of a theremin is produced by capacitance variation.

We're celebrating the first year of our daily podcast with some episodes that really just sound amazing.
caves

Sessions in a Tokyo hotel room with a sound engineering pioneer captured a nation in transition.
Video