3 Transportive Documentaries That Can Take You Away - Atlas Obscura 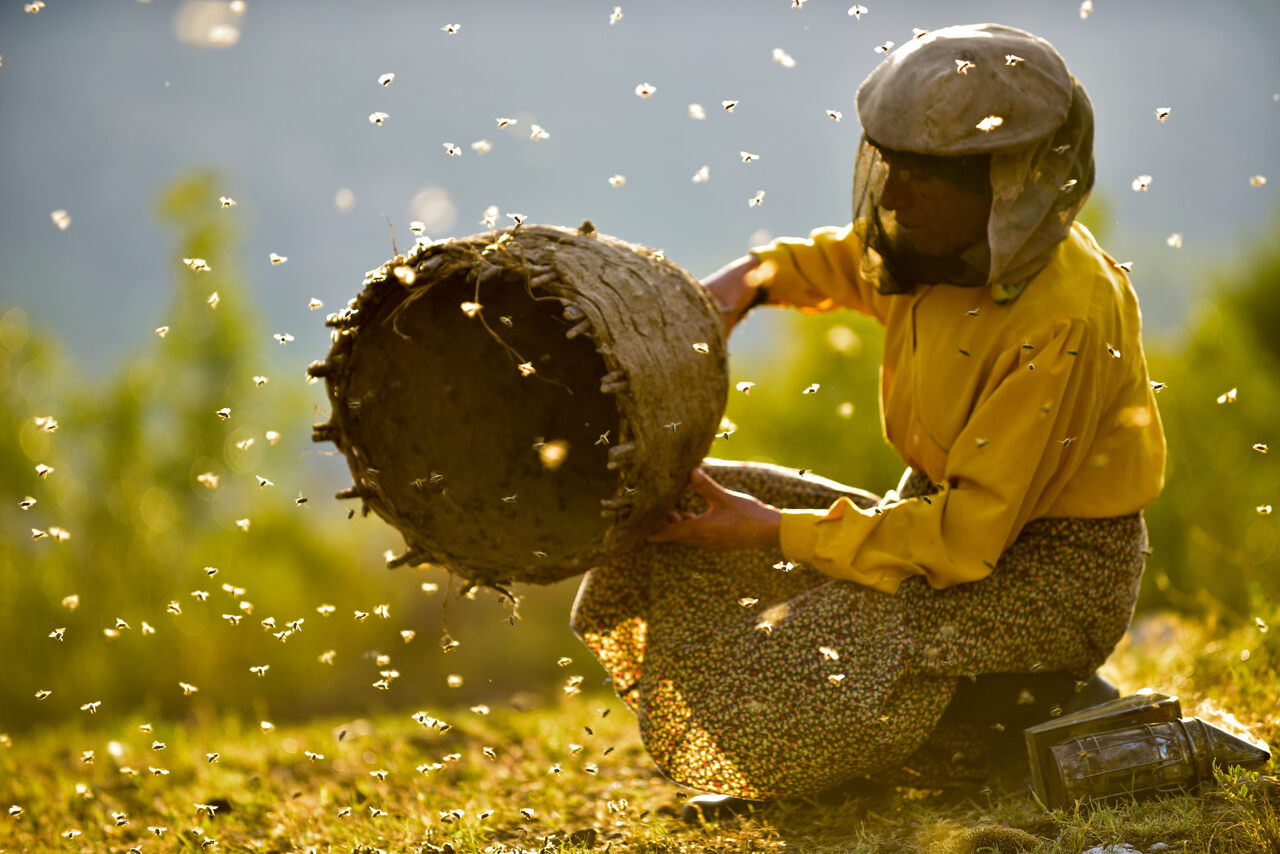 As long as communities around the world continue to weather the COVID-19 pandemic, chances are you won’t be roaming far from home. But that doesn’t mean you can’t feel transported. Cue up these documentaries—all of which are available for streaming—and you can go from Singapore to the savanna without ever leaving your couch.

Tiptoe to cliffside hives in North Macedonia and savor sweeping shots of a rugged, rolling landscape with tender attention to Hatidže Muratova’s practice of raising wild bees—all shot in a style as luscious as honey. (Streaming on Hulu)

What do animals get up to after the sun goes down? This six-episode documentary series tags along on nocturnal adventures with low-light cameras to capture darkened plains, deserts, tundras, seas, and cities. Slink behind leopards prowling Mumbai’s streets for dogs to eat, or scamper around with a crew of hundreds of long-tailed macaques in Thailand’s traffic, where they leap into trucks and pry open wrappers in pursuit of food. Come for the antic action, stay for the cool effects: Some of the footage glows white or green, as if the creatures are playing an epic, life-or-death game of laser tag. (Streaming on Netflix)

Bundle up and shuffle into Dawson City, a community in Canada’s Yukon Territory. Tens of thousands of prospectors flocked to the area, the homeland of the Tr’ondëk Hwëch’in First Nation, at the end of the 19th century. As the population of gold-hunters swelled, theaters opened up to keep residents entertained. In the 1970s, a backhoe-driving construction crew unearthed more than 530 rare silent film reels that had been sealed up for decades. The documentary, which relies heavily on old footage, weaves together the history of the community and the history of film itself. (Streaming on Amazon)

Help us keep them coming by directly supporting Atlas Obscura.
Become a Member
$5/month $10/month $20/month
See All Membership Options
Already a part of our membership program? Sign in.
No Thanks
Keep Exploring
animals

Yancia the bulldog even made the local paper: "This Seattle Dog Wears Flu Mask."
monkeys

The Curious Case of the Last 'Wild' Monkeys in Europe

Barbary macaques remain in Gibraltar thanks to a quirk of empire.
monks

What Does It Take to Breed a New Honeybee?

One monk bred a "superbee."
film

Atlas Obscura readers weigh in on the fake snacks they'd most like to try.
Video • AO Docs