The Wondrous History of the Waffle - Gastro Obscura
Want to see fewer ads? Become a Member. 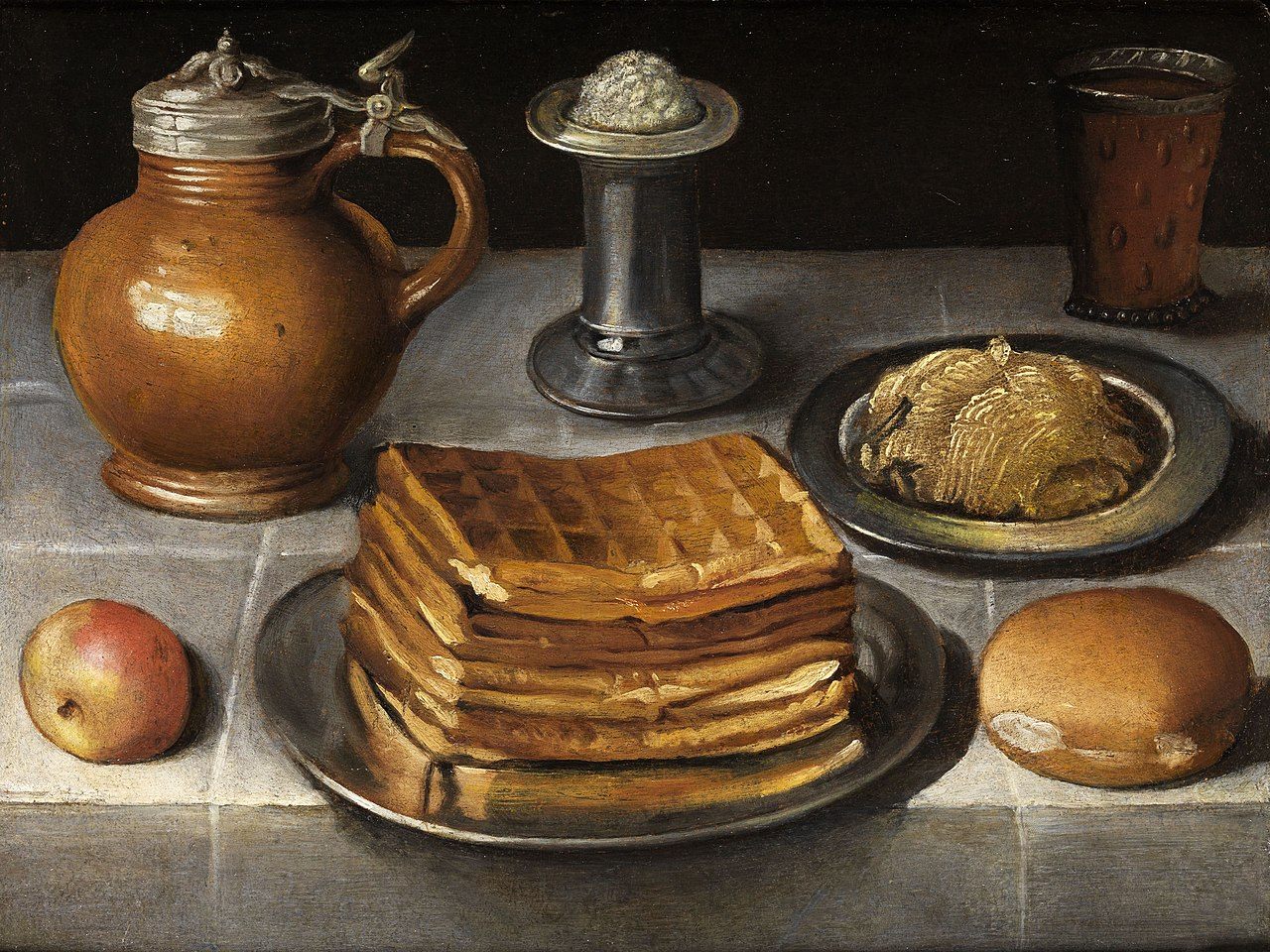 A 17th-century portrait of a waffle by German painter Georg Flegel. Wikimedia Commons
In This Story
Destination Guide

THIS ARTICLE IS ADAPTED FROM THE NOVEMBER 26, 2022, EDITION OF GASTRO OBSCURA’S FAVORITE THINGS NEWSLETTER. YOU CAN SIGN UP HERE.

Kitchen devices that have only one use are often gimmicky and rather silly, like the tabletop s’mores makers that Amazon is pushing as the hot appliance of the year. (Who eats that many s’mores?)

But I’d put up a fight if someone tried to take my waffle maker. Sure, it takes up half a kitchen cabinet, but it’s the rare kitchen appliance whose essential function can’t be replaced by some MacGyver-like creativity.

To me, waffles are the perfect food. They’re easy to make, not too sweet, and extremely versatile.

Perhaps that’s why, from medieval Europe to now, people have made room for a waffle iron in their kitchens. So this week, we’re exploring how the waffle has wound its way onto plates around the world.

Waffles have long been a familiar sight at the table. Even before the first-known waffle recipe was recorded in 1393, people had been cooking batter-based cakes and wafers quickly in special iron pans. Wafels, an early term for the food in Dutch and German, referred to their honeycomb-like shape, though the irons could also be cast to press shapes such as stars and flowers into the cakes.

After the Dutch introduced them to the American colonies, they became a local favorite. By the 18th century, waffles became so popular that, pre-Revolution, Americans held “waffle frolics” where the crispy treats were the main event.

Museum collections today hold waffle irons from past centuries, which look more like long-handled torture devices. The 20th-century electric waffle maker made things significantly easier, but it would take a trio of Californian brothers to make waffles an everyday breakfast, rather than a special treat.

One day in spring 2020, I was halfway through a very long pandemic walk when I happened to find myself on Eggo Way. I walked along imagining how some poor soul named John Eggo must have been upset when a brand of frozen waffles popped up bearing his name.

But at the end of Eggo Way, I found a Kellogg’s factory. Curious, I walked home and started researching, only to find that Eggo waffles do indeed hail from my hometown of San José. But the name “Eggo” was never meant to apply to waffles.

Frank, Tony, and Sam Dorsa made mayonnaise. Starting their business in their mother’s house in 1932, they boasted that their version of the condiment used fresh eggs, leading them to name the fledgling company “Eggo.”

Riding off their mayonnaise success, the brothers soon turned to potato chips, then a powdered waffle mix. By the 1950s, though, frozen food was on the rise. Frank, the family inventor, engineered a giant waffle-iron carousel, and the Eggo frozen waffle was born.

Kellogg’s bought Eggo Food Products in the 1970s, and Eggo-brand chips and mayonnaise are no more. But Kellogg’s still makes waffles on Eggo Way, and Dorsa descendants are still in the food and beverage industry—in the form of a winery in the Santa Cruz mountains, La Rusticana d’Orsa.

CA Bakehouse consists of little more than a counter and a menu, but they proudly boast of being the home of “The Original Green Waffle.” In their storefront within San José’s Little Saigon, they sell the pandan-and-coconut waffles that have become a local specialty.

When I say these waffles are green, I’m not kidding. While the outside is a toasty brown, the fluffy inside is a vibrant, almost turquoise green, speckled with threads of shredded coconut.

They’re delicious enough to be eaten right out of hand, and Vietnamese bakeries often make them to order, with a line of smoking griddles ready to go. During Tết, or Vietnamese New Year, I follow my nose to festival food stalls: You can sniff out their intense coconut aroma anywhere.

The French likely brought waffles to Vietnam during the colonial period, where they got their delicate floral flavor and green hue from leafy pandan. CA Bakehouse proudly claims to be the first place to serve them in the United States, back in 1990. While they’ve been around for a while, to me, they’re the future of the waffle: beyond breakfast, beyond syrup, and beyond crispy, sweet, and comforting.

The Sweet and Sour Origins of Amish Soul Food

Around January 25, winter-bound villages in Iceland celebrate the return of the sunlight.
food

Every January 25, Scotland pays tribute to its most famous poet and an offal-y delicious dish.
Video • Wonder From Home