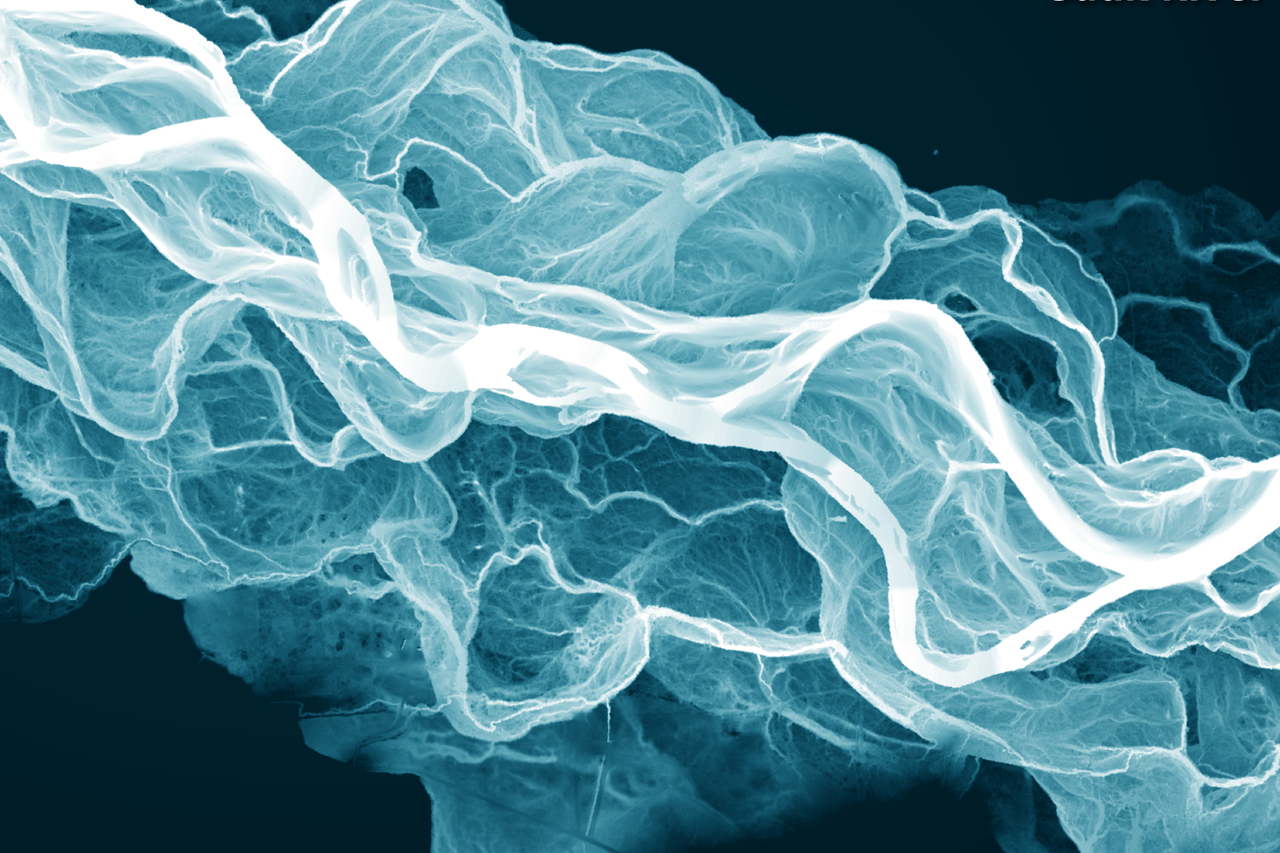 Lidar reveals the places the Sauk River once flowed. All images courtesy of the Washington Department of Natural Resources.
In This Story
Destination Guide

In Washington State, the land sweeps and swirls, rises and buckles. It’s a dramatic enough landscape when seen with the human eye, but the green vegetation that covers the land is also hiding its secrets. In 2015, the state’s legislature asked the Department of Natural Resources to start mapping the entire state using Lidar technology, which can penetrate through the trees to image the shape of the earth below.

These maps reveal the shapes of the state’s landslides, river basins, and glaciers, along with other strange features, like glacial drumlins and mysterious mima mounds. Lidar data can be used to make maps that highlight elevation contours as well as the aspect and slope of the land. They can reveal landslides hidden by trees and faults beneath the earth’s surface.

So far, the department has mapped about a third of the state’s area, although not to the quality experts would like to see. Over time, airplanes equipped with Lidar technology will cover the whole state, resulting in even more striking images of the geology hidden just below what we can see.

The recent discovery of the world's northernmost "island" recalls the groundbreaking work of the international Polarfahrt team more than 90 years ago.
maps