How to Eat Like an Anglo-Saxon King - Gastro Obscura
Want to see fewer ads? Become a Member. 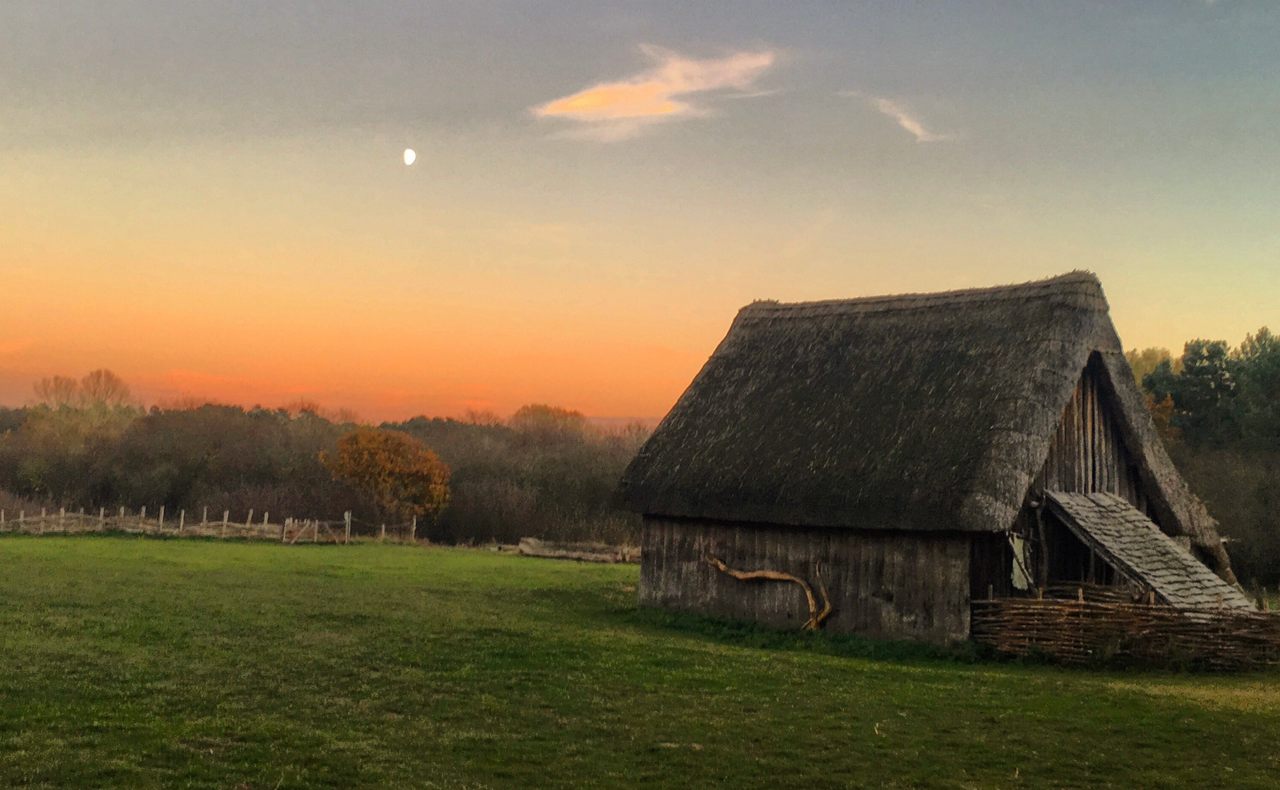 A replica Anglo-Saxon village in West Stow. Courtesy of Sam Leggett
In This Story
Destination Guide

Judging by the typical show at Medieval Times or a Renaissance Fair, one might think that knights and kings during the Middle Ages dined exclusively on large hunks of animal flesh. A new study presents compelling evidence, however, that before the Vikings swept through Europe, most people ate very little meat at all.

“We generally assumed that rich people at least in the Middle Ages had these very rich diets, and that was presumably one of the ways a wealthy lord distinguished himself from the peasantry,” says historian Dr. Tom Lambert of Sidney Sussex College. That was almost certainly true with the noble classes from the 13th century up through the Tudors. “Apparently when they analyzed the remains of Richard III, they found out he drank so much French wine his isotopes looked like he was from France.”

Yet when Sam Leggett, a bioarchaeologist at the University of Edinburgh, analyzed the remains of 2,023 skeletons from the 5th to the 12th century in England, she found no evidence that the ruling class ate any more meat than peasants.

To come to this conclusion, Leggett analyzed the nitrogen isotopes embedded within the bones, which can be used to identify an animal’s place in the food chain. “So if you’re a vegetarian, you have quite low nitrogen readings,” Lambert says. “If you’re someone who eats vegetarian animals, you go up a level. If you’re an animal that eats other animals, you go up again.”

At the start of her research, Leggett assumed that bodies excavated from tombs with jewelry, armor, and other signifiers of status would rank higher on the food chain. Instead, she found absolutely no correlation between social hierarchy and meat consumption. That didn’t shift until the Vikings, who consumed large quantities of seafood, showed up around the 9th century.

“I’ve found no evidence of people eating anything like this much animal protein on a regular basis,” said Leggett in a press statement. “If they were, we would find isotopic evidence of excess protein and signs of diseases like gout from the bones. But we’re just not finding that.”

Since this was both the largest study of its kind and a direct refutation of what most historians had always assumed, Lambert was fascinated. “Our collaboration began when Sam explained that as far as she could see, there was very little sign that anyone in the period we were interested in was eating significant quantities of animal protein,” Lambert says.

He teamed up with Leggett to try and figure out what exactly an early Medieval king’s diet looked like. While isotopic samples can’t quite pinpoint the exact types of grains and vegetables that people ate, texts and language offer tantalizing clues. “For instance, the Anglo-Saxon word for garden basically means ‘your leek garden,’ so the leek seems to be the sort of standard vegetable,” Lambert says.

As labor-intensive as bread is to make, it clearly played a key dietary role since “the words for bread are embedded in the language at a very early stage.” Hlaford, the old Anglo-Saxon word for “lord,” roughly translates to “loaf ward” or “guardian of the loaf,” while Hlafdaege, or “lady,” means “kneader of the loaf.”

Plant-based diets may have been the norm, but there was one key exception for both high and low society in the early Medieval period. Every once in a while, the peasants would throw an epic feast as a sign of fealty to their ruling lord. Immense fire pits for roasting whole oxen have been uncovered at archaeological sites.

Lambert translated a detailed written menu of one such bacchanalia thrown for King Ine of Wessex, who lived in early 8th century. Since this early grocery list included 300 rolls of bread, Lambert operated under the assumption that it was for around 300 guests. If he’s right, each of the attendees would have consumed a generous half-kilo of beef and mutton each, along with another half-kilo of salmon, poultry, and eel. Cheeses, honey, and plenty of ale were also on the list—a positively decadent departure from the usual grain-based gruel.

“There’s so much food that it’s not really plausible that it’s just for the king and a few guys wandering around with him,” Lambert says. “What we have to envision is kings would turn up in an area and the farmers would throw a big outdoor barbecue to honor the king.”

Lambert has described the tradition, known as a feorm, or “food rent,” as an early ideological predecessor to a modern-day presidential campaign dinner or cook-out. What’s striking about it is that, by all indications, everyone got to partake.

It’s a radically different vision of the time period, but as Lambert points out, the concept of kings was relatively new to the region, and these rulers had yet to adapt the lavish lifestyles of later monarchs. This was also not a technically sophisticated or particularly wealthy society. It takes significantly more resources to raise animals than to grow grains; peasants would likely only have slaughtered their livestock at the end of their natural working lives.

“That late medieval period has really conditioned the way we think about all of it,” Lambert says. “But you have to remember: It’s 1,000 years of history.”

Clues from 1,000-year-old shells could reveal the parasite’s past—and portend the future.
science

A remarkable ancient technology and tradition that united communities in the Andes is fading into history.
Video