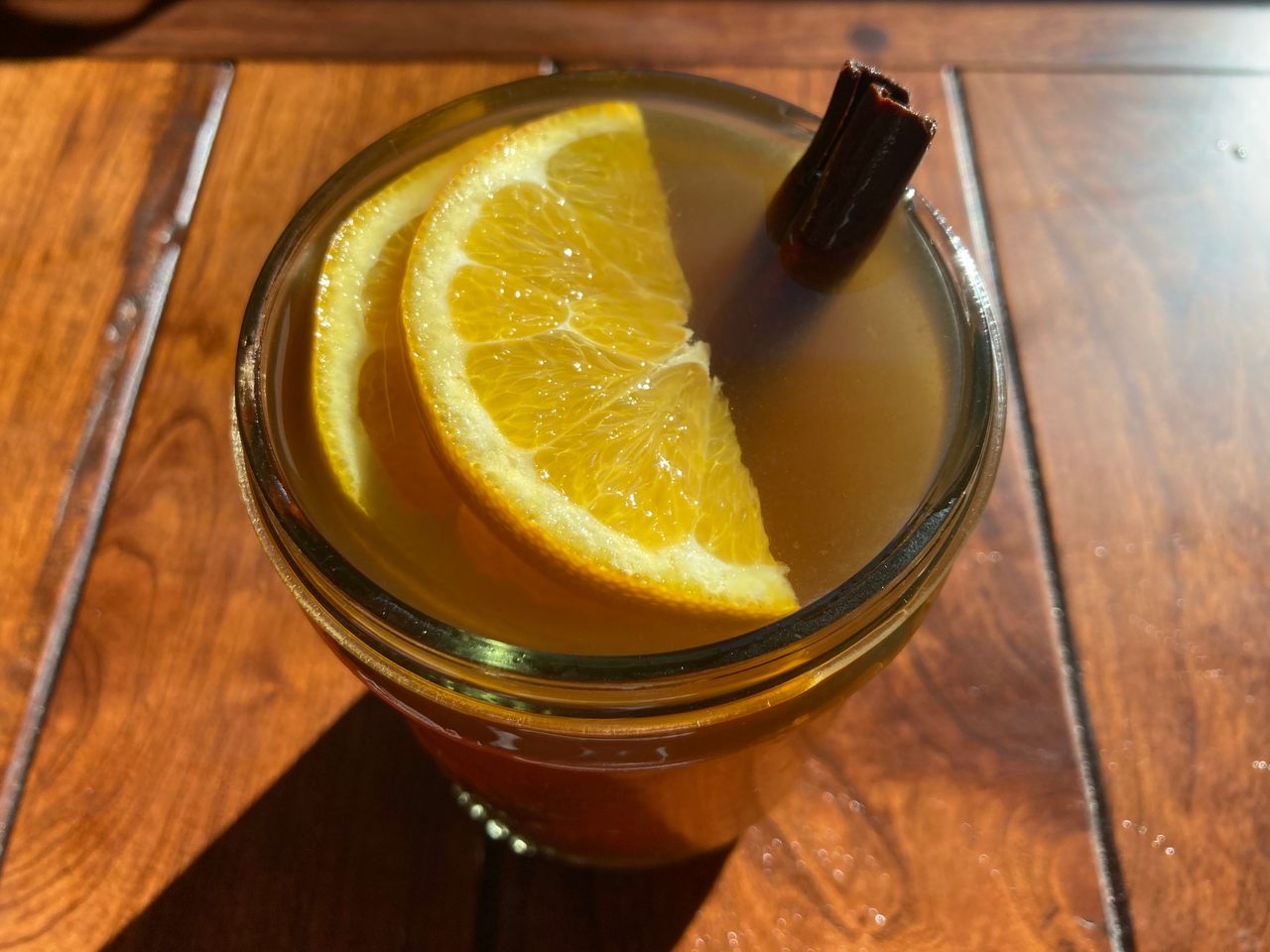 The recipe below makes a healthy amount of boilo, for a party or winter-long sipping. All photos by Anne Ewbank for Gastro Obscura

Winter’s the time for hot toddies and eggnog, or any cocktail that combines fistfuls of spices with warm sweetness. But when it comes to sweetness, spice, and sheer boozy firepower, boilo has them all beat.

You can be forgiven for not knowing about boilo. Outside of Pennsylvania, this warm drink, sipped by the shot, is rarely seen, and its main ingredient, Four Queens whiskey, is practically impossible to source over the state border. But for many residents of Pennsylvania coal country, the drink is an indispensable winter treat that began as a favorite of the area’s hardy miners. Today, it endures as a cold-weather cocktail and an unlikely soother of colds and the flu. However, due to its main ingredient, 101-proof whiskey, boilo needs to be treated with wary respect, whether drinking it by the glass or heating it on the stove.

Often stirred up for a Christmas party or a firefighter’s fundraiser, the basic elements of boilo are sliced oranges and lemons, squeezed and cooked in water or ginger ale, along with pounds of honey, spices, and the occasional handful of raisins. The mixture is brought to a boil (one folk etymology claims that the name comes from “boil over,” which is very easy for a foamy, sugary pot of honey and sugar water to do), and then the heat is lowered to let the spices and citrus peels infuse the brew. Only after the mixture is removed from the heat and strained is the whiskey added, since legends tell of boilo explosions from fire meeting a dribble of flammable Four Queens whiskey.

While boilo’s range is firmly in coal country, its origins lie over the Atlantic. Lithuanian immigrants coming to work in Pennsylvania’s anthracite coal mines brought their krupnikas honey liqueur with them. Krupnikas does share some similarities with its coal-country cousin, such as its spice-and-honey flavoring and the fact that it’s often whipped up at home for special occasions. But stateside, boilo-makers often use the drink as a canvas for creativity. Additions from mint to cranberries are fair game, though purists often butt heads over what constitutes authentic boilo.

Four Queens whiskey, though, has long been crowned as the boilo go-to. Originally produced in Philadelphia in the first half of the 20th century, the label is now owned by Laird & Company, a New Jersey-based distiller. Thomas Alberico, vice president of sales and marketing at Laird, calls himself the company’s “official-unofficial boilo expert.” According to him, Four Queens wouldn’t have lasted into the 21st century, were it not for boilo. Cheap, strong, and local, it became the liquor of choice for “the economical fireman, coal-worker, or homemaker who decided to make boilo,” he says. Overall, the company doesn’t sell very many cases of it yearly. But he doesn’t see it going anywhere soon. “If they ever got rid of it, there’d be a revolt in northeastern Pennsylvania where all the boilo-lovers live,” he chortles.

Boilo, which is often stored and delivered to loved ones in mason jars, is not a drink to make in small doses (though it’s probably better to drink it that way). So if you do want to make a winter warmer worthy of a hardworking coal miner, boil up this big batch of boilo and sip it all season.

Adapted from The Patriot-News

A gift guide from the Atlas Obscura team.
trees

Cooking with evergreens has a long history.
holidays

How a fiery bowl of booze became a Christmas classic.
saints

The story of this saffron-hued swirl has become as twisted as its dough.
List

Step into a pastel time capsule where candy is truly dandy.
Lititz, Pennsylvania

Don't get it twisted: This is the oldest pretzel bakery in the United States.
East Greenville, Pennsylvania

This roadside stand packs 300-plus varieties of tomatoes, from "Maiden's Fire" to "Kaleidoscopic Jewel."
Pittsburgh, Pennsylvania

This restaurant offers a side of antiques, curios, and a bathroom chock full of owls.
Mount Joy, Pennsylvania

In the bowels of a 19th-century brewery lurks a fine-dining restaurant offering an array of themed feasts.
Want to see fewer ads? Become a Member.
From Around the Web
THE GASTRO OBSCURA BOOK
Taste the World!
An eye-opening journey through the history, culture, and places of the culinary world. Order Now