What to Do With a Cold War-Era Bunker - Atlas Obscura
Want to see fewer ads? Become a Member. 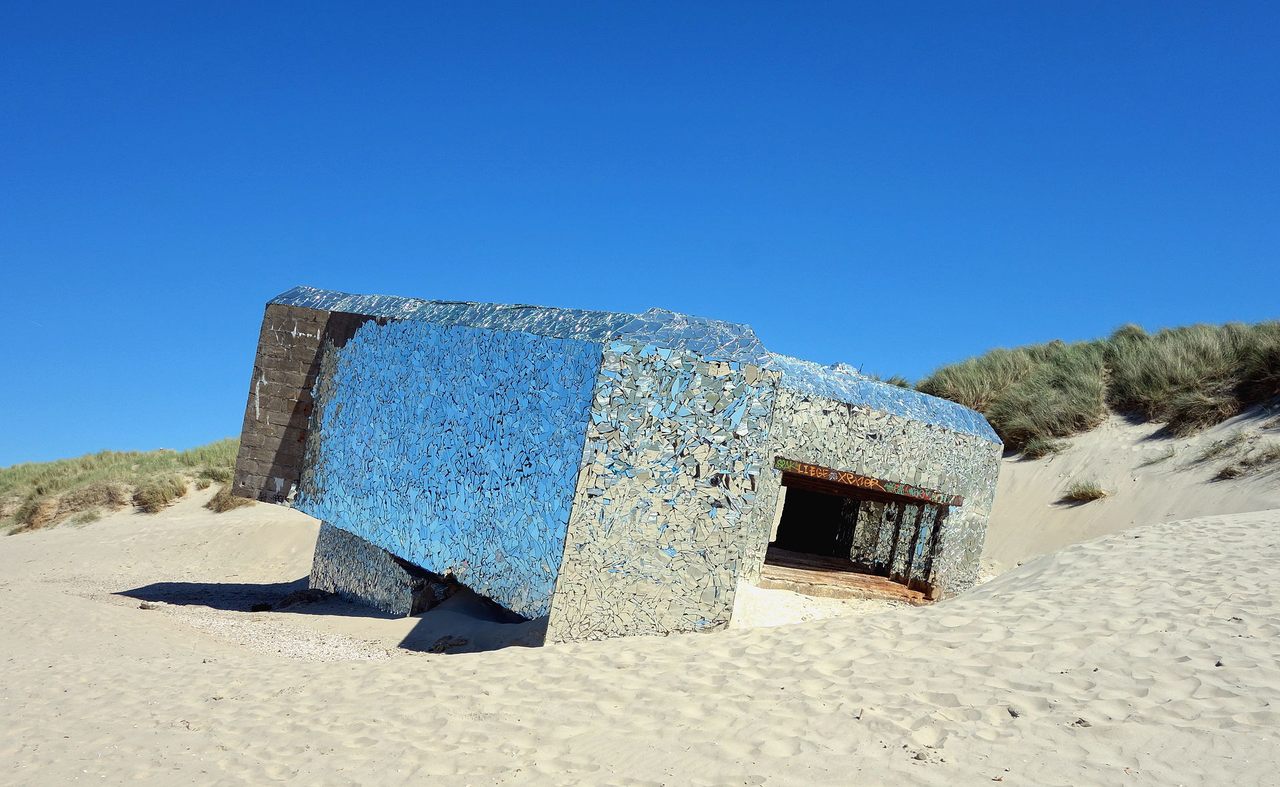 This top-secret nuclear bunker hidden in a Bosnian mountain has been converted to a modern art exhibition space.
Place

These secluded and abandoned anti-aircraft defenses have become one the most scenic viewpoints in Barcelona.
Place

During the Second World War the only way civilians could stay safe from bombs dropped during air raids was by going underground. When bomb technology ramped up with the introduction of nuclear weaponry, bunkers and shelters responded in kind. The thought was that in the event of nuclear detonation, people could retreat underground to wait out the danger indefinitely. The American government urged its citizens to build their own bomb shelters, and many of them did.

For the most part, the bunkers and fallout shelters were never used. They were made to withstand the most violently destructive climates imaginable though, so of course they’re still around. Many have been preserved and transformed into museums where visitors can see what it was like to be underground in Churchill’s War Rooms or Stalin’s personal bunker. Others have been left abandoned, like the ruins at Duncan’s Cove or those in Vieques.

However, some 20th century bunkers have found a second life as art spaces, homes, and commercial spaces, all within the bomb-resistant concrete walls of a subterranean cavern. These used to be places to hide. Now, they’ve been transformed into expressions of creativity, the antithesis of Cold War ideology.

When Nazi forces took control of the historic French Fort des Dunes they installed a series of imposing seaside bunkers as part of their larger “Atlantic Wall,” but today their concrete fortifications have fallen into ruin and are being used as the canvas for ambitious street art. These include graffiti projects as well as installations, like this disco-ball inspired bunker.

Built at the behest of Yugoslav revolutionary and “benevolent dictator,” Josip Tito, the nuclear bunker officially known as ARK (Atomska Ratna Komanda, or “Atomic War Command”) D-0 was a well kept secret for decades. The construction started in March of 1953, all hidden behind what seems to be an ordinary house, and stretching 663 feet into the mountain with over 919 feet of rock on top of it, at the thickest point. The whole complex is built in a horseshoe shape, resembling a maze with offices, conference rooms, dorms and of course, Tito’s private rooms. It was all supported by two kitchens and a supply of oil, food. and water that could sustain the bunker for up to six months. In the event of a nuclear strike, the bunker could accommodate Tito and 350 of the most important political and military persons in the country.

ARK D-0 exists today only because of one Bosnian military guard, who refused to carry out an order from Serbian high command to blow up the bunker up in 1992. It now exists as a time capsule, much the same condition as it was during the Yugoslav era with all of its furniture and equipment intact. The bunker is also home of a contemporary art biennial called D-0 ARK Underground, where artists from across the Balkans contribute their work. Some works have been left behind at the bunker, making it a work of art in itself.

Between 1969 and 1988, the United States Federal Reserve stored billions of shrink-wrapped dollars in an underground facility lined with 12-inch thick concrete walls reinforced by steel. The stash was preserved as a precautionary measure, to rehabilitate the dollar supply east of the Mississippi River in the event that the East Coast was demolished by a nuclear bomb. Later, it was used as a “continuity of government” shelter, designed to house and feed 540 people for 30 days in case of a catastrophe. As it turned out, an industrial-grade bunker was also the perfect place to keep rare and valuable audiovisual recordings, which necessitate climate-controlled temperature storage, so the National Audio and Visual Conservation Center moved into this former disaster relief bunker.

This Berlin military bunker built in 1943 never saw much action as World War II ended shortly after, but the building remained standing. Today, it is one-third history museum and two-thirds haunted house. The first floor of the complex houses the bunker museum. This display features clippings, photos, and other ephemera from World War II era, and the many of the spare furnishings also remain giving visitors a sense of what bunker life would have been like. The second floor begins to get more gruesome with a multi-room exhibition on medicine and torture throughout the ages including displays regarding amputation, cannibalism, and animal-to-human blood transfusions. The third floor gives up any educational pretense and simply contains a year-round haunted house with black light rooms and jump scares.

Though technically not a bunker, this fortress in the middle of the Bay of Biscay is certainly impenetrable. Napoleon had it built in 1801, though by the time it was finished weapon technology had improved to the point that an ocean fort no longer made sense. Without any purpose for the massive fort, it quickly fell into disrepair, only being used infrequently over the next 130 years.

In 1988 though, Fort Boyard was restored to be the set for an adventurous, physical challenge game show of the same name. The show is still running today, and is the only way to get a look at Fort Boyard. You must be a contestant on the show to visit the island fortress, as it is not legally open to the public.

Built in the late 1950s this city in the limestone caves under Corsham was designed to house up to 4,000 Central Government personnel in the event of a nuclear strike. It features six miles of roads and could sustain its occupants for at least three months in complete isolation from the outside world. The Burlington nuclear bunker contained among other facilities: offices, laundries, storerooms of supplies, a hospital, cafeterias, kitchens, a television studio where the remaining government could make public addresses, and its own pneumatic tube system for speedily relaying messages throughout the complex. It even includes a pub called the Rose and Crown.

Kept absolutely top secret until it was decommissioned in 2004, the facility was never used, and boxes of government-issue glass ashtrays, lavatory brushes and civil service tea sets remain unopened and unused. When the underground city was put up for sale a number of unusual possible buyers came in including a massive data storage site, the biggest wine cellar in Europe, a nightclub for rave parties, and appropriately, a 1950s theme park. What it will be repurposed for remains to be seen.

The bunkers atop the hill of Turó de la Rovira were situated so that they could survey the entirety of the city. As such, although they’re crumbling, the bunkers are now one of the most popular places to photograph Barcelona.

In the 2000s, as the popularity of the site grew, the bunkers received a renovation as officials wanted to make it more appealing to tourists as well as celebrate the ancient Iberian settlement that is also nearby. The bunkers themselves haven’t been repurposed, but their builders can’t have imagined the number of Instagrams that would take place there, let alone what Instagram is.

Germany’s Iron Curtain is now the Green Belt, but turning the old border into a haven for wildlife has taken much more than just letting it be.
nazis

Their culinary legacies, written on scraps of paper or fabric, tell stories of hope and resistance.
bunkers

And meet the determined enthusiast bringing them back to life.
Video