Where to Find Dark Skies in the Texas Hill Country - Atlas Obscura
Want to see fewer ads? Become a Member. 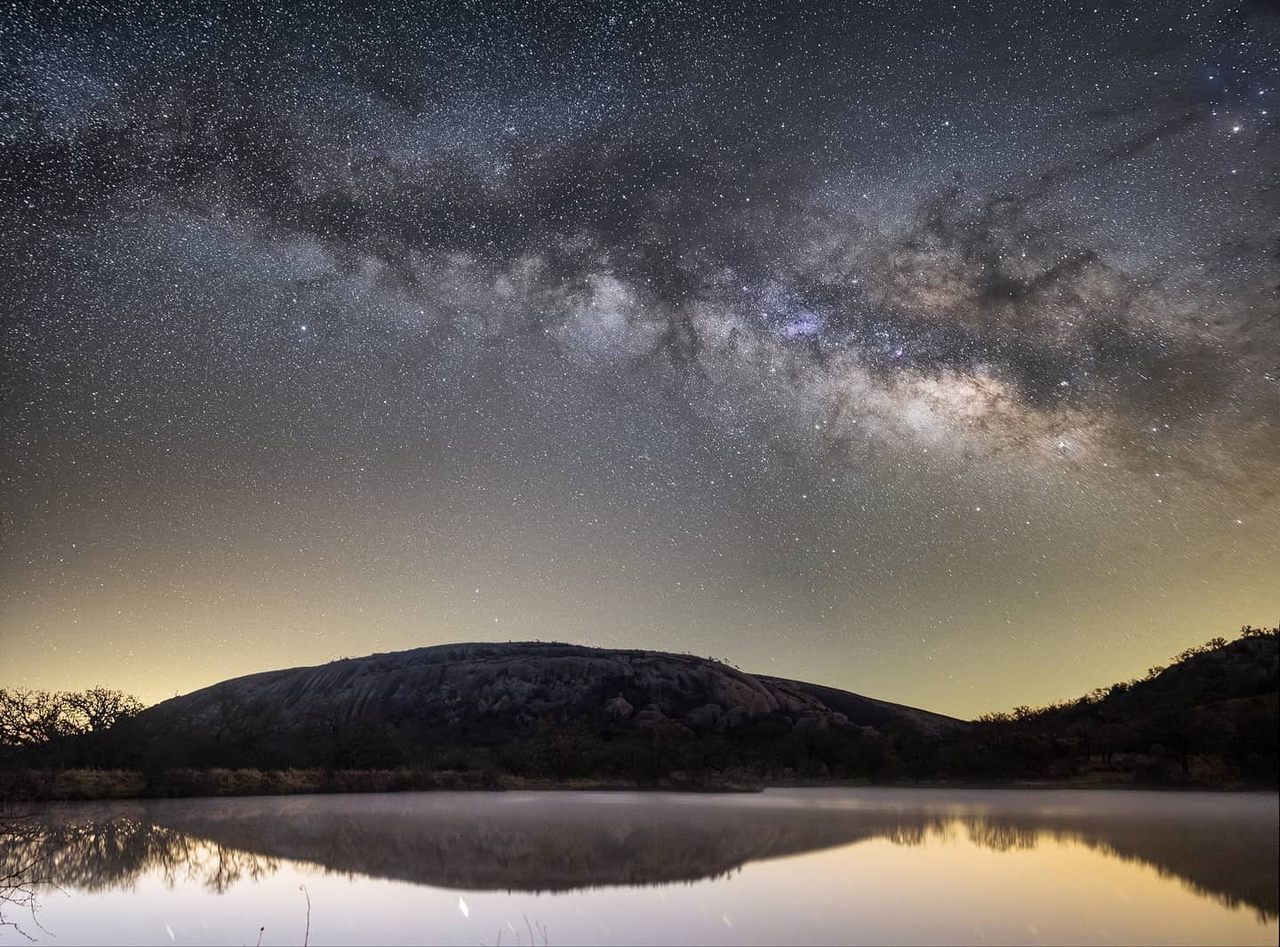 Just because it’s called the Lone Star state doesn’t mean that Texas’ night skies are lacking in awe: Texas is home to some of the country’s best stargazing. And Fredericksburg, the seat of Gillespie County, may just offer the cream of the crop when it comes to stunning views of the night sky.

Founded in 1846, Fredericksburg is named for Prince Frederick of Prussia, a military officer from Berlin. Prince Frederick never actually visited North America, but John O. Meusebach, the German settler who named the town, wanted to honor the monarch.

With a population just above 10,000 people, the town is well-placed for stargazing in the Texas Hill Country, far away from large metropolitan cities and just over an hour’s drive from either Austin or San Antonio. “Any light that would come from those areas is blocked out,” explains Dawn Davies, the Night Sky Program Manager at the Hill Country Alliance, a non-profit dedicated to preserving local natural resources, including the skies above.

“Fredericksburg is a very picturesque area with a lot of emphasis on preservation of natural beauty,” says Davies, who has also volunteered with the Austin Astronomical Society. “And the night sky has taken center stage.” It’s not hard to see why: Fredericksburg’s skies offer stunning views of the Milky Way, meteor showers, passing satellites, all your favorite planets, and brilliant constellations that are almost drowned out by the brightness of other stars.

Before you crank out your telescope, you’ll want to acquaint yourself with the local stargazing hot spots to choose from—below are the best places to drop a blanket and look up.

The legendary Enchanted Rock State Natural Area is so named for the giant pink granite batholith that you can climb to the top of—a massive elevation of 1,825 feet. Situated about 17 miles north of Fredericksburg, the area is a state natural area offering nearly 10 miles of hiking trails, caves, rock climbing, wildlife, and more. But some of the best stuff happens after the sun sets.

The Milky Way is more visible during the summertime, while in the winter, constellations like Orion, Taurus, the Little Dipper and the Pleiades are more prominent, according to Ken Kattner, an amateur astronomer and lawyer in Houston who has been enamored with the night sky since high school and operates a personal observatory in Fredericksburg.

Out at Enchanted Rock, Kattner says of the sky, “It looks like diamonds on a cloth of velvet, which is really spectacular.” Many legends are associated with Enchanted Rock, in part thanks to its unique geological features. In the evening, as the granite cools from the sun, it can make cracking or groaning sounds. The rock will also glitter on clear nights following rain. These natural phenomena seem to have inspired superstitions: Local stories include that of an Indigenous woman’s spirit who haunts the area, and a Spanish soldier who rescued his true love just as some Comanches were about to set her on fire.

Fredericksburg officials highly recommended reserving a day pass online prior to traveling to the park, especially if you’ll be visiting during a school break, holiday, or weekend. Reservations are required for overnight stays and day passes, and can be made up to 30 days in advance. A map of the park can be found here.

The ranch named for the United States’ 36th president is a little off the beaten path. While slightly closer to bright cities like Austin and San Antonio, LBJ National Historical Park offers a compelling alternative to Enchanted Rock, which can often reach capacity.

LBJ Ranch is a recently designated International Dark Sky Park, and offers public access to the ranch, the Texas White House, LBJ’s birthplace, the Johnson family cemetery, old Junction School, LBJ’s grandparents’ home, and the ranch show barn. According to Kattner, most people won’t notice much difference between the darkness here and at Enchanted Rock.

“We’re used to much more urban skies,” Davies agrees. “Constellations are typically made up of more prominent stars within the sky. So when you suddenly hurl people into a blanket of these shimmery little diamonds, it’s hard to pick out—but at the same time, it’s a very humbling experience.”

An Oasis of Darkness

These areas committed to reducing light pollution underscore the importance of a community like Fredericksburg, which works to educate tourists on the importance of dark night skies. An estimated 83 percent of the world’s population cannot see a naturally dark sky, according to 2016 research in the journal Science Advances.

“I don’t think people really understand that light pollution is a thing, especially when you have a society that lives in such light-saturated urban areas,” Davies says. “If they don’t leave those spaces, they don’t know what they’re missing out on.”

And there may be two good reasons to visit Fredericksburg in the near future: An annular solar eclipse will be visible on Saturday, October 14, 2023 and a total solar eclipse will occur on Monday, April 8, 2024. Which means there’s no better time to follow those long-forgotten dreams of becoming an astronomer—the dark skies await.

In this town located 15 minutes outside of Fredericksburg, musical performances are hosted 363 days a year. Grab a beer and kick back under 300-year-old oak trees that have heard some of the best country musicians of all time.
Sponsored by Fredericksburg Convention and Visitor Bureau
Video