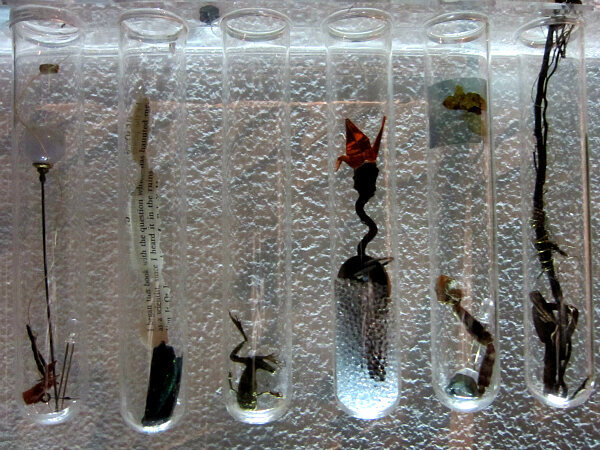 Detail of “The Wonder Cabinet” at Flux Factory

Back in the 17th century, a contemplative Danish physician named Ole Worm amassed a room of wonders as a laboratory for his curiosity. With natural history specimens (including lots of taxidermy), fossils, anthrolopological artifacts, and other oddities, he speculated on the natural world, coming to such then-modern conclusions as unicorns being mythical. (Even after deciding the supposed unicorn horns were in fact those of narwhals, he reportedly still tested out their believed anti-poison attributes by grinding them up and feeding them to his poisoned pets. Don’t worry, they somehow survived. Ole Worm had a Great Auk, a now-extinct flightless bird, as a pet, but it’s not clear which of his animals were the unfortunate test subjects.)

Now Flux Factory, a nonprofit arts organization in New York City that is something of a laboratory for artistic experimentation, is hosting its own wunderkammer inspired by Ole Worm. “The Wonder Cabinet” opened last Saturday in the Flux Factory space, housed in a former greeting card factory in Long Island City and currently cluttered with a labyrinth of installations. While it’s a little more scrappy and DIY than Ole Worm’s probably was, there’s still the natural history specimens and strange objects, although they’re accompanied by things like a conveyor belt game and a microwave where you can zap a DVD for a quick (and somewhat dangerous) light show. 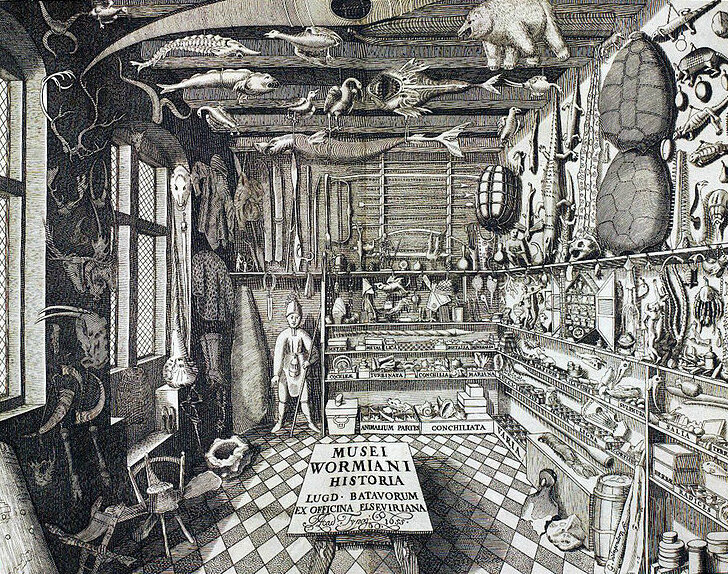 The “Museum Wormianum” of Ole Worm 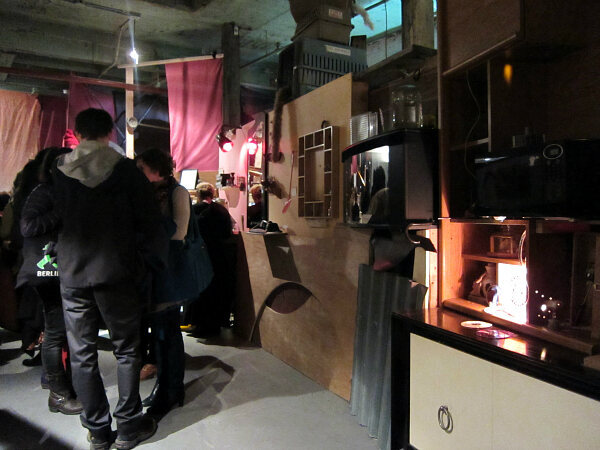 The most enjoyable aspect of “The Wonder Cabinet” is that it is so interactive. You can open drawers and check out the hidden art inside, retreat to a “reading room” in the back, or participate in the photobooth. It’s a little rambling and definitely feels like a horde of artists just let their minds go wild in the space (which they most certainly did), but Flux Factory has also published a narrative that gives it context and tells the story the artists created in their work. 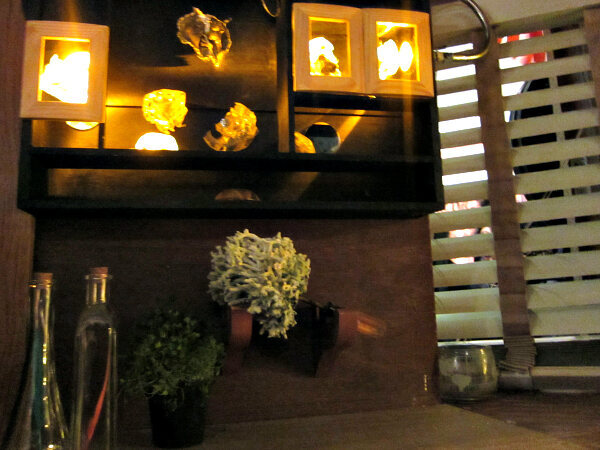 Detail of “The Wonder Cabinet”

While “The Wonder Cabinet” is a really fun exhibition and worth spend some time poking around the detailed installations, where Flux Factory really excels is in their outside-the-gallery explorations. Next month, they’re organizing “Long Walks in the Museum,” a continuation of their “Long Walks” series where they pair up strangers to go on strolls together. “Long Walks in the Museum” is open to anyone to become unofficial docents to another unofficial docent in “one of the preeminent cultural institutions of New York City.” The playing off of history featured in “The Wonder Cabinet” will come in again with an “alternative exhibition catalogue” that docents can collaborate on, not too different from an evolving wunderkammer of collected ideas.

“The Wonder Cabinet” is at Flux Factory through March 31.

All photos (except the 17th century etching, of course) by the author.

Curious Fact of the Week: The Largest Catacomb System in the World