The 1962 Laughter Epidemic of Tanganyika Was No Joke - Atlas Obscura
Want to see fewer ads? Become a Member. 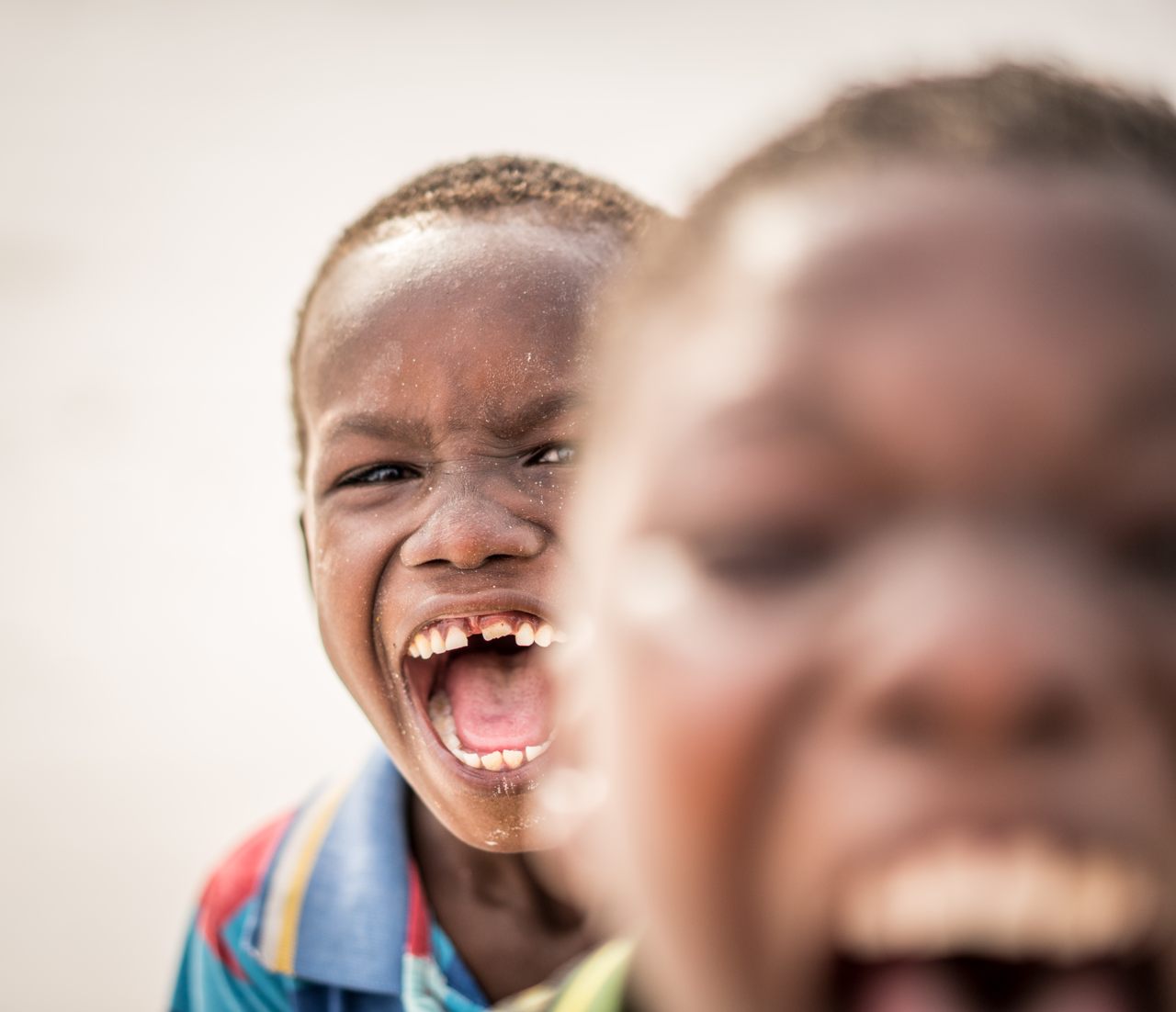 Sometimes, laughter is not so simple. Jasmin Merdan/Getty Images

A laughter epidemic sounds like a welcome neighborhood contagion. But laughter is not so simple.

It seems that laughter isn’t just a joyful noise; it can be a signal of distress, spurred by anger or sadness or intertwined with mania. The most famous example of a laughter epidemic happened in Tanzania (then Tanganyika) in 1962, but this kind of psychological behavior happens on a weekly basis around the world, particularly among populations experiencing chronic stress. An example of a recent and similar incident is an instance of unexplained nausea and dizziness among students at a school in Lancashire, England this past November. There is also abundant evidence of such events in places of instability like Kosovo, Afghanistan, and South Africa.

The 1962 outbreak began in a girls’ school and then spread to other communities, with uncontrollable laughter affecting perhaps 1,000 people, lasting several months, and causing the temporary closure of 14 schools. Most cases of mass psychogenic illness begin with a single individual—in this case, one schoolgirl likely fell into a fit of anxiety-induced laughter, setting in motion a chain effect, until the girls around her were also engulfed in desperate laughter. Slowly, it spread beyond their school and region and into other at-risk populations.

Sufferers’ symptoms included recurring attacks of laughing and crying that lasted from a few hours up to 16 days. These fits were accompanied by restlessness—aimless running, occasional violence—but there was no evidence of organic causes. Christian Hempelmann of Texas A&M University, who has done research on the incident, describes the laughter epidemic as a case of mass psychogenic or sociogenic illness, a malady that has the capacity to strike in a variety of high-stress settings. The stress factors here among the schoolgirls may have included the unfamiliar expectations imposed in the British-run schools and the uncertainties created by Tanganyika’s independence, achieved barely a month before the incident.

“On the one hand it sounded too good to be true, and on the other hand, people were citing it in support of all kinds of things, across the spectrum, and contradictory things,” says Hempelmann. “So I thought—I’ve got to look at this again and see, did this actually happen and what does it tell us about humor.”

Tanzania, known more for its wildlife than its history of laughter epidemics. (Photo: Pixabay)

While it did indeed happen, it doesn’t tell us too much about humor, and it annoys Hempelmann when humor researchers use the Tanganyika incident as evidence of laughter being contagious. Psychogenic illness has all kinds of so-called nerve symptoms, he explains, and laughter is just one of them. Though the Tanganyika case is closed, similar cases of mass psychogenic illness occur among groups of people unable to extract themselves from a stressful situation.

In this type of situation, the person has no power over the stress and can come up with no other response. Such a person is more commonly young than old, female than male, and employee rather than a supervisor. “It has to express itself bodily, that gives the person a way to say—see I’m suffering; something is going on; I’m not just depressed or withdrawn,” explains Hempelmann. It wasn’t just a group laugh—rather, experiencing the same stress, people subconsciously copy a complex of symptoms, of which laughter is just one.

Hempelmann recalls an instance from his time living in Layafette, Indiana. Workers at the local DMV were exhibiting respiratory distress to the point that the building was repeatedly shut down and eventually relocated. When the environment was tested for contaminants, nothing was found, and ultimately the local media reported the case as a sort of mass psychogenic illness

“It was just a terrible work environment, nobody wanted to work at the DMV, they had particularly bad supervision there, and they just subconsciously found a way out of the situation that they could copy from each other,” says Hempelmann. “It’s not as crazy as one would think.”

Hempelmann says that while mass psychogenic illness is fairly common, it’s often not reported under that name. “If you are referring to somebody as suffering from this, you are in a way still calling them hysterical,” he says. “You’re saying: You don’t have a valid disease, you don’t have an issue, you’re just being crazy because that gets you out of trouble.” The stigma is still there. As they begin to recognize recurring themes, doctors are trying to figure out the best ways to approach patients of the illness. Yet cases like the group of high school girls in New York who developed facial tics continue to perplex the media.

Recent developments in the field of laughter, an area of research known as gelotology, include humor and laughter therapy, laughter meditation, and laughter yoga—in which feigned laughter becomes real, bringing with it supposed mind and body benefits. Laughter has been linked to reduced stress hormones and increased endorphins, providing both physical and psychological relief.

As far as that last idea, Hempelmann says it’s the classic Freudian theory of humor, where “we build up some magical psychic pressure, and laughter lets us release it, through whatever metaphorical valve we have for that.” He doesn’t think that is a good theory for the role of laughter and how humor works. “Statistically in this case, this did not release anything. These people were suffering, expressing their suffering through that,” Hempelmann explains, “Nothing got better because they laughed.”

When Doctors Thought ‘Wanderlust’ Was a Psychological Condition

For decades, "pathological tourists" ended up in asylums or worse.
literature

The Deadly Irish Epidemic That Helped Bring Dracula to Life

Forget Vlad the Impaler. A 19th-century cholera outbreak in Sligo may have been Bram Stoker's chief inspiration.
food

For centuries-old bars, a pandemic is nothing new.
Want to see fewer ads? Become a Member.
From Around the Web
THE GASTRO OBSCURA BOOK
Taste the World!
An eye-opening journey through the history, culture, and places of the culinary world. Order Now