How Coronavirus Put an Ancient Flour Mill Back to Work - Gastro Obscura
Want to see fewer ads? Become a Member. 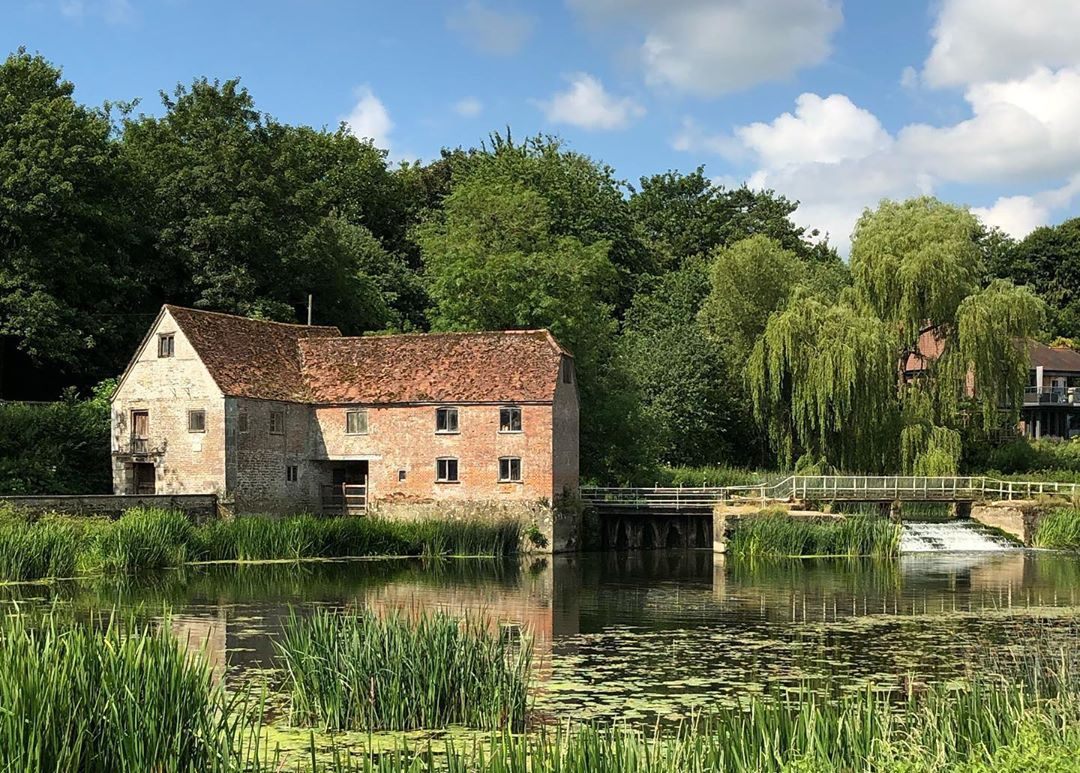 A global pandemic brought this ancient mill roaring back to life. tim_robins19/used with permission
In This Story
Destination Guide

The Sturminster Newton Mill has quietly churned on the verdant banks of the River Stour since the 11th century. Through the Norman Conquest and the Black Death, through the Hundred Years War and the Blitz, its water-powered turbine ground wheat into countless sacks of flour for the markets of this medieval town. Even when it became a museum in 1994, the mill continued production, albeit tiny batches of flour to show tourists a bygone way of living.

The mill will grind through COVID-19 as well—just not as a museum.

With flour shortages dogging the United Kingdom and potential visitors trapped at home, the caretakers of Sturminster Newton’s ancient mill have pivoted from performance to production. “When you just have to mill and you don’t have to give a history lesson at the same time, you can just get on with it,” says miller Imogen Bittner. Since its return to the grind in early March, Bittner and her co-worker, Pete Loosmoore, have produced hundreds of pounds of flour to be safely distributed by several local businesses. While the mill needs the revenue as badly as area families need the flour, it’s not exactly what the pair had in mind for this year’s tourist season.

Bittner was born and raised within a short walk of the mill. “It’s something I’ve known all my life,” she says. With Loosmoore on the cusp of retirement, it’s something she’s due to operate on her own soon, as well. She had just finished securing supplies for the season when they decided to close in mid-March with COVID-19 at the gates. “We’d brought in all the grain from the local farm, had it all stacked and ready to go,” says Bittner, “but a lot of the volunteer staff are in a vulnerable age group.”

Most years, between April and September, visitors explore the quaint property and tour the mill to witness a medieval undertaking: harnessing the Stour River to grind local grain with simple machinery. “It’s done very much how it was hundreds of years ago,” says Bittner. “The only thing is we use a Ford Transit to get supplies now and not a hand-pulled cart—bit quicker this way.” The sale of both tickets and the modest amount of flour it produces keeps the museum open, a model that COVID-19 swiftly thwarted.

At the same time, the pandemic also precipitated severe flour shortages throughout much of the country, though not for reasons you might suspect. There’s plenty of flour within England, but it’s all in the wrong bags: Only about 4 percent of the flour produced in the U.K. is sold through supermarkets—the rest is packed and shipped in bulk to commercial bakeries and other manufacturers. Even if larger mills could manage the pivot to smaller packaging, social distancing would preclude industrial-scale production, which demands many hands. Pre-industrial milling, however, can be managed single handedly.

For Bittner, it wasn’t much of a decision: “It was more of a logical step, really.”

As soon as Bittner and Loosmoore found several local shops and bakers to sell their flour, they got the old mill cranking. “When we’re taking visitors, we have to mill very slowly so the flour doesn’t spill out,” says Bittner, “but when you’re actually milling to mill, it’s different.” To date, Bittner and Loosmoore estimate that they have ground and sold just under 1,600 pounds of flour.

Bittner quickly dismisses questions over the durability of the mill’s machinery. “The mill could easily do 10 times what it’s doing today,” she says, calling it “very solid,” with a water turbine that was “just changed” in 1904. “It could go on forever,” says Bittner, “it’s we who get tired.” She says as long as the flour shortage persists and social distancing is enforced, production will continue through the tourist season.

For now, the mill has been saved and the townsfolk rejoice, inundating the supermarket’s Facebook page with expressions of gratitude. (The mill itself has no social media presence.) Unsurprisingly, the millers discovered a newfound appreciation for the old mill, as well. “It’s different when no one’s around,” says Bittner, “you can hear its creaks, smell its grain—you can really feel the age of it.” It’s not the first crisis this building has seen; thanks to its stubbornness, it’s not the last one it will survive, either.

Masks, ventilators, and Zoom recordings may one day be the artifacts of our time.
plague

A contemporary debate would feel familiar to Europeans alive when the Bubonic plague arrived.
Video • Wonder From Home