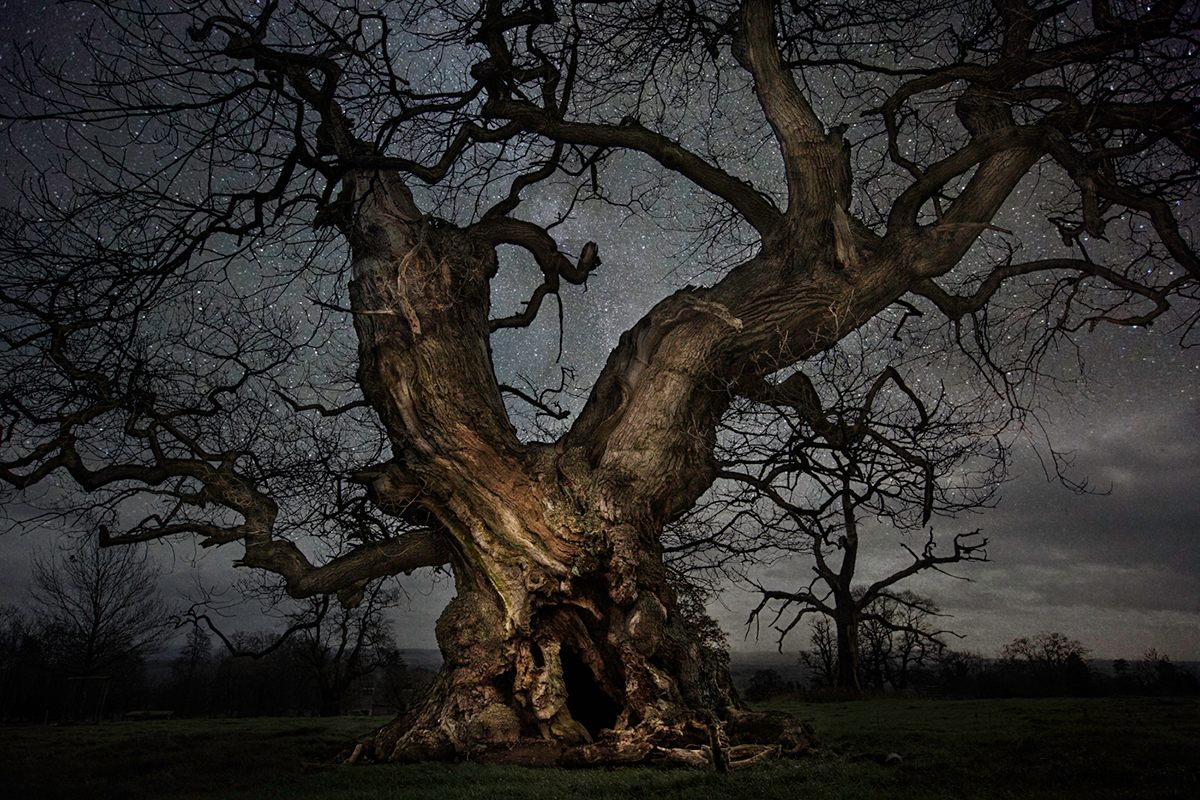 A sequoia can live for over 3,000 years. There’s one baobab tree specimen that has been dated at over 6,000 years old. These are some of the world’s most ancient trees—trees that have lived through countless generations of humans, under an infinite number of night skies. They’re also the inspiration for Beth Moon’s new photography book, Ancient Skies Ancient Trees.

There were, of course, some logistics to consider for this project. In order to capture the most vibrant night stars, Moon sought out ancient trees in the most remote locations. As she writes in her introduction, “to find those skies, and the trees beneath them, I traveled for many hours without road signs, or even roads, to areas so remote and wild the darkness was almost palpable.”

Timing was also key. She needed to shoot under a new moon, and when the trees were bare, with clear weather. The results, in which each image is named after a star or constellation, is a vivid expression of the natural world’s enduring beauty.

Watch Carl Sagan's Reflections on Our Place in the Universe

To keep things in perspective.
visualphotographynature

A satellite captures the stunning effects of heavy rain and high winds on a landscape that—coincidentally—is used to calibrate satellites.
Video • Wonder From Home