Deep in the Thar desert, a temple crawling with thousands of holy rats.

No shoes are allowed in the Karni Mata Temple, where the skittering claws of one of its numerous rats over bare toes is a blessing. The temple near Bikaner, India, is writhing with rats, with an estimated 20,000 rodents living within its marble-adorned walls. 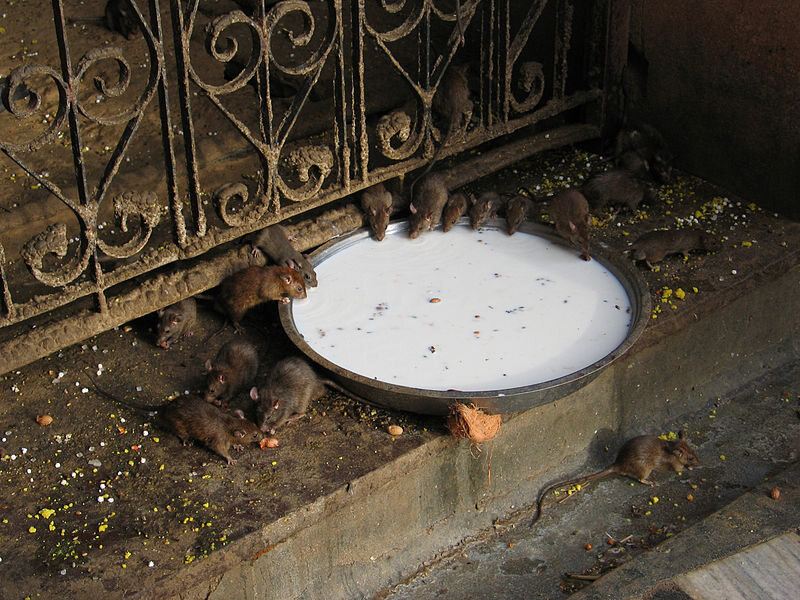 Yet while the initial reaction may be repulsion, or some flashbacks to some of the creepier scenes of Willard, the temple is actually kept quite clean and all of the rats are believed to be humans in a state of reincarnation transition. The story has several versions, but basically Karni Mata asked the death-god Yama to reincarnate someone she cared about, sometimes said to be a stepson, sometimes the son of a family member, and was denied. So instead she dictated that her male descendants, or all male storytellers in another version, could be reincarnated as rats and then, once they live that animal life, reborn into her own family. 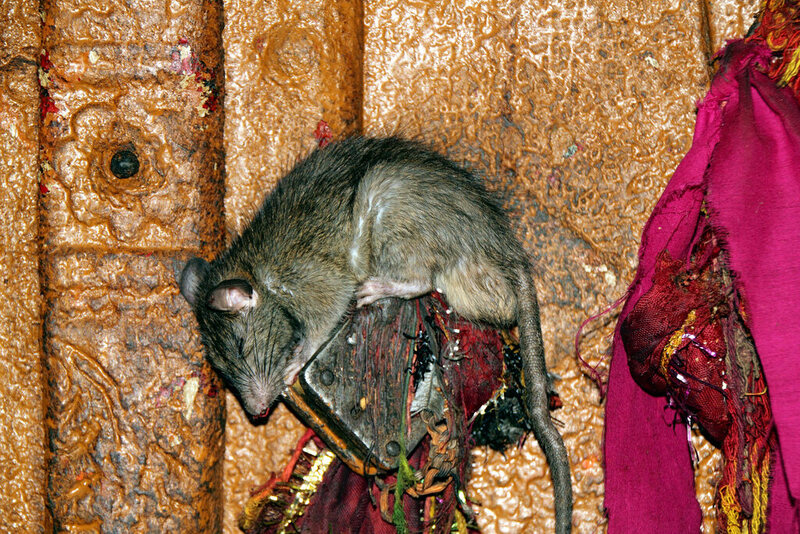 Rat sleeping on a temple door knob (via Fulvio/Flickr user)

The temple itself was built in the 1900s, and visitors who want to see the rats at optimum mass are advised to arrive at sunrise or late at night, the latter being potentially more unsettling. The proximity of so many rats together has yet to lead to any reports of rat kings or diseases contractable by humans, so wander freely where the rats are fed on coconut shells, milk, and grains, the remains of which are all considered holy and the sharing of a piece of food snacked upon by a rat is said to bring good fortune. But for the greatest blessing of all, keep an eye out for one of the few albino rats, said to be manifestations of Karni Mata herself and her sons.

The Subculture Nomad: Discovering the World's Strange Side with Tokyo Blogger La Carmina