The Photographer Who Reimagined the Darkness of the Underground Railroad - Atlas Obscura
Want to see fewer ads? Become a Member. 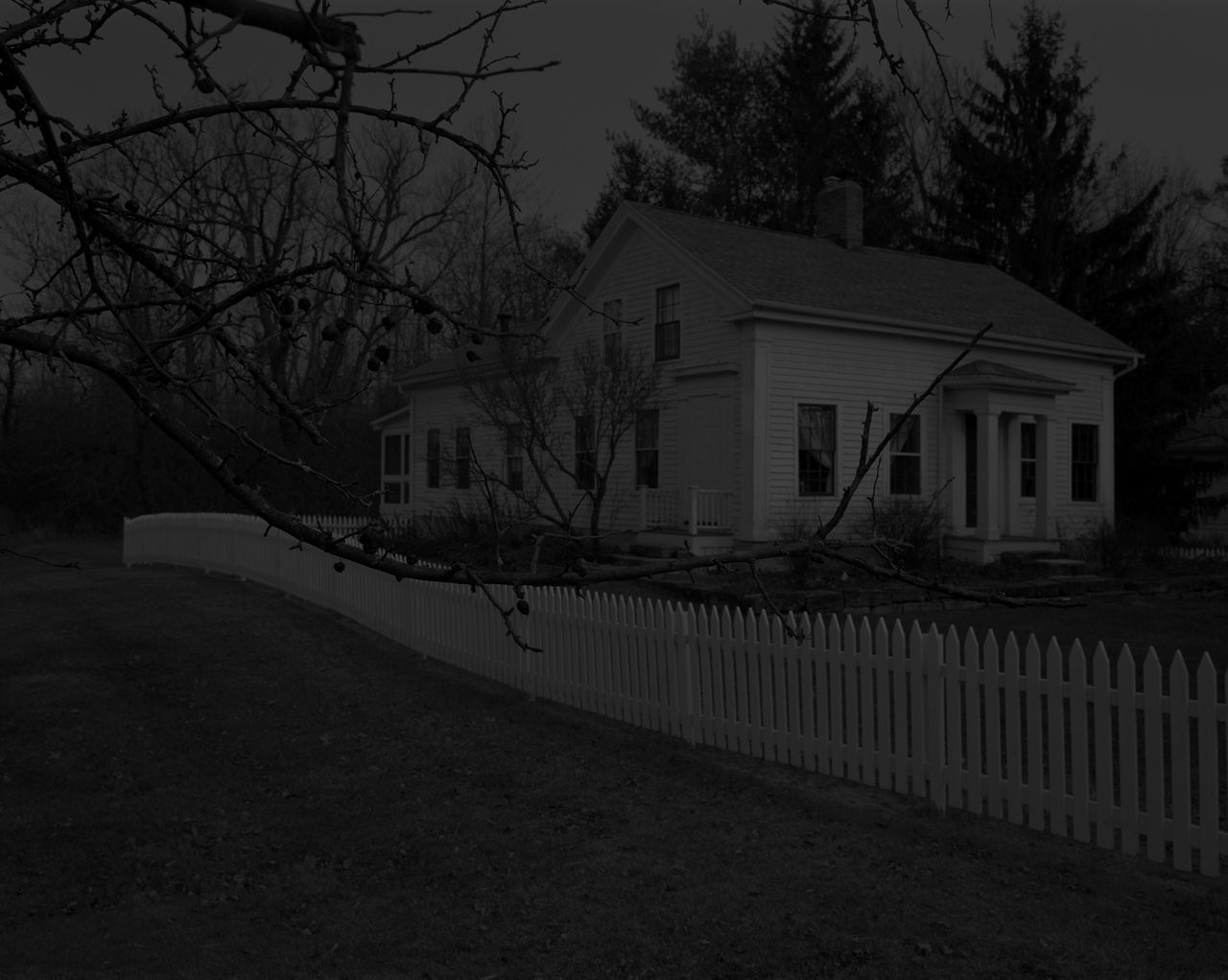 When photographer Dawoud Bey stood with his camera, overlooking the waters of Lake Erie in northeastern Ohio, he felt something unexpected. The acclaimed artist had been working on a project to reimagine the history of the Underground Railroad through shooting the imaginary point of view of a fugitive enslaved person moving through the landscape. Due to the inherent secret nature of the Underground Railroad, most of its “stations,” or safehouses, were a mystery. Those unknowns provided Bey with a certain creative openness. On the shore of Lake Erie, he saw the last 50 miles a person would need to travel, by boat, to reach Canada, and the freedom it promised. Bey told reporter Jeffrey Brown in a 2019 PBS News Hour interview, “… when I got there, almost inexplicably, I felt a very strong presence, unlike anything that I have felt related to any other photograph. So, at that point, I said to myself, this isn’t an imagined site. This is an actual location.”

To ground his work for the dark and nuanced pictures in this series, Night Coming Tenderly, Black, after a line in a Langston Hughes poem, the photographer found out as much as he could on the subject and places known to have been part of the secret network. “I then looked the sites up on Google Street View, to get a better visual sense of them, before doing further research at the Research Library of the Western Reserve Historical Society,” said Bey in a 2019 Bomb Magazine interview. “This research involved everything from reading fugitive slave narratives to reading a range of other materials related to that moment, as well as driving around and making site visits to the places I was thinking about photographing.”

The photographer did find some houses in Cleveland and Hudson, Ohio, identified as “stations” and designated as landmarks, such as the tannery built in 1825 by famed abolitionist John Brown. But he didn’t always choose to make these locations the main subjects of his photographs. He concentrated more on recreating an experience, rather than a literal documentation. “While I photographed some of these houses, I focused more on their surrounding landscapes, because those landscapes would have had to be traversed in order to reach the houses,” said Bey in the same interview. “I made sure to include bodies of water, such as creeks, in the images, because one strategy that fugitive slaves used to avoid being tracked was to enter a body of water and walk a ways in it so that their scent would be lost.”

Besides bodies of water, the beautifully murky photographs also portray the spindly shapes of forests, houses with porches, and picket fences in northeastern Ohio. What’s all the more remarkable is what’s not in the photos: There’s not a single human being.

This might seem unusual for a photographer renowned for his portraits in the streets of Harlem during the 1970s, of American teens in the 1990s, or of contemporary people to pay tribute to the victims of the 1963 church bombing in Birmingham, Alabama. Yet all these works live side by side at the retrospective Dawoud Bey: An American Project, at the High Art Museum in Atlanta, on view until March 14, 2021. What the photos have in common is their portrayal of the complex stories of the underrepresented. Or the unseen, in the case of Night Coming Tenderly, Black.

“It was important to me that the fugitive slaves moving through this terrain possess a sense of presence, even though their actual bodies aren’t depicted,” said Bey in Bomb Magazine. “The experience is visualized and imagined through their eyes; so while their black bodies may be literally absent from the images, their presence still informs the work in a visceral way.” To evoke the sensation of moving through the landscape under the cover of darkness, and the threat of danger, the artist shot the images at eye level or low to the ground. He also printed the images with rich, dark hues, so that they look as if they were shot at night, even though they were not. It is an intimate glimpse into the darkness. “History is the thing that I am mostly preoccupied with in my work,” said Bey in a 2020 video for the San Francisco Museum of Modern Art. “How can one reimagine and visualize African-American history? Make that history resonate in the contemporary moment.”

At this moment, the answer is as layered as the black and gray tones of his images. “By inviting us to imagine and empathize with the experience of the many individuals who bravely sought their freedom at great peril to their own lives along the Underground Railroad, we may be reminded of the evil roots of racism in this country and the ongoing struggles for justice and equality in the United States, and of how many Black Americans continue to navigate spaces that are hostile or threatening to them,” says Sarah Kennel, the High’s Donald and Marilyn Keough Family Curator of Photography. “By inviting us to carefully and slowly scrutinize the landscape elements in these pictures—trees, fences, houses, thickets, swamps, borders, and bodies of water—we are asked to see landscape itself as infused with the stories of those who worked it, occupied it, traveled through it, found death or freedom in it.

“Finally, in Bey’s virtuoso handling of photographic tone, one that delivers us into a lush, seductive twilight, he affirms the beauty of blackness itself as both photographic material and as social identity. As we traverse along the path charted by these pictures, this alluring blackness envelops us in a tender embrace, one filled with love and possibility.”

A photographer captures perseverance and pride over a decade of the Bill Pickett Invitational Rodeo.
museums

A new collection acquired by the Smithsonian is a window into Black history.
murder

In 1968, thousands of protesters camped on the National Mall as part of the Poor People's Campaign.
Want to see fewer ads? Become a Member.
From Around the Web
THE GASTRO OBSCURA BOOK
Taste the World!
An eye-opening journey through the history, culture, and places of the culinary world. Order Now