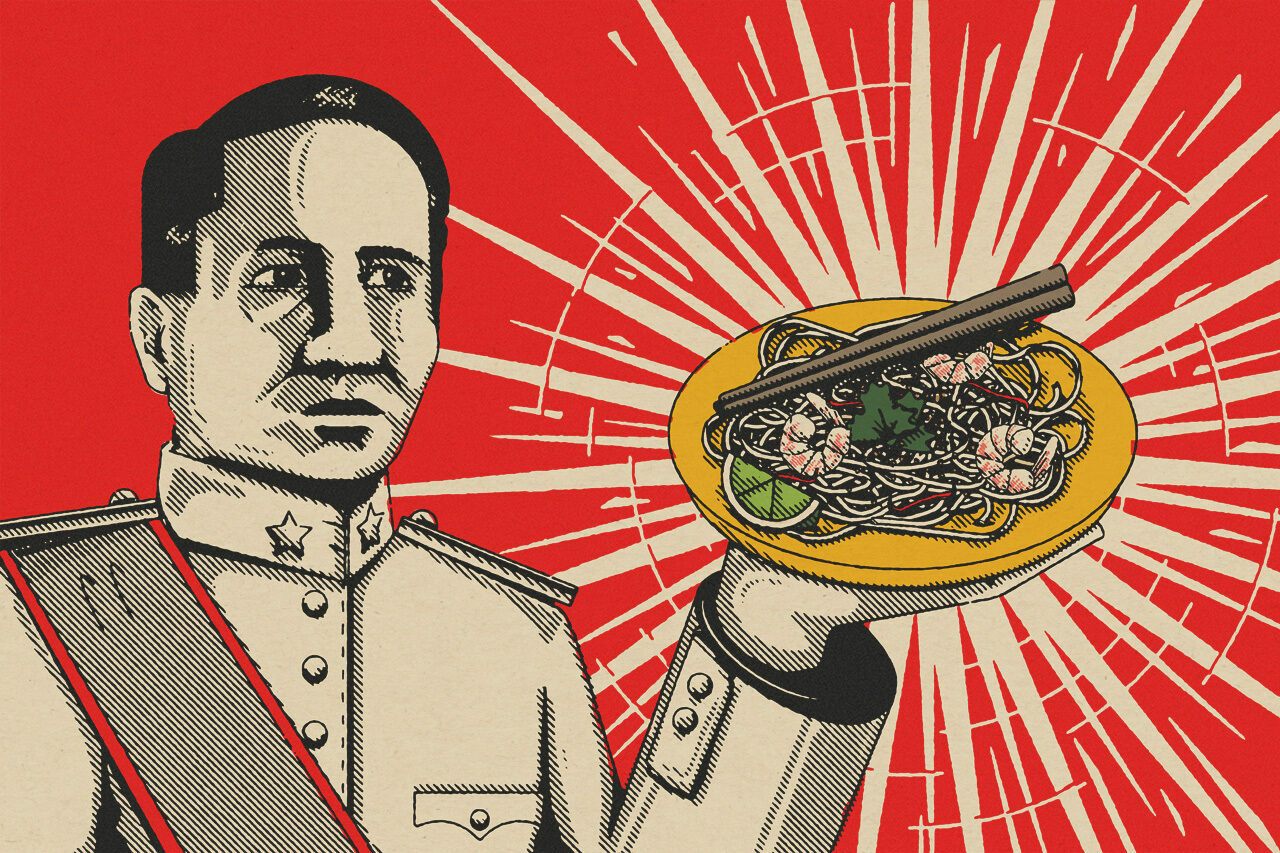 Castro's communist ice cream mothership has been serving five-scoop "salads" for over 50 years.

This article is adapted from a special edition of the July 6, 2021, Gastro Obscura newsletter.

It always surprises me that more people don’t know that pad Thai was invented by a dictator. I don’t mean that the authoritarian prime minister of Thailand, Plaek Phibunsongkhram, got creative in the kitchen one day. But he made pad Thai—then an unknown noodle dish without a name—the country’s national dish by fiat.

Phibunsongkhram was a military officer who took power in a coup and liked to compare himself to Napoleon. Establishing pad Thai as Thailand’s official food was one of many reforms he pursued to unify the country under his leadership. And it was remarkably successful.

The Thai leader is not the only authoritarian who took an active interest in his country’s cuisine. When successful, dictators’ food obsessions can change how a country eats and drinks for generations. Here, we explore the fascinating but unnerving world of dictator food projects.

Around the World in Authoritarian Eating & Drinking

Taedonggang Brewery, North Korea
Taedonggang Brewery wasn’t always in North Korea. For 175 years, it produced classic British ales in Trowbridge, England. Then North Korea’s government purchased it, shipped it to East Pyongyang, and added a mural of dictator Kim Jong Il. It brews some of the best beer in Asia, but is only modestly popular in the country.

Artwinery, Ukraine
In the Soviet Union, champagne was a decadent drink. Until Joseph Stalin decided that every comrade should be able to drink like a Russian aristocrat. To make “Soviet Champagne” affordably, this 3-million-square-foot factory opened on his birthday in 1950, inside a former mine.

How to Feed a Dictator


In 2020, chef-turned-journalist Witold Szablowski published How to Feed a Dictator, a book that tells the story of five chefs who worked for five terrible rulers. Instead of a collection of recipes, it’s a work of investigative journalism—a look into the psyche of dictators through how they eat.

In How to Feed a Dictator, you interviewed chefs who cooked for dictators. What did you learn from them that you couldn’t learn from anyone else?

I have a theory that the only two people a dictator cannot lie to or manipulate are their doctor and chef. And the chefs know everything.

Dictators need to have a strong image. But, for example, Enver Hoxha, the dictator of Albania, was diabetic and didn’t have the strength to spend all day with people and ruling the country. Only the chef and maybe his wife knew this. His chef told me Hoxha could only eat 1,500 calories a day. He was desperate when he couldn’t eat his favorite sweets and lost his temper over dessert.

It’s awkward and horrible, but I think one reason he became a bloody dictator was not getting his favorite foods.

What similarities emerged across dictators?

One similarity came from the psychology of eating. When dictators have been in power for years, when they’re tired of power, or scared of plots or attempts on their life, that’s the moment when they miss Mommy’s kitchen. They all go back to what they ate as children. That’s what surprised me most: That each of them had that moment. They started searching or asking for foods they used to eat as children, when they were safer.

Learning more about someone generally humanizes them. Did you worry about humanizing these terrible people?

I was hoping to humanize them, because they’re nothing but humans. They are not aliens brought to us—a dictatorship is always a product of society. So I want this book to be a diagnosis of where dictators come from, how we build them, how we feed them. The title has a double meaning: We are the ones feeding dictators.

Did you end up picking up any new recipes from these cooks… ?

Saddam Hussein’s “thieves fish soup” is now one of my favorite soups. I keep preparing it at home. It’s amazing, a very Middle Eastern dish with apricots and almonds and other ingredients.

At first, I didn’t know if this was soup you can cook at home. When you think Saddam Hussein used to love it and eat it, and it’s his family’s recipe. But it’s not the soup that was killing people.


In the Soviet Union and Communist China, the country’s leaders banned or discouraged home kitchens in favor of public cafeterias. They were meant to achieve socialist ideals of gender and class equality. But they more often served terrible food or suffered from shortages.

In recent years, though, Russian and Chinese diners have been lining up to eat at Communist-themed canteens. These eateries aren’t free; they’re capitalist restaurants opened to capitalize on the nostalgia for diners’ childhood memories. And they don’t suffer from food shortages.

For eaters not nostalgic for the Soviet era, it’s worth visiting just to sample dishes invented at the time, like a chocolate “potato” made by creative Russian cooks from cake and cookie crumbs.

When the Koryo Saram were forcibly relocated, they forged new identities.
food