Is This an Erupting Volcano or the Eye of Sauron? - Atlas Obscura
Want to see fewer ads? Become a Member. 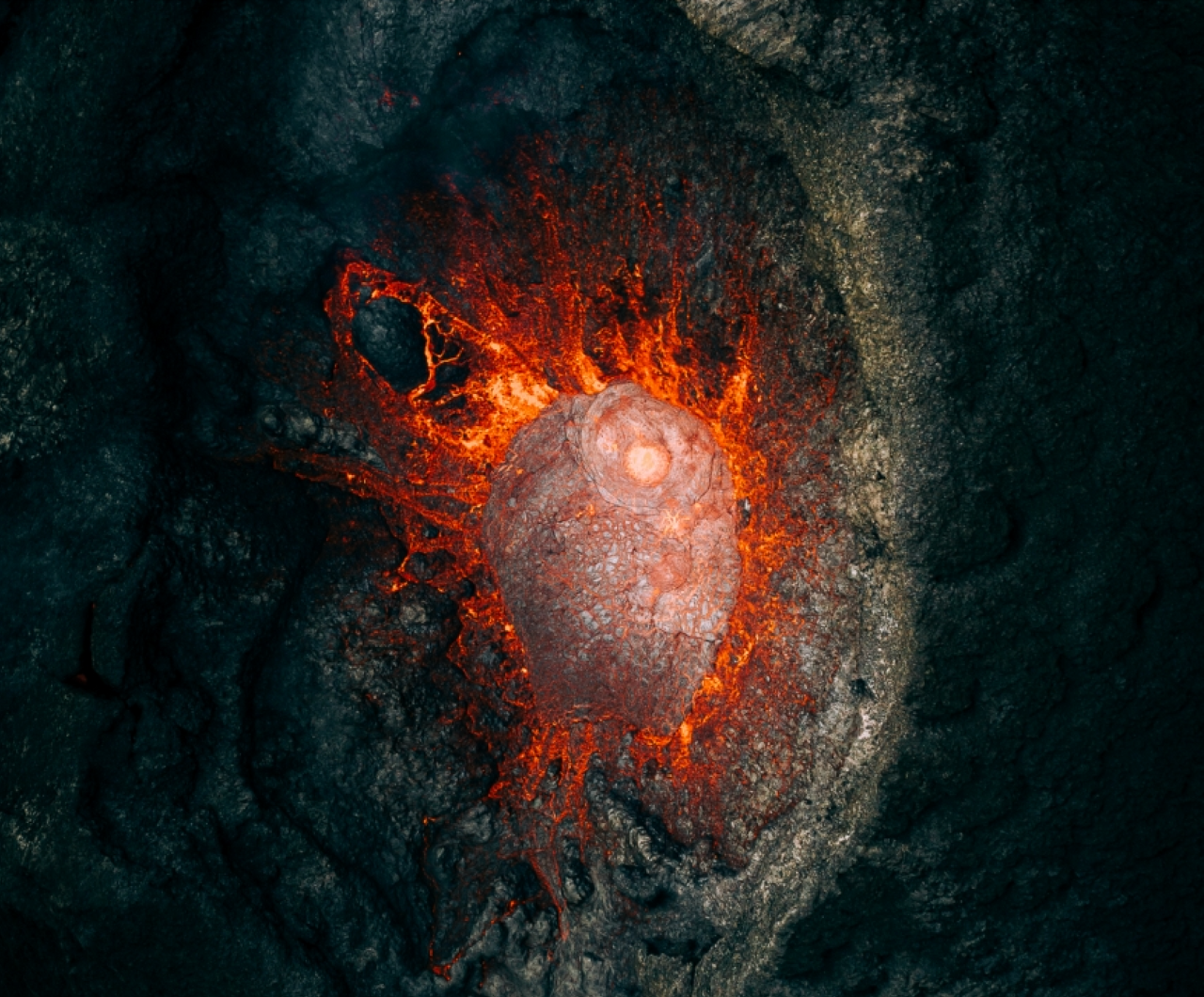 The mechanical creature swooped over shadowlands. Like a bird of prey on the hunt, its eye scanned a landscape black as orc blood and broken only by glowing streams of lava. It flew through choking fumes, into the heart of a malodorous hell. There it saw, and preserved for all to see, what appeared to be a single, baleful eye staring back. Okay, it was a camera drone flying over a volcano that thousands of people were able to visit up close and photograph, but it sure looks Tolkien-esque.

Argentine-born photographer Martin Sanchez had traveled to Iceland earlier this year to take in the island nation’s famously dramatic landscapes of fire and ice—and ended up capturing something that really does evoke the Eye of Sauron from the writings and illustrations of J.R.R. Tolkien. (“You know of what I speak, Gandalf: a great eye, lidless, wreathed in flame.”) He called the image Extragalactic, and it is a direct overhead view of the Fagradalsfjall volcano, which began erupting in particularly photogenic fashion in March 2021. Sanchez’s intense yet intimate portrait won 1st Classified honors in the Nature category of the Drone Photo Awards 2021, announced in September.

Fagradalsfjall, located on the Reykjanes Peninsula in the country’s southwest corner, had been sleeping for 800 years. In mid-March, however, heralded by swarms of earthquakes in the area, it awoke. Lava burst through the black rocks from previous eruptions in a curtain that became a fountain. The lightshow was visible from Reykjavik, more than 30 miles away, and from space—NASA satellites captured what appeared to be someone shining a very large flashlight upward from the otherwise dark, rural area.

The volcano has continued to erupt ever since, making and remaking the surrounding landscape, but fortunately not posing a significant threat to nearby settlements or Keflavík Airport, about 20 miles away. Fagradalsfjall has become, literally, Iceland’s hottest tourist destination. Since March, thousands of locals and tourists alike have hiked in for a closer view. Making the trip is not to be taken lightly, however, as conditions remain dangerous and can change quickly. Shifting lava flows have already cut off several hiking trails with little warning. After all, one does not simply walk into Mordor.

This Halloween, Step Into a Mannequin Graveyard

Iron-rich springs generate intense color in a stark landscape that, from above, might be mistaken for a crime scene.
volcanoes

A photographer captured water's ability to carve out new paths in all their fractal glory.
islands

4:51
Want to see fewer ads? Become a Member.
From Around the Web
Atlas Obscura Trips
Iceland in Winter: Natural Wonders & Ancient Legends
View This Trip
Thanks for sharing!