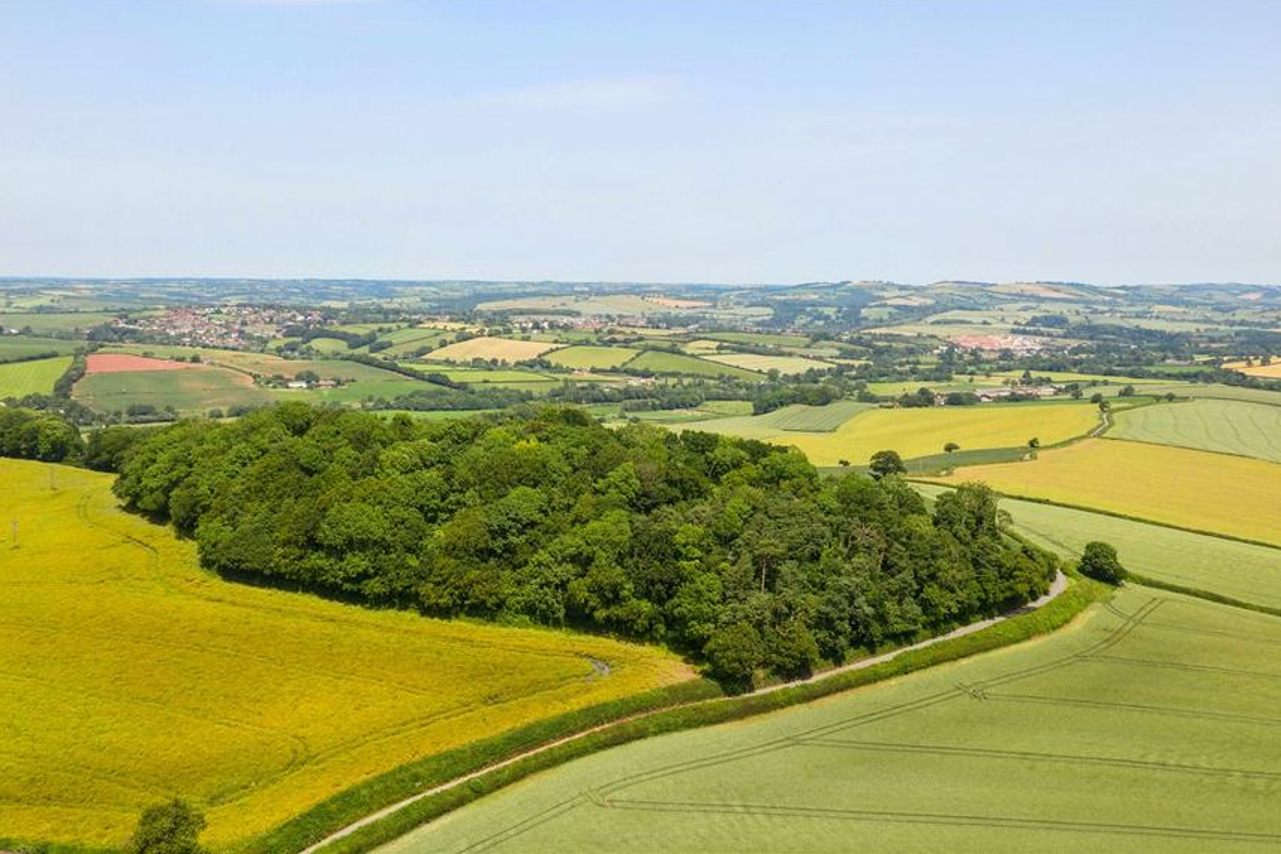 The Posbury Clump volcano, in all its faded glory. Jackson Stops
In This Story
Destination Guide

Apparently you don’t need to be a god to own a volcano—you just need $60,890 to spare and a yen for country life. Deep in Devonshire, England, an unusual property has gone up for sale—4.9 acres of woodland sitting on top of a volcano. If you’ve ever wanted to feel like a volcanologist, now’s your chance.

This volcano is extremely affordable by most geological standards, for a couple of reasons. One, it’s been extinct for more than 250 million years, meaning it’s less a volcano than a fossil of one. Two, it’s got a rather stodgy British name. The land is called Posbury Clump, a self-effacing moniker for a plot of land that once streamed red-hot lava on a daily basis. Think of it as the Sir Ian McKellen of volcanoes—Posbury paid its magmatic dues long ago and is now very happy to cash in on that clout in an upcoming movie about humanoid cats.

Like many extinct volcanoes, Posbury isn’t what it used to be. The elderly volcano is just 500 feet high, providing visitors with a sweeping but not particularly expansive view of the surrounding area, according to a description provided by the Jackson stops real-estate agency. But that view is beautiful, featuring farms and woodlands in the rolling hills of the Devonshire countryside.

Unlike some clumps, the Posbury clump is considered a site of scientific interest, according to Natural England, the government’s advisory arm on natural spaces. The volcanic woodland housed a prominent, basalt-rich quarry that operated in the 19th and early 20th centuries and, according to Jackson Stops, provided the building blocks for other Devonshire buildings of note, including Crediton Church and Medland Manor. Traces of this historical extraction can still be found in the woodland canopy that shades Posbury, including an old track that leads to the mouth of the quarry.

While Posbury’s days of fire and fury are long gone, there is some historical precedent for owning an active volcano. In 1943, a farmer in Mexico named Pulido watched as a baby volcano emerged in the heart of his land. The volcano, later named Parícutin, swallowed the farm and the surrounding forest. When Robert Ripley, the titular creator of the famous belief-questioning book, heard of Pulido’s strange luck, he was determined to buy the volcano for himself. Ripley negotiated with Pulido over the phone until a muralist named Gerardo Murillo, aka Dr. Atl, swooped in and purchased the land for himself.

Elsewhere in the world there are rare examples of privately owned volcanoes, such as the Pisgah Volcano in California. But while some places will allow you to own a volcano, you generally relinquish the rights to the lava.

Luckily, the future owner of Posbury will have no lava to relinquish—just a lovely mound with a fire-breathing past and a benign, bucolic future.

Fed Up With Fatbergs, an Australian Water Company Recorded a Jazzy Jingle About the Sewer

How a visit to Vesuvius shaped his prescient vision of a hot core.
volcanoes

For more than a decade, hot mud has oozed across thousands of acres, displacing entire villages.
Video