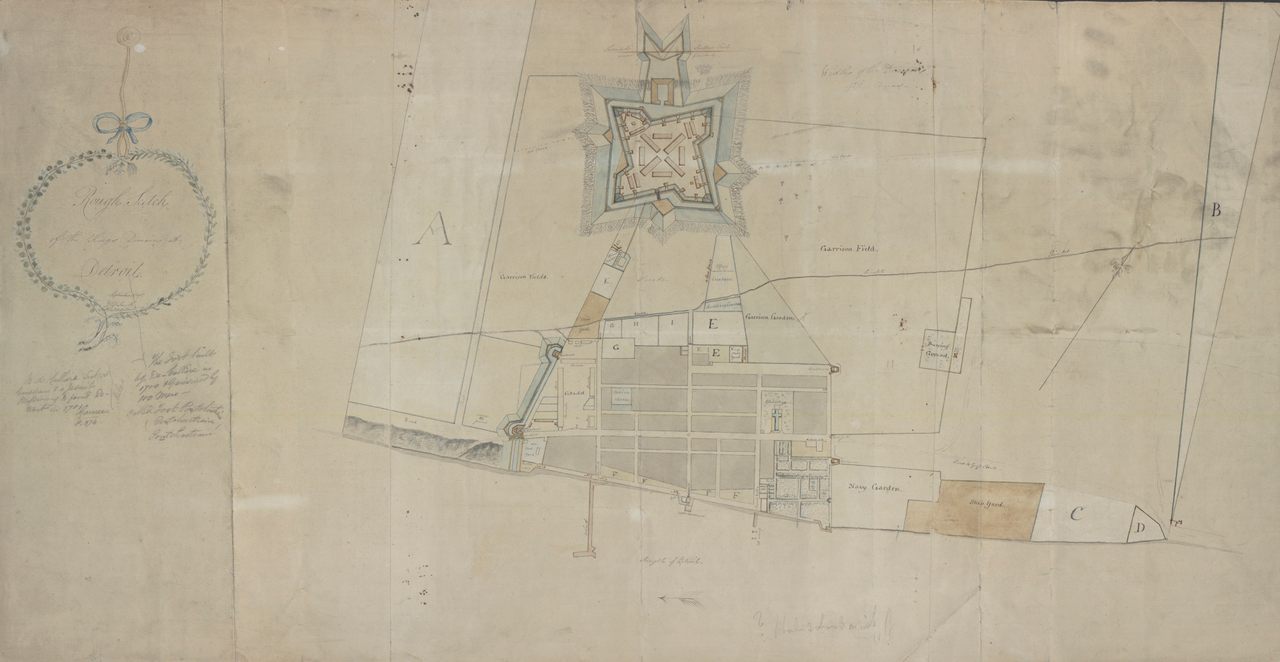 Detroit just ain’t what it used to be. Especially according to a centuries-old, hand drawn map that was recently discovered in an Ontario, Canada home.

As the Detroit Free Press is reporting, the map was discovered by an Ontario family, having been originally purchased by one of the family members back in the 1930s. The 21-x-40-inch map paints the borders of the city of Detroit as they would have been in 1790. The strip of America had been claimed by the founder of Detroit, Antoine Laumet de La Mothe Cadillac back in 1701, and the historic map shows the east and west boundaries of the parcel he knew as the “Domain.”

In addition to being delicately illustrated and lovely, the map depicts an otherwise unknown period in the history of the city, just before the British were to evacuate, leaving the land to the burgeoning United States. The thin-lined map also shows locations of planned military fortifications that never saw fruition, but the plans for which, hint at the defensive mindset of the Detroit citizens of the day.

Now the map resides in the collection of the William L. Clements Library at the University of Michigan, where it will stay, to remind us of heritage of one of America’s most historic cities.

The Complaints the FTC Received Over Pokémon Go

A Map of Fires Burning All Across the Globe

From above the Earth, it's possible to see how much is aflame.
maps

This Map Shows 42 Sites of British Suffragette Protest and Sabotage

They've all been officially recognized on the English National Heritage List.
maps

The Racism of American Monuments Goes Well Beyond Confederate Statues

A new map of Civil War-related landmarks is only the beginning.
Video • Object of Intrigue