Gather 'Round for the Ballad of Cocaine Bear - Atlas Obscura
Want to see fewer ads? Become a Member. 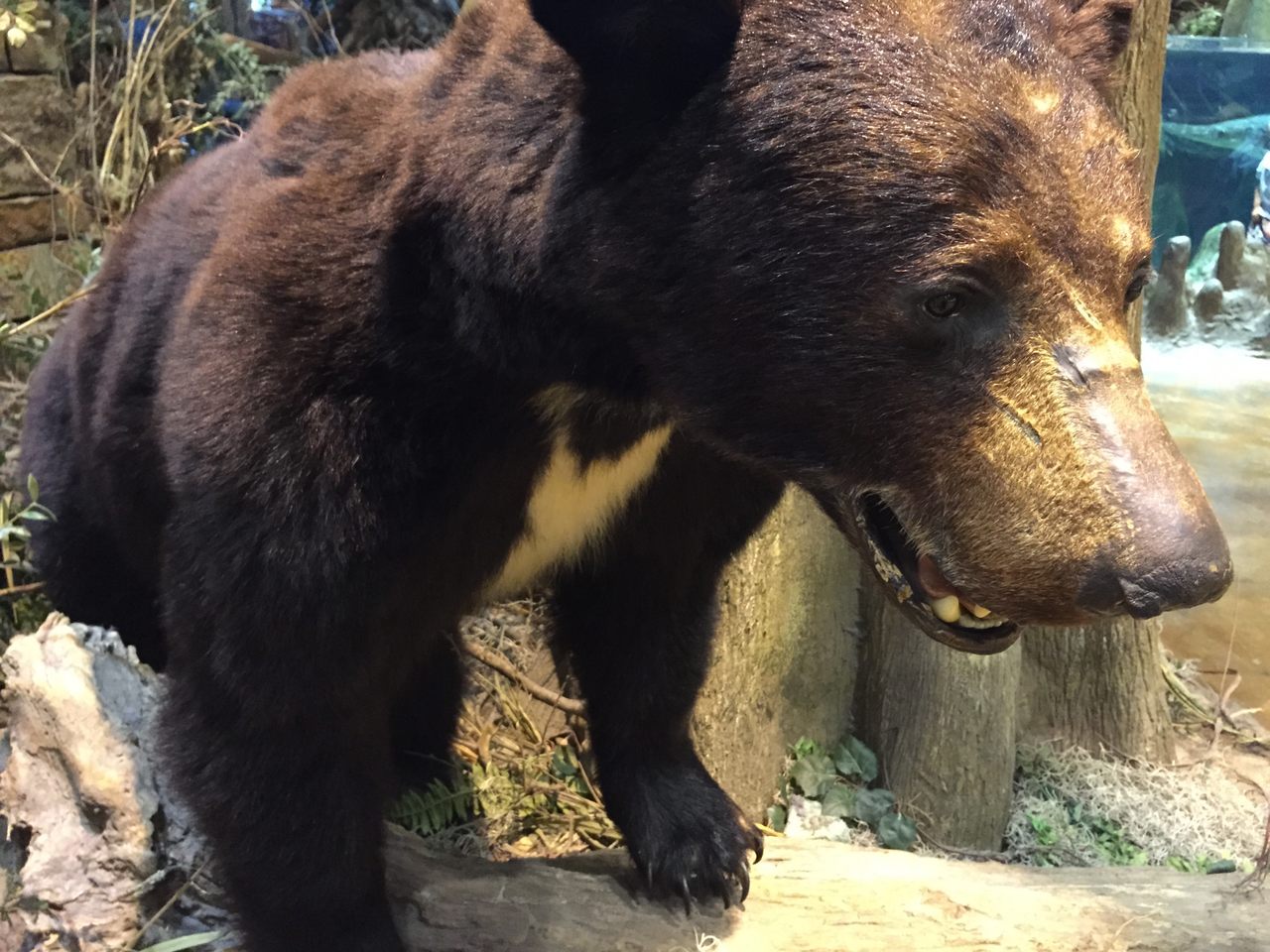 A stuffed black bear that is not Cocaine Bear, but likely resembles him. David Amsler/CC BY-2.0

In 2016, a Lexington, Kentucky, news report highlighted the local unveiling of a taxidermied black bear recovered by Whitt Hyler and Griffin VanMeter, co-owners of Kentucky for Kentucky, a company that promotes a hipper image of the Bluegrass State through themed merchandise.

But “Cocaine Bear,” as he’s known, isn’t just a kitschy shop decoration: The stuffed animal is tied to the bizarre death of Andrew Carter Thornton III, the Lexington-born drug trafficker at the center of the legendary “Bluegrass Conspiracy.” To catch the bear, Hyler and VanMeter tracked its astonishing 31-year journey. From the coroner’s office to a Las Vegas gambler’s mansion—and with a little help from singer Waylon Jennings—Cocaine Bear has seen it all.

Raised on a horse farm in Bourbon County, Andrew Carter Thornton III was born into the privileged life of the Kentucky elite, attending the exclusive Sayre School and the Sewanee Military Academy. While serving in the Army, Thornton received a Purple Heart after sustaining an injury during the 1965 U.S. intervention in the Dominican Civil War. After leaving military service, Thornton joined the Lexington Police Department and became part of the department’s first narcotics unit in the 1970s, working frequently with the DEA. While working as a police officer, Thornton attended law school and eventually resigned from the department to join a friend’s law firm.

But instead of practicing law, Thornton spent his time subverting it. The man DEA agent Robert Brightwell described to The Washington Post as “an adventurer driven by adrenaline rushes,” who was also an accomplished pilot, combatant, and skydiver, had found the dangerous life he was looking for in drug and weapons trafficking.

Thornton’s new career first came to the attention of law enforcement in 1981, after his lifelong friend Bradley Bryant was arrested in a Philadelphia hotel; cops found a cache of semiautomatic weapons, thousands of dollars in cash, disguises, and fake IDs. Federal agencies swiftly joined the investigation. Ultimately, Bryant, Thornton, and two dozen other men were implicated in a conspiracy to traffic marijuana and steal weapons from the China Lake Naval Center in Fresno, California, part of a larger gun- and drug-running syndicate with connections to Colombian cartels.

Thornton avoided significant prison time for the incident. After a period as a North Carolina fugitive and a possibly-staged murder attempt, he paid a $500 fine and served a six-month minimum-security sentence. From that point, Thornton mostly eluded run-ins with the law, although he was questioned in a number of deaths of individuals associated with his enterprises.

That is, until he fell from the sky.

At around 8:45 a.m. on September 11, 1985, the body of Andrew Carter Thornton III was discovered in a Knoxville, Tennessee, residential driveway, his parachute having failed to open. Thornton was heavily armed and had 77 pounds of cocaine strapped to him in a duffel bag. A key found on his body was matched to a Cessna that had crashed around 1:15 a.m. in the mountains of Clay County, North Carolina, about 60 miles away. Upon investigation, law enforcement officials determined that Thornton had likely set the plane on autopilot before jumping; had his parachute not malfunctioned, Thornton would have met an associate on-ground to complete the delivery.

This is where the bear comes in.

According to the FBI investigation into the case, Thornton apparently unloaded some of the plane’s cargo of cocaine mid-flight, as the plane was carrying too much weight. In the days after the Cessna and Thornton’s body were discovered, investigators found over 220 pounds of cocaine in the mountains of Georgia, packed in duffel bags matching the one Thornton carried. A few months later, the Georgia Bureau of Investigation reported that a dead, 175-pound bear was found among 40 open containers of cocaine, again matching the packaging used by Thornton.

The December 22nd announcement of the bear’s discovery is where his journey to Lexington begins. In a post on the Kentucky for Kentucky website, the group writes that they contacted the Georgia Bureau of Investigation and, since no one forgets a Cocaine Bear, the agency was able to connect the group to the medical examiner who performed the bear’s necropsy. The medical examiner provided this description of the cause of death:

“Its stomach was literally packed to the brim with cocaine. There isn’t a mammal on the planet that could survive that. Cerebral hemorrhaging, respiratory failure, hyperthermia, renal failure, heart failure, stroke. You name it, that bear had it.”

Regardless of the multitude of internal system failures, the bear was still in good shape externally, so naturally the medical examiner asked a friend who dabbled in taxidermy to stuff it. The medical examiner gave the bear to Chattahoochee River National Recreation Area, which displayed it in the visitor center as just a regular old stuffed bear. When an approaching wildfire forced the visitor center’s evacuation in the early 1990s, the bear was moved temporarily to a storage facility, where it was unfortunately stolen (along with other items in the unit) before the parks staff could retrieve it.

According to Kentucky for Kentucky, Cocaine Bear then found himself in a Nashville pawn shop, where he was purchased by (believe it or not) the legendary outlaw country singer Waylon Jennings. Jennings knew about Cocaine Bear’s drug trafficking connection, and decided it would make a great gift for friend and Kentucky native Ron Johnson.

So Jennings had the bear shipped out to Johnson’s home in Las Vegas. After Johnson died, the bear was sold at an estate auction to a Reno local. The final owner passed away before Kentucky for Kentucky tracked him down, but his wife—who never liked the bear, anyway—was more than happy to send Cocaine Bear off to Kentucky.

And that’s how the bear ended up at the Kentucky for Kentucky Fun Mall on Bryan Avenue. VanMeter and Hyler plan to produce “Cocaine Bear” merchandise and have already dressed up the bear with a plaque summarizing his story and a snazzy new hat. If nothing else, the bear serves as evidence that there’s a lot more to Kentucky than bourbon and horses.

They ate a bunch of dough and salami.
science

Scientists Have Unlocked the Magic in 'Magic Mushrooms'

The recipe for psilocybin just got a whole lot more clear.
drugs

Usually you'd expect pictures or a note. Not morphine.
Want to see fewer ads? Become a Member.
From Around the Web
THE GASTRO OBSCURA BOOK
Taste the World!
An eye-opening journey through the history, culture, and places of the culinary world. Order Now