The Makeshift Mosques of Athens Are About to Disappear - Atlas Obscura
Want to see fewer ads? Become a Member. 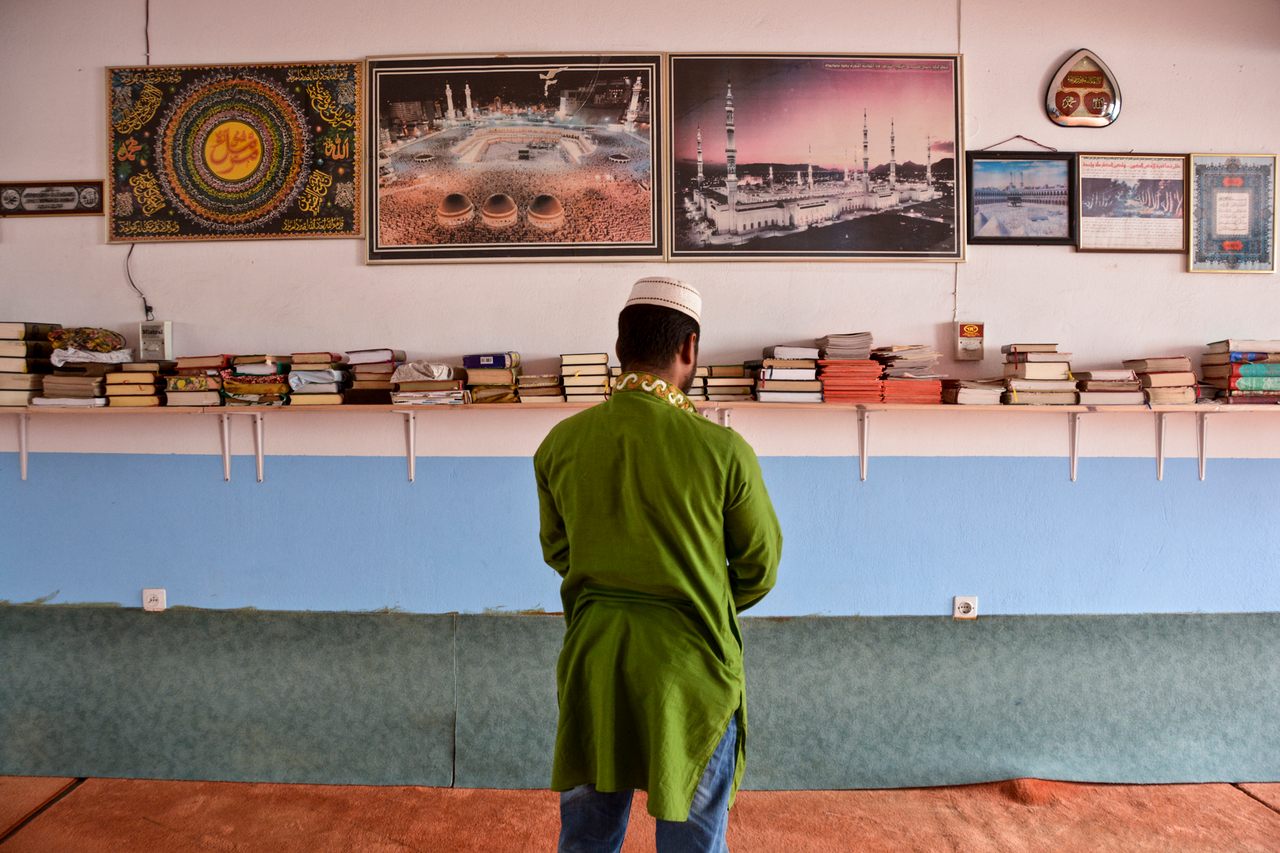 A Bangladeshi mosque in a rented apartment in Petralona. All photos by Demetrios Ioannou
In This Story
Destination Guide

Since the Ottomans left Greece over two centuries ago, Athens has been one of the few world capitals, and the last in Europe, without an official mosque. In the meantime, Athenian Muslims have had to find alternative ways to keep their faith.

According to the Muslim Association of Greece, the more than 200,000 Muslims who live in the Greek capital and Attica region that surrounds it have been trying for decades to get a proper place of worship. However, their demands have been thwarted, mostly due to political and religious reasons, as well as Greek bureaucracy. For a very long time, both the Greek Orthodox church and far-right political parties opposed the idea.

Without an official house of worship, individuals within the Muslim community began taking matters into their own hands and creating private worship spaces—at the beginning just for themselves and their families, but later open to everyone.

Athenian Muslims have transformed underground garages, empty basements, and rented apartments all around the city into cozy DIY mosques, each decorated with its owner’s individual taste and paid for exclusively with personal funds. According to MAG, it is estimated that within city limits, there are about 100 makeshift mosques. The majority of them are run by Sunni Muslims, although a few are operated by Shia individuals.

Now, after years of stagnation, Athens will soon have its first official state-owned mosque in the area of Votanikos, close to the city center. The final project was approved by the Greek government in August 2016 and the total cost of almost $994,000 (887,000 euros) was funded entirely by the Greek government. The construction started in November the same year and three years later, after many delays, the mosque is set to open by the end of Ramadan. According to officials, the construction has finished and only the decorations are left before it opens its doors for the first time. It will have space for 350 people, only 50 of which would be for women. An imam was recently chosen by the administrative committee of the mosque: a 50-year-old Moroccan immigrant with Greek citizenship, who moved to the country 25 years ago.

This will mean the end for many of those private mosques. Only very few that follow certain regulations imposed by the Greek Ministry of Education, Research, and Religious Affairs will be authorized and continue to operate. At the time of publication, just six of those makeshift mosques have been granted permission to keep running. In the next few months, following the expected opening of the official mosque early June, the rest will be evaluated by the Ministry, who will decide which ones will stay open and which will be permanently locked down.

These photos offer a glimpse at these unofficial spaces of worship, before the vast majority may be forced to close for good.

Being an Ottoman Janissary Meant War, Mutiny, and Baklava

To overthrow the sultan, janissaries first threw over their cooking pots.
mosquesislamreligionsacred spaces

A Visit to the Biggest Little Mosque in Honduras

The sky-blue building draws a diverse range of Muslims from hours away.
mythology

To believe in them and other djinns is to acknowledge there is a world beyond our own.
food