Across the Islamic World, the Ifrit Brings Miseries Both Large and Small - Atlas Obscura
Want to see fewer ads? Become a Member. 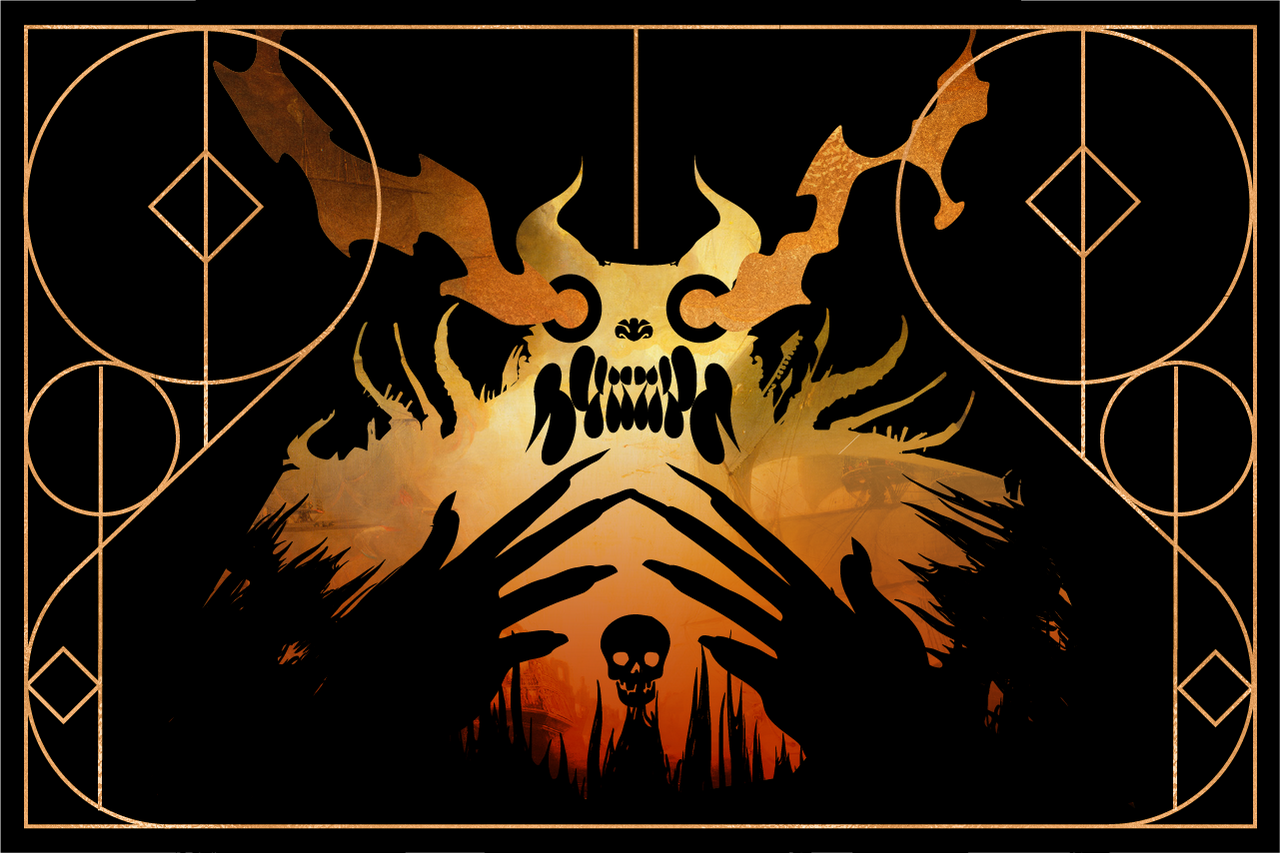 The ifrit is the most meddlesome and sinister of the djinn. W. Staehle / Unusual Co.

Imagine a world that exists parallel to our own, unseeable to the human eye and full of spirits with their own society, their own tribes and classes, their own laws and schools. Like in our world, some of them are good and some are evil. Like us, they feel passion and pain and joy and suffering.

Now imagine that these creatures had the power to enter our realm, to walk among us, and even change the course of our fate. What if they weren’t always eager to change that course for good? What if they had the power to influence prophets, leaders, kings, and queens, by seducing some, favoring others, and sabotaging us in ways large and small?

The universe, according to the Quran, is divided into two inseparable worlds: the visible and the unseeable, or Al-Ghaib. The latter encompasses both paradise and hell, populated by angels, ghosts, and supernatural creatures of all sorts called djinn—among them the ifrit. While Allah created the angels to be free of sin, restricted by His commandments, he forged the djinn from fire and gave them free will to act according to their own codes of morality and civility. And according to scripture, the ifrit, more than any other djinn, ran with that freedom into wicked pastures.

Descriptions of the ifrit vary throughout the Hadith (non-Quranic teachings attributed to Muhammad). Sometimes cunning, occasionally seductive, the creatures are even sporadically helpful, but almost always with more nefarious intent. Popular folklore portrays ifrit as enormous, winged smoke creatures that lurk in ruined and desolate environments—cemeteries, abandoned temples, even garbage dumps. Over time, belief in the ifrit has become diffuse, and varies by sect, country, and class. But every story shares a sense that ifrit are harbingers of death and destruction. In Morocco, they are believed to be the spirits of murdered innocents. In Egypt, ifrits can possess limbs, leading to disease or decay, or take over an entire host and grant a person supernatural strength and bravery—until they inevitably go mad.

Lesser forms of trickery are also the ifrit’s purview. A piece of jewelry goes missing? Likely pilfered by an ifrit. An impossibly beautiful stranger suddenly appears? Likely an ifrit out to seduce or marry a human. A mysteriously broken bone? Likely the work of an ifrit.

The ifrit appears only once in the Quran itself. In the passage, the spirit offers to carry the throne of the Queen of Sheba to King Solomon. Sensing the ifrit’s wicked nature, Solomon instead delegates the task to somebody “endowed with knowledge of the scripture,” the Quranic equivalent of a diplomatic smackdown.

In another early passage from the Hadith, the ifrit attempts to sabotage the prophet Muhammad during his miraculous Night Journey pilgrimage, on the back of a winged horse-like creature, to the Al-Aqsa mosque in Jerusalem. Before Mohammed can reach the holy site to unite the world’s prophets in prayer, an ifrit threatens him with smoke and fire—only to be thwarted by the archangel Gabriel, who teaches Muhammad a prayer to banish the evil spirit.

Around the 13th century, magicians began devising other ways to manipulate and ward off ifrit. Talismans became the most popular method, with blood sacrifices as a close second, particularly in Syria and Morocco. According to Liana Saif, post-doc at the Institute for Advanced Study in London, these practices corresponded with a rise in esoteric thinking, led in large part by Sufism, a form of Islamic mysticism. Around that time, the language around the occult sciences evolved and, because of its connection to Sufism, became Islamized. “There was a shift away from astral influences towards celestial magic,” says Saif. “Spirits became djinn, celestial souls became angels. Practicing magic went from, ‘I’m using the occult properties of natural things’ to ‘I’m invoking a djinn to do my bidding.’”

This invocation of the ifrit (or other djinn), however, was viewed as a form of black magic or, as Saif puts it, “a breach of the interdimensional social contract.” Accepting that djinn exist in a parallel dimension is an extension of faith, but trying to meddle in the unseeable realm is considered sacrilege. Saif notes that “the people who can sometimes see the unseen are those who don’t actively seek it. They are considered to be prophets and saints, and for them it becomes a token of God’s acceptance of their faith and asceticism. Others who do it for power? That is completely forbidden in many schools.”

Today, belief in the ifrit goes hand-in-hand with broader Muslim notions of faith; an acknowledgement of Al-Ghaib, and the creatures who dwell there, is a recognition that there are things beyond our sight, a spiritual realm. It is an extension of a belief in Allah. “The lore of the djinn has great importance for understanding how to relate to one another, to nature, to one’s surroundings, to disease,” Saif says. “I wouldn’t categorize it as superstitious. Belief in djinn gives agency over disease, and spirituality becomes a way that [people] relate to their minds and their bodies, and I think that’s valid.”

For Muslim believers, Al-Ghaib gives the entire universe a dynamic structure, and allows readiness and acceptance of anything that might occur—whether peculiar, fantastical, or mundane. This means accepting that an ifrit can possess, steal, meddle, and murder. But it also means living side by side with an entire realm filled with possibility, miracles, and hope.

6:12
Want to see fewer ads? Become a Member.
From Around the Web
Atlas Obscura Trips
Ancient Wonders: Egypt & The Nile
View This Trip
Thanks for sharing!