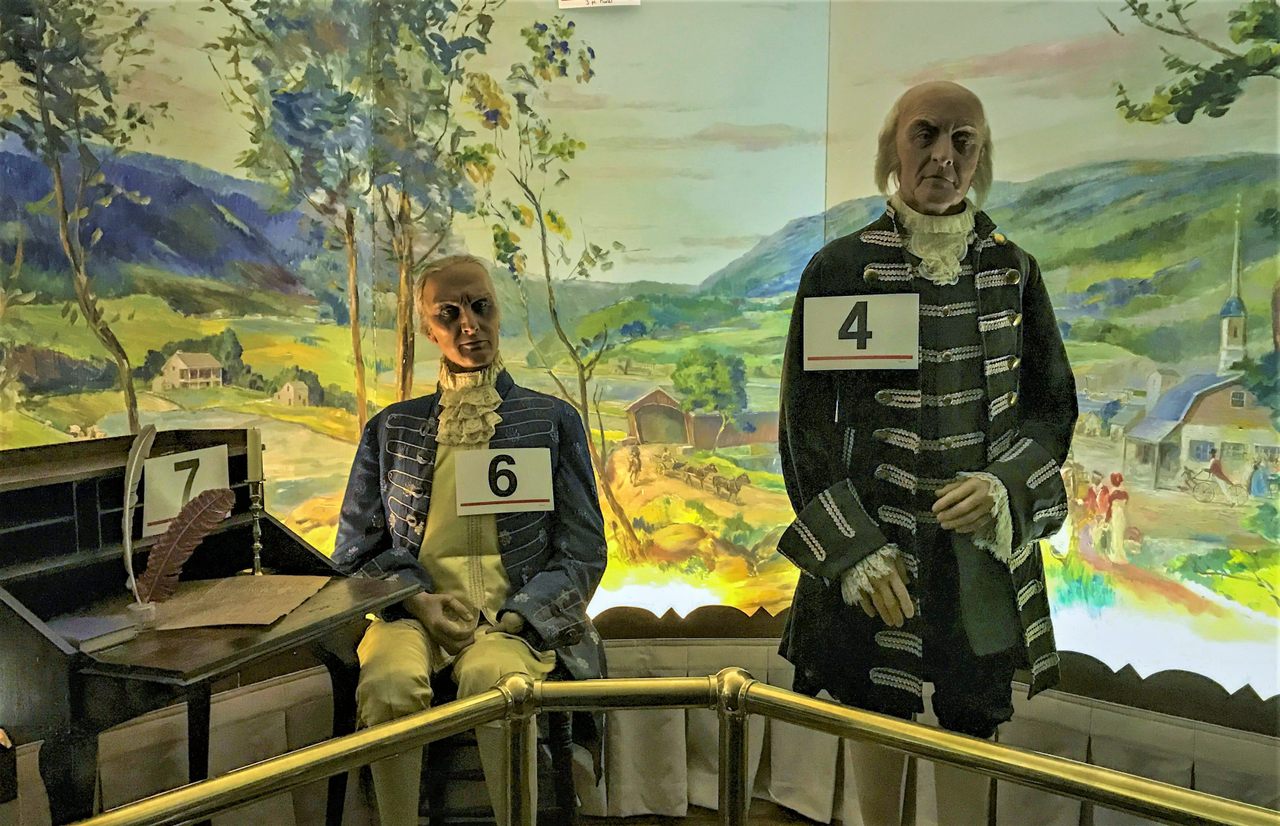 For some, 43 wax likenesses of U.S. presidents in a maze of dimly lit rooms is a ready-made nightmare. For others, they’re a solid business investment.

When Gettysburg’s Hall of Presidents and First Ladies Museum announced it would be closing back in November, they also scheduled an auction of their life-like commander-in-chiefs. The bidding finally kicked off shortly after 10 a.m. on a dreary recent Saturday morning. Wax President George Washington quickly sold for $5,100. Next, John Adams went for $1,600. Then Jefferson at $2,400, and so on, until every president—and first lady—from Washington to Obama (who fetched $2,000) had found a new home.

“We really did not expect them to go that high,” says Carol Metzler, vice president of Gettysburg Heritage Enterprises, the company that owned the museum. “But it was a very pleasant surprise.”

The museum itself opened in 1957 as a kitschy roadside attraction situated between Gettysburg National Military Park and the main part of town. According to the Washington Post, a couple hundred thousand people visited annually during the first few decades of the museum’s existence. But in recent years, attendance dropped precipitously, forcing owner Max Felty’s hand (which isn’t made out of wax). He told the The New York Times that even 2016’s intense presidential election didn’t seem to be enough to push people through the doors.

Still, there’s something about a life-size wax president that holds one’s attention. “You can see pictures of presidents on the internet, but it’s not the same as this,” says Carol Hunter, while her two little girls were busy peering up in a mixture of awe and confusion at Wax President George H.W. Bush. Twelve-year-old Derrick Lang, roaming the museum with his dad about an hour before the auction, says he often passed by this building but had never been inside. He wanted to stop by before all of the presidents were gone, plus he was hoping to bid on President Eisenhower. Unfortunately, even if Lang had saved every last penny of his allowance, it’s unlikely he could have afforded the general-turned-president. Wax Eisenhower went for $2,600.

Several presidential doppelgängers went off to museums or historical sites, but a large percentage sold to private collectors. Scot Fisher of Villanova, Pennsylvania, bought not only Washington, but also Abraham Lincoln (who went for the day’s high of $8,500) and Ulysses S. Grant. Overall, Fisher spent nearly $20,000 on wax presidents. His reasoning was fairly straightforward. “I’m just a history buff…and (these wax figures) are a piece of Americana.” When asked if he plans to display them in his dining room or kitchen, Fisher chuckled. “We’ll figure it out,” he says. Next to him, his wife’s smile got bigger.

Nicole Murphy won the auction for William Henry Harrison ($3,200), a man who was president for only 31 days. But she was quick to point out the ninth president was not for her. She’d flown in from Los Angeles to act as a “middleman” for a buyer she says she’s not at liberty to disclose. Why Harrison? “(He’s) unexpected, I suppose,” says Murphy of her mystery client. “Eccentric people have eccentric interests.”

In general, the wax first ladies sold for far lower prices. Perhaps this was because, unlike their life-size male counterparts, they’d been constructed at two-thirds the size of a normal human, making them all about 3 feet 10 inches tall. While no one remembers for sure why the first ladies are smaller, the consensus is that it was probably a cost-cutting measure. The miniature figures are clothed in replica gowns measured and sketched from those housed at the Smithsonian. Mary Todd Lincoln ended up the highest-priced first lady at $900, while Hillary Clinton went for $675. Karina Montgomery, a junior at Slippery Rock University minoring in history, was able to purchase Lucy Ware Webb Hayes for the reasonable sum of $325. Montgomery says she plans on proudly displaying Mrs. Hayes in her college apartment.

One more obvious buyer at the auction was Tom Ryan, president and CEO of Lancasterhistory.org, the organization that operates the onetime home of 15th President James Buchanan. Prior to the sale, Ryan hoped that President Buchanan’s well-known troubles as president would help keep the cost down. “If the price conforms to the reputation that most historians hold of him,” says Ryan, “he should be rather inexpensive.” Several hours later, he bought Buchanan for $4,000.

The auction concluded a little after 4 p.m., by which time the winning bidders were already busy removing wax figures from their museum pedestals, where many had stood for almost 60 years. It was a bittersweet day for those who saw the Hall of Presidents and First Ladies Museum as part of the fabric of Gettysburg, the site of one of the bloodiest battles of the American Civil War. But every single glass-eyed icon found a new home, even James Monroe (who sold for the day’s low of $1,000). Says Metzler, “(They’re) obviously a conversation piece… now people at home can have cocktails with Washington or Lincoln.”

Join us for a daily celebration of the world’s most wondrous, unexpected, even strange places.
31 days of halloween

How the Real Madame Tussaud Built a Business Out of Beheadings

The Grotesque 100-Year Old Wax Figures on Display in Brooklyn

When Ruggles Mine went up for auction, mineral collectors feared it would never reopen to the public. After a last-minute reprieve, its future is still uncertain.
Video • Wonder From Home