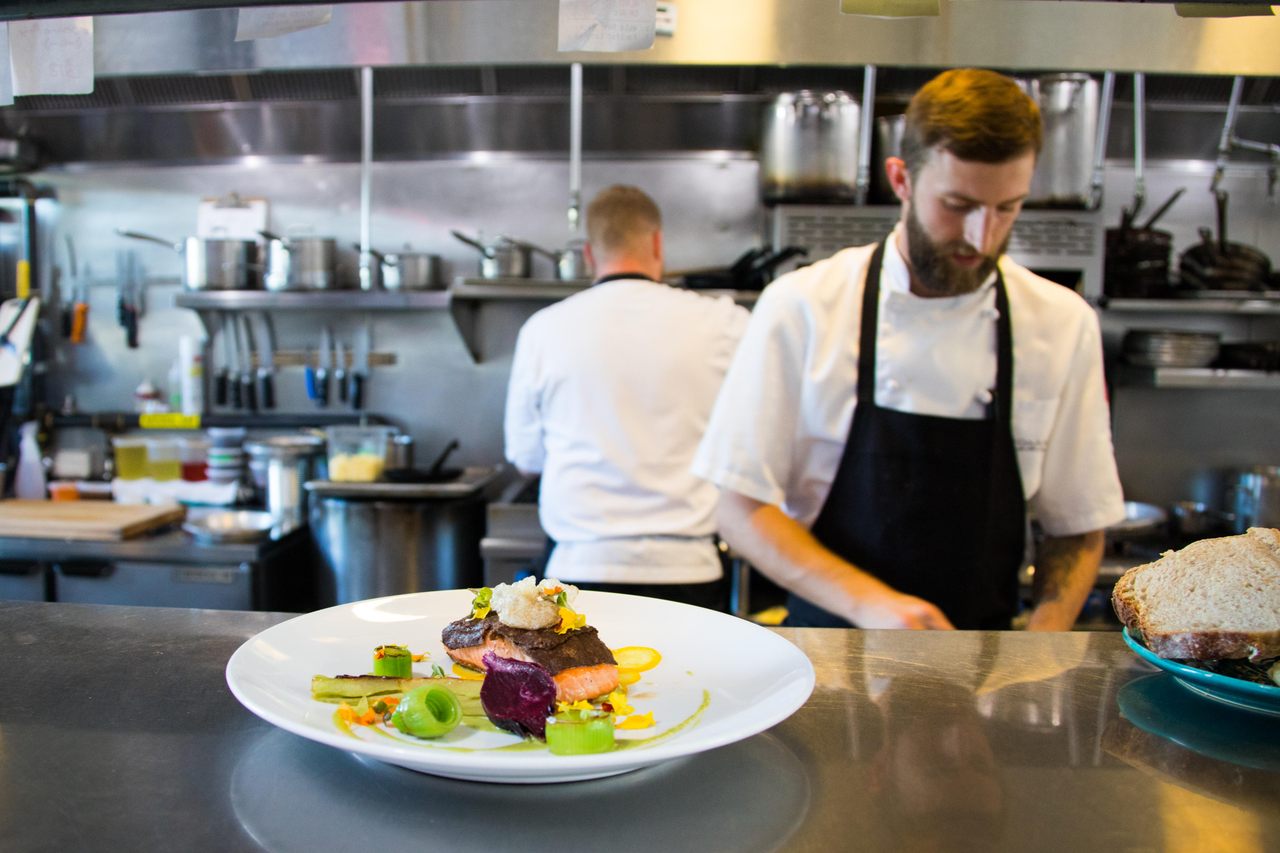 This article first appeared in Hakai Magazine and is republished here with permission.

Vancouver, British Columbia, is nothing short of a seafood paradise. Situated at the mouth of the formerly salmon-rich Fraser River, the city overlooks Vancouver Island to the west, and beyond that, the open Pacific Ocean. Long before it had a skyline or a deepwater port, this was a bountiful fishing ground for the Musqueam, Squamish, and Tsleil-Waututh peoples, who still depend on its waters for cultural and spiritual sustenance as much as for food. Today, tourists come from all over the world to taste local favorites such as salmon and halibut fresh from the water. But beneath these waves, things are changing.

Climate change is an intensifying reality for the marine species that live near Vancouver and for the people who depend on them. In a new study, a team from the University of British Columbia (UBC) shows one unexpected way that climate effects are already manifesting in our daily lives. To find it, they looked not at thermometers or ice cores, but at restaurant menus.

“With a menu, you have a physical and digital record that you can compare over time,” explains William Cheung, a fisheries biologist at UBC and one of the study’s authors. Cheung has spent his career studying climate change and its effects on the world’s oceans. He has contributed to several of the landmark reports of the United Nations Intergovernmental Panel on Climate Change, but along with John-Paul Ng, an undergraduate student at UBC, he wanted to find a different way to both study and communicate those changes.

“Many people, especially in Vancouver, go out to restaurants and enjoy seafood, so we wanted to see whether climate change has affected the seafood that the restaurants serve,” Cheung says.

The team gathered menus from hundreds of restaurants around the city, as well as from restaurants farther afield in Anchorage, Alaska, and Los Angeles, California. Current menus were easy to find, but digging into the history of Vancouver’s seafood proved a bit trickier. It took help from local museums, historical societies, and even city hall—which the researchers were surprised to learn has records of restaurant menus going back over a century—to compile their unusual data set. In all, they managed to source menus dating back to the 1880s.

Using their records, the scientists created an index called the Mean Temperature of Restaurant Seafood (MTRS), which reflects the water temperature at which the species on the menu like to live. Predictably, they found that the MTRS of Los Angeles was higher than that of Anchorage, with Vancouver falling in the middle. But by analyzing how the MTRS for Vancouver has changed over time, they found a significant trend of warmer-water species becoming more common on restaurant menus. In the 1880s, the MTRS for Vancouver was roughly 10.7 °C. Now, it is 13.8 °C.

One restaurant that became an important data point in the study was the historic Hotel Vancouver and its restaurant Notch8, a 10-minute walk from the harbor’s edge in the city’s financial district. The researchers were able to find examples of the hotel’s menus from the 1950s, ’60s, ’80s, ’90s, and today.

David Baarschers is Hotel Vancouver’s executive chef. Born and raised in Vancouver, he owes a lot of his passion for food to growing up surrounded by the rich variety of British Columbia seafood.

“In high school, I had a friend whose dad had a fishing boat,” says Baarschers. “Whenever they came back from the salmon season, they always had a huge amount of prawn. We’d be on their boat cooking them up in a pot of water. The first time I ever sucked the head of a prawn was just eye-opening. To learn that there was just so much you can do with food. It was mind-blowing.”

While a chef does consider peoples’ dietary preferences, a menu is also a reflection of what’s swimming nearby. Baarschers says that when he and the restaurant staff are deciding what seafood to order, they have to strike a balance between availability and customer taste. “We usually have conversations with our suppliers,” Baarschers explains. “Okay, what’s coming into season? What are you going to be able to supply us in the amount that allows us to put this on our menu?”

As warming intensifies, the species in high enough abundance to make it to menus are continuing to change. As Cheung and Ng’s work predicts, local cool-water species like sockeye salmon will continue to decline on Vancouver menus. (In 2019, British Columbia saw its lowest salmon catch in more than 70 years.)

In their place, southerly species are moving in. One of the most notable of these new arrivals isn’t a fish, but Humboldt squid, which have begun appearing in both fishers’ nets and in restaurants across the city.

From a chef’s perspective, Baarschers sees the changes as a mixed bag. New kinds of seafood are exciting to work with, but they come at the cost of beloved favorites.

“You get to know and love certain items, and when they decline and you no longer see the same fish around, it is a bit sad because you just have such fond memories,” he says. The changes could also affect Vancouver’s massive tourist industry, as customers have come to expect certain species on their plates. “Everyone waits for halibut season to come,” Baarschers says. “And if you don’t have halibut on the menu, people are asking why.”

How One Texas Rancher Saved the Longhorn—And Inspired John Wayne

A Dinner at the End of Our World

An author and a chef imagine how we'll eat if bees and fish vanish.
science

It may be the key to cutting down 7,800 metric tons of annual carbon emissions.
Video • PinDrop