How Alchemy Has Been Depicted in Art Through the Ages - Atlas Obscura
Want to see fewer ads? Become a Member. 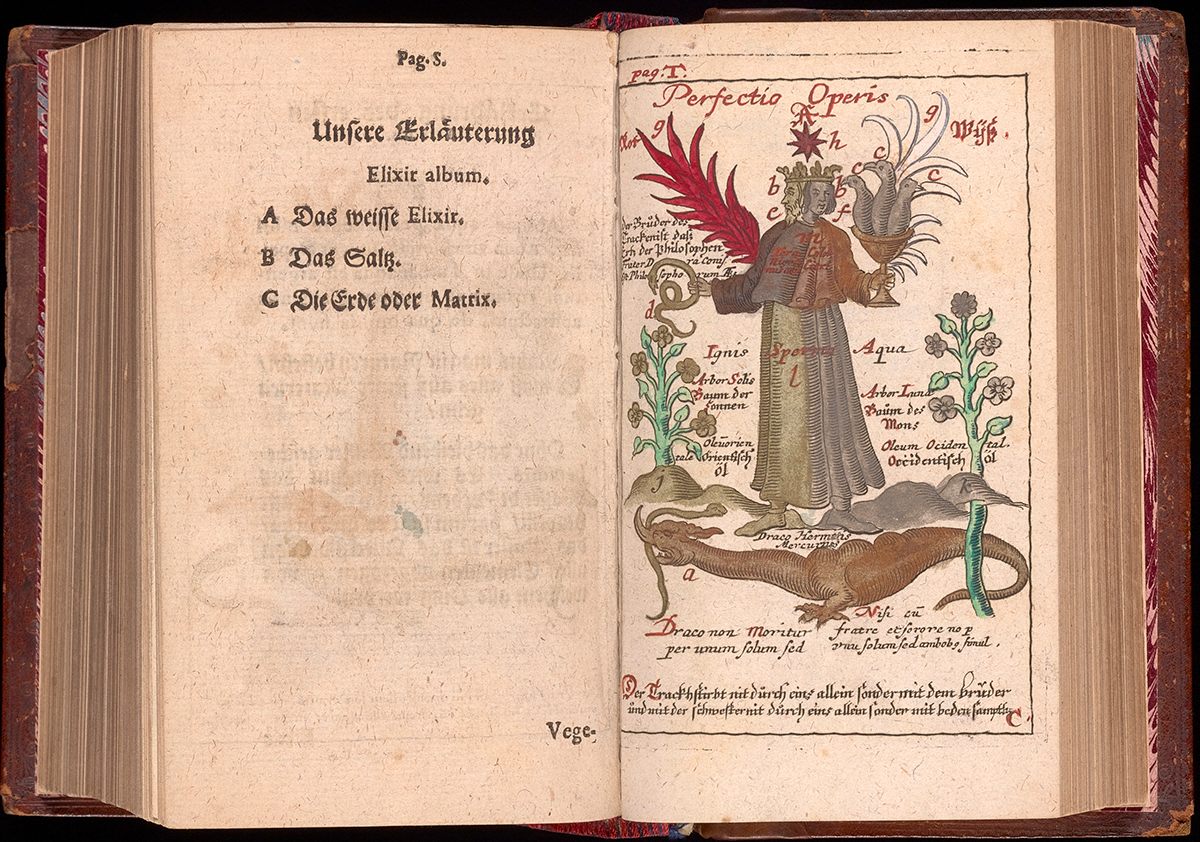 The Perfection of the Work, a hand-colored engraving with gilding in Johann Michael Faust's Compendium alchymist[ae] novum sive Pandora, 1706. All Images: The Getty Research Institute

In the 1738 edition of Physica subterranea, written by German alchemist Johann Becher, there is a particularly intriguing illustration. Titled The Body as an Alchemical Laboratory, it depicts a figure framed by drapes and surrounded by floating symbols. To an untrained eye, these symbols are indecipherable. But for those that studied alchemy—primarily known for attempting to turn base metals into gold—they codify formulas, elements, planetary metals and ingredients.

Some of the symbols shown relate to Venus (linked to copper), Mercury (linked to quicksilver), along with “primary catalysts” like sulfur. Their design is almost mystical, akin to the hidden codes of a secret order. It’s a fascinating example of how alchemy has been depicted over the centuries, which is the subject of the new Getty Research Institute exhibition, The Art of Alchemy.

But there was more to alchemy than trying to create gold. It encompassed elements of chemistry, and also had the loftier aim of extending life. Or, as David Brafman, the curator of the exhibition puts it, “alchemy was a science tinged with spirituality and infused with a spritz of artistic spirit.”

The exhibition explores alchemy as depicted in art and rare books, across Europe and Asia, from the 3rd century B.C. to the 20th. It includes the 20-foot-long Ripley Scroll, an 18th century artwork that shows two alchemists sharing secrets from a locked book.

Atlas Obscura has a selection of images from the exhibition, which runs through February 12, 2017.

Looking Inside the Abandoned Schools of the Irish Countryside

Ireland is full of deserted schools. I've photographed 150 of them.
alchemychemicalssecretvisualphotographymedievalart

How the occult has been depicted in art, from mandrakes to palmistry.
science