The History of Islamic Medicine is Revisited in London - Atlas Obscura
Want to see fewer ads? Become a Member. 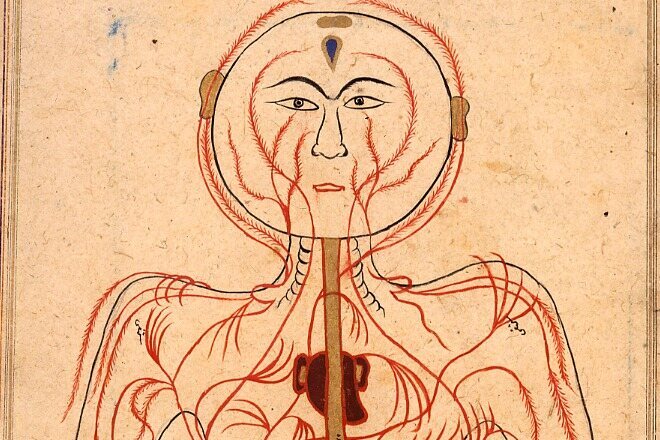 Detail of an illustration from Manṣūr’s anatomy (Tašrīḥ-i Manṣūrī), 1656 (courtesy the Royal College of Physicians)

“Medicine is a science through which one knows the states of the human body, whether healthy or not, in order to preserve good health when it exists and restore it when it is lacking.” — “Canon of medicine (al-Qānūn fī l-Ṭibb)” by Avicenna (Ibn Sīnā, 980–1037).

With rare manuscripts dating back to the 13th century, the Royal College of Physicians in London is taking a look at the Islamic medical tradition, an area of medical history often overlooked in our understanding of the evolution of modern medicine.

The Mirror of Health: Discovering Medicine in the Golden Age of Islam opened earlier this month, and the collection of texts have been newly examined and many are on public display for the first time. In addition to the manuscripts from the Royal College of Physicians, there are artifacts and other objects from the Science Museum in London, Cambridge University, Oxford University, and Eton College. Arabic was the main language for many medical texts when the Royal College of Physicians was established in the 16th century, so the acquisition and understanding of these manuscripts has long been important to the institution.

Ancient Greek medicine and the Roman physician Galen with their emphasis on humoral pathology, namely the body’s different “humors” or fluids of black bile, yellow bile, blood, and phlegm, are an important grounding for the earliest examinations of human health here, but as the exhibition shows Islamic medics progressed far beyond that in their understanding of the internal workings of the body, and their contributions were essential to the development of medecine around the world. The manuscripts include some fascinating full-body illustrations of human reproductive anatomy from the 17th century (which we’re previewing below), as well as other views into the development of medicine in the Islamic world between the 9th and 17th century.

As for the title title, curator Peter E. Pormann of the University of Manchester explained: “When we look deep into the medical tradition of Islamic lands, we recognize many reflections with today — which is why we called the exhibition ‘Mirror of health’.” 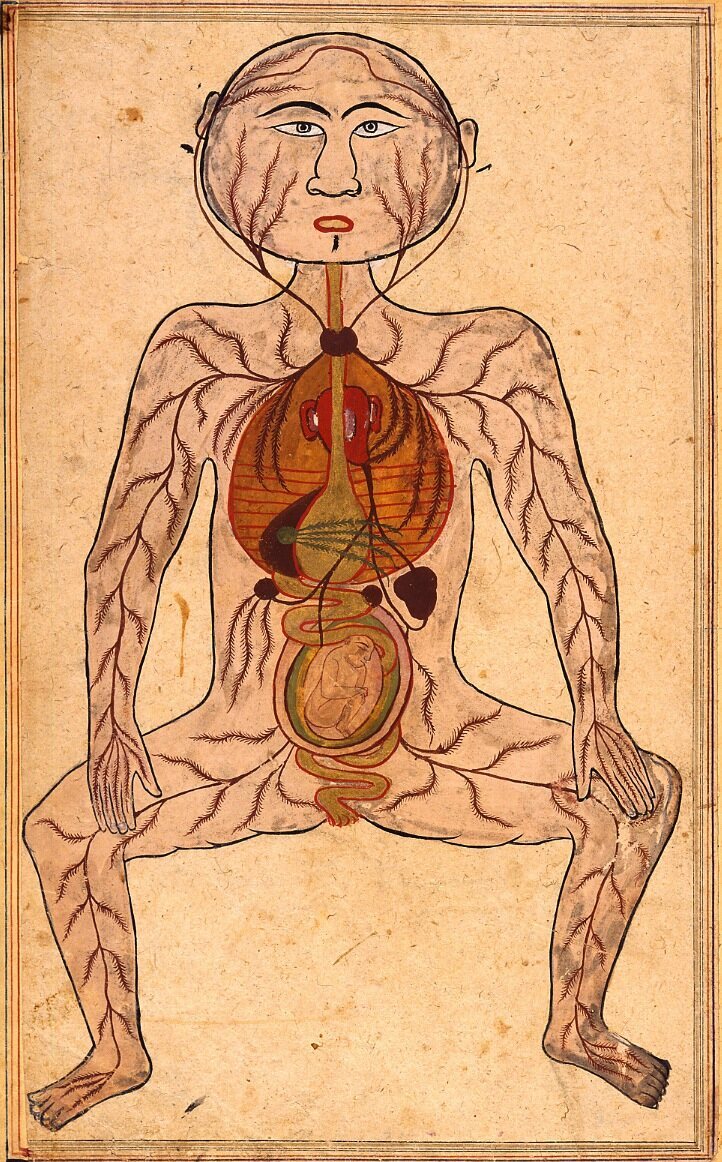 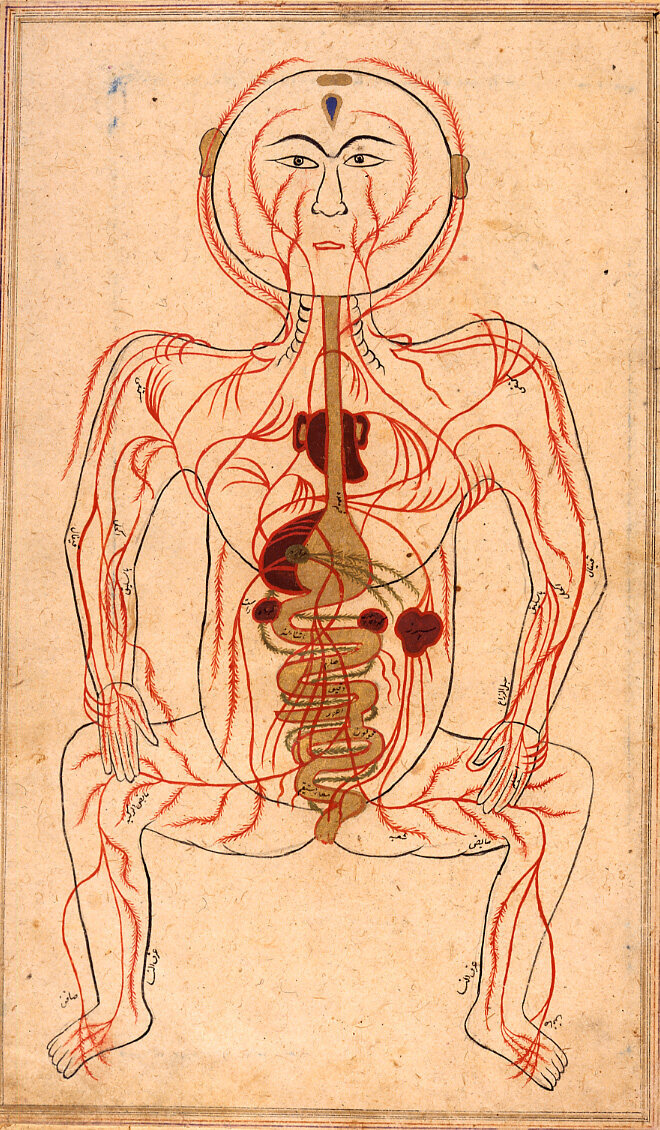 The Mirror of Health: Discovering Medicine in the Golden Age of Islam is on display at the Royal College of Physicians in London through October 25.