What Do You See in This Spiral of Color and Light? - Atlas Obscura
Want to see fewer ads? Become a Member. 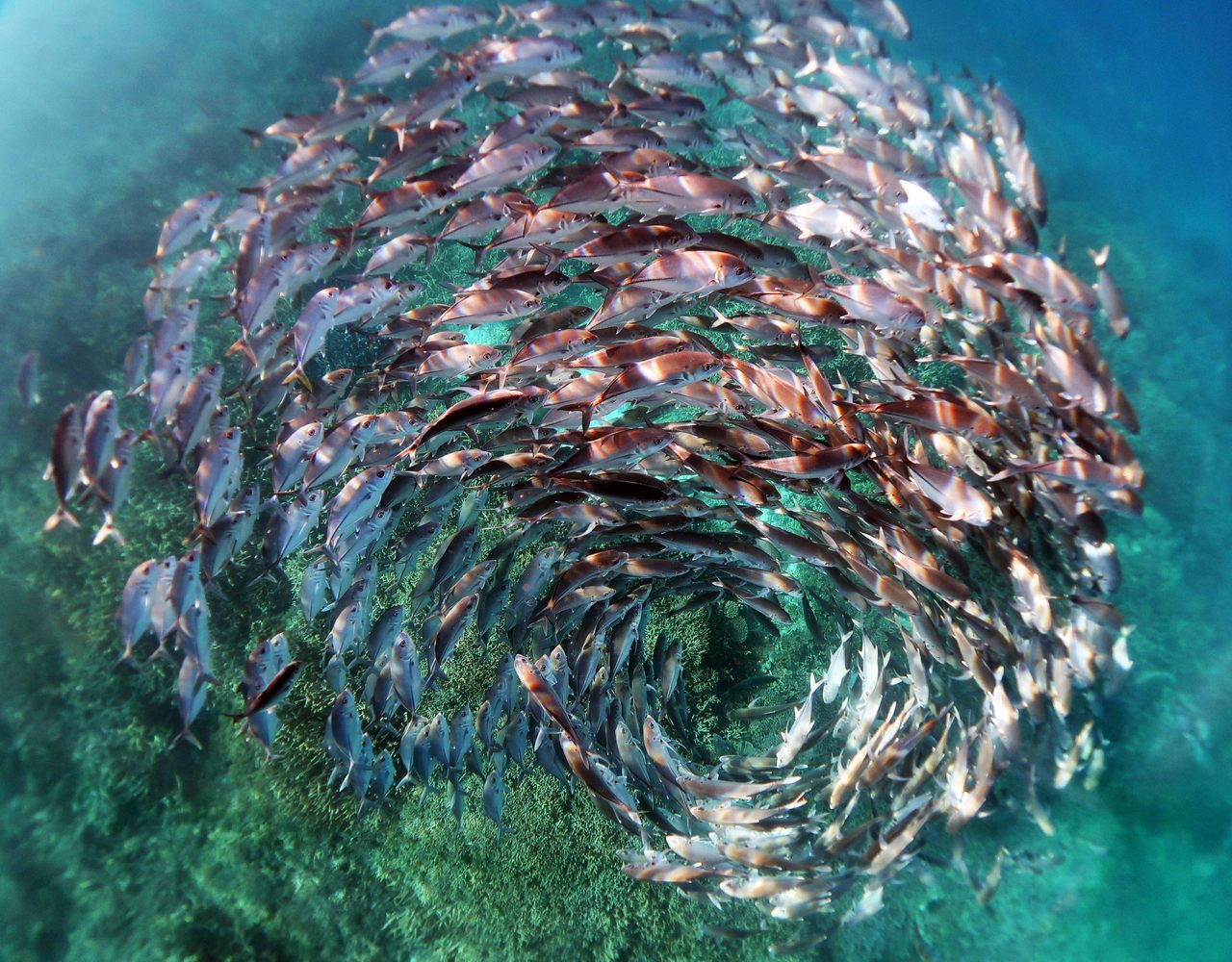 A spiral formation of jack fish in Heron Island's harbor was the winner of BMC Ecology and Evolution's inaugural photo competition. Kristen Brown
In This Story
Destination Guide

A swirl of sunlight-dappled jack fish, spinning as a single entity, symbolizes peril and promise, according to the scientist who captured the award-winning image one summer morning. The photo is also a nod to the researcher’s perseverance.

For the past eight years, coral reef ecologist Kristen Brown, currently a postdoctoral researcher at the University of Pennsylvania, has done fieldwork off Heron Island. It’s a tiny, sandy, low-lying speck sitting atop a coral reef, nearly 50 miles off the coast of Queensland, Australia. Earlier this year, Brown and colleagues spent several weeks at the site investigating how the local corals respond to ocean acidification, an increasing threat to reefs around the world.

In between measuring growth rates and the density of symbiotic algae of their test subjects, Brown and other researchers snorkeled in the 72-acre island’s small harbor. Day after day, Brown says, they ran into the same large school of jack fish. The fish, which grow to about two feet in length, are common in the region and, on their own, not particularly eye-catching. But Brown was enchanted with their movement, and became a bit of a paparazzi, obsessing over the perfect shot.

After four weeks of stalking the fish, Brown says, “the very last photo” she took was a keeper. In August, that image, of the fish in a spiral formation, was named the overall winner and winner of the Conservation Biology category in the inaugural BMC Ecology and Evolution image competition.

For Brown, the image depicts more than a shimmering swirl of fish. When submitting it to the competition, she called it “a visual metaphor for the spiraling crisis unfolding within our oceans.” Brown and her peers witness acidification and other consequences of climate change firsthand out in the field, and she hopes the image draws in people who don’t have the chance to strap on a snorkel and fins.

“Ninety-nine percent of people haven’t even been to a coral reef,” Brown says, adding that she thinks the positive attention the image has received may generate broader interest in marine conservation. “Because the image has captivated so many people, it’s a great platform through which to share what’s happening.”

Studying the animal’s nerve network may help scientists understand our own.
Video • PinDrop