How Do You Move a 320-Year-Old House Across an Ocean? - Atlas Obscura
Want to see fewer ads? Become a Member. 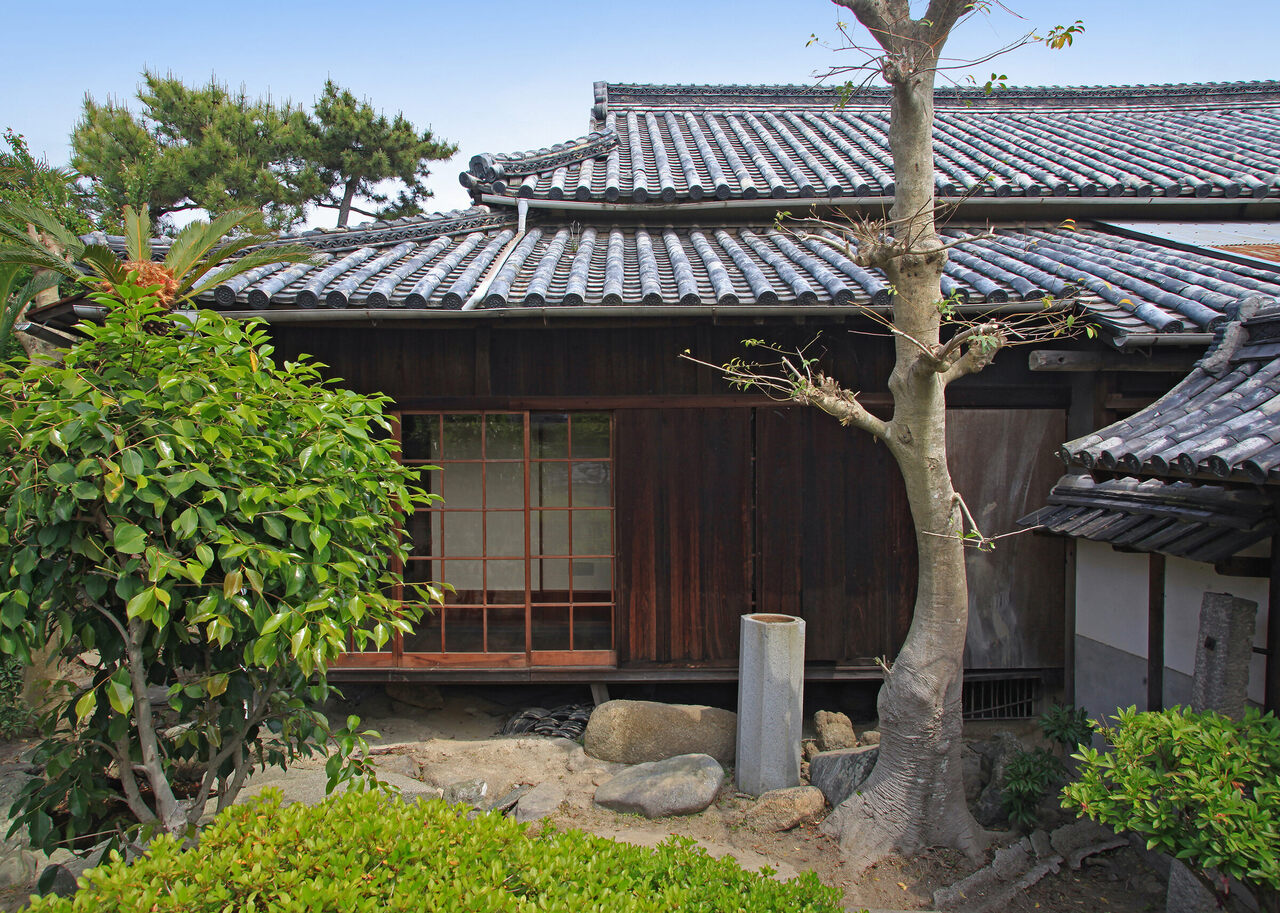 The historic home of the Yokoi family of Marugame, Japan, has been given to The Huntington. Hiroyuki Nakayama/The Huntington Library, Art Collections, and Botanical Gardens
In This Story
Place

Carnivorous Plants at the Huntington Gardens

Bug-devouring flora are the stars of a special wing of the glass conservatory.
Destination Guide

In the Japanese city of Marugame, the home of a former village administrator still stands where it did more than 300 years ago. The wooden structure survived the firebombing campaigns of Japanese cities during World War II and will soon be leaving its longtime home to become part of the famed Japanese Garden at California’s Huntington Library. But how exactly do you move a centuries-old home from Japan to the Golden State?

Between 1603 and 1867, Japan existed in a state of harmony and economic growth. Prior to this stretch, the country was marred by centuries of civil war known as the Sengoku Period. At the turn of the 17th century, the three unifiers—Oda Nobunaga, Toyotomi Hideyoshi, and Tokugawa Ieyasu—were able to restore order to the country. The country was now under a single government and feudal system that would last for two centuries. This turn of events ushered in the Tokugawa or Edo Period.

Under this new united way of life, Japan became a much more urban environment, with the city of Edo—now known as Tokyo—boasting around a million residents. Samurai began relocating to cities including Edo and Osaka, leaving villages behind. Responsibilities for governing over village life were now in the hands of shōya, or village headman, chosen by feudal lords or the shogunate government to act as village administrator.

The shōya documented life in their town. They were required to keep logs and diaries to ensure the village maintained continuity when it came to farming. The types of crops grown, seasonal yields, and the amount of fertilizer used were all recorded. Village headmen also chronicled local history, which involved keeping track of a wide range of events, from archiving official letters to recording pregnancies and births. These records were often kept inside the home of the shōya, which acted as an archive of sorts and was a crucial centerpiece to village life.

The 3,000-square-foot wooden residence on its way to the Huntington once belonged to a line of shōyas. The home is intricately crafted through a series of interlocking beams, posts, and sliding wood panels. Over the last three centuries, it has remained relatively the same outside of its ceramic roofing, which may once have been thatched with straw. Family records relating to the home indicate that it was built by a seventh-generation head of the Yokoi family, who died at the site in 1713. The structure has remained in this one family’s possession ever since. The home is said to have more than 13,000 records associated with its time as a shōya residence, all of which are now on display at the Kagawa Prefectural Archives.

The residence was donated to the Huntington in 2016 by Yohko and Akira Yokoi, whose lineage can be traced back to their samurai ancestors who battled through the Sengoku Period. It is believed they fought under Hideyoshi, although it is unclear to what clan they belonged, says Robert Hori, Gardens Cultural Curator and Program Director at the Huntington. It’s likely that the Yokoi family came out on the wrong side of the Sengoku. This would have resulted in the family losing or abandoning their samurai status, according to David Howell, professor of Japanese history at Harvard University. Howell adds that this act would have relegated the status of the family to that of commoner. However, because of their previous classification as samurai, they existed in a liminal category, above other commoners but below the samurai class.

Being former samurai also meant the Yokois were better educated than most other people, who struggled to read and write. Research focused on the end of 17th-century Japan found that out of 30 million people, around 0.1 percent had a strong understanding of numbers and literacy. This made the Yokoi ancestors ideal for a role that required diligent record keeping. Their home became the legislative hub of the village and will now become a portal for Huntington visitors to see what life was like centuries ago in Japan.

As you might imagine, it’s not terribly easy to move a house with this much history attached to it across an ocean. Before anything could be finalized, the Huntington had to be certain that a project of this nature and magnitude was even possible, both logistically and politically. As a first step, the institution enlisted the aid of architectural firms in both Japan and the United States to assess whether the house was in any shape to leave Marugame.

“One of the things that we wanted to verify is, can the house be moved? Is it in good enough physical condition?” says Hori. The house is made entirely from wood and issues such as dry rot and termite damage could’ve halted the project.

Besides concerns with the physical condition of the structure, the move also had bureaucratic obstacles. The Huntington had to receive approval from relevant local and prefectural officials as well as the national government of Japan. Additionally, Hori says the Huntington had to determine if the house, once transported to California, could be rebuilt in accordance with U.S. building codes. This entire process took two continuous years of negotiating and study.

As of early 2019, the process of moving the house is already underway. The first step? Tear the entire building down.

Every beam, post, and wooden structure had to be carefully disassembled and labeled, explains Hori. The team in Japan responsible for the deconstruction then inspected the pieces for structural soundness, marking any damages for repair. Large-scale drawings were also created to make sure the house could be put back together properly.

According to Hori, the assortment of posts and beams are now in a workshop in Matsuyama, the capital of Ehime Prefecture on Japan’s Shikoku Island. There, all the parts are being cleaned by hand and repaired. If a piece of the structure is unsalvageable, Hori says, a replica will be created using similar materials. The cleaning process, as he explains, is very similar to how a classic painting would be cleaned and treated. Careful attention is paid to preserving its antique quality. “You want the patina of age,” says Hori. The entire restoration process is expected to be completed by the end of 2019.

Once this process is complete, Hori says the house will be rebuilt once more in Japan to ensure the wooden joints are properly fitted. Then it will be meticulously torn down again.

At that point, the various wooden slabs, posts, and beams will be packed and shipped by boat to the Huntington. Hori likened it to receiving a model plane kit, where all the necessary parts and materials will be there for the team to rebuild in California.

Along with the house, the Huntington will also receive the home’s kura, a storehouse for the village’s rice and grain. The kura will undergo a similar process of deconstruction and restoration. The library will also be reconstructing the historical garden that surrounded the original shōya residence. The original gatehouse, which could have been used as living quarters for servants, is no longer standing, so the Huntington will build a replica.

The Huntington plans to open the structure to the public sometime around the fall of 2020, or early 2021.

The Huntington is of the most well-known independent research libraries in the United States, filled with rare books, ancient manuscripts, artwork from across the Americas and Europe, and the 120-acre botanical garden. Henry Huntington, a railroad tycoon, collected books and had them stored in a library he had built in San Marino. Huntington’s decision to create a Japanese garden to complement his collection was a response to a growing fascination in the United States with Asian culture. Some believe it was also created to impress his future wife, Arabella.

The garden is teeming with examples of traditional Japanese horticulture and even has a few other Japanese buildings. A ceremonial teahouse known as Seifu-an (the Arbor of Pure Breeze) was donated to the library by a Pasadena Buddhist temple in 2010 and a five-room Japanese house was acquired by Huntington himself in 1911. However, the house was created as a model for another garden and wasn’t designed to be livable. Now, a true historic Japanese residence will grace the garden.

When the house eventually makes its way to its new California home, visitors will be able to walk across the same floor panels as the shōyas who called the residence home for more than 100 years.

Bangladesh’s Tigers Bounce Back After a Poaching Crackdown

When Trenton's streetcars came to a halt in the 1930s, one literally found a home.
architecture

Philadelphia's 'Building Ghosts' Have a Lot to Say

Meet a duo on the hunt for remains of demolished rowhouses.
architecture

Briefly popular in the 1920s, these beautifully patterned tiles have made a comeback.
Video • AO Docs

The Fight to Save One of Dakar's Most Distinctive Markets

In a city full of French colonial influence, Marché Sandaga was built in a uniquely West African style.
Read more
Thanks for sharing!