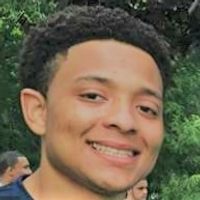 Jonathan Carey is originally from Petersburg, Virginia. He attended the Craig Newmark Graduate School of Journalism at CUNY, he studied health, science, and urban reporting.

After graduation, he began a fellowship at Audubon Magazine, and later wrote for HotNewHipHop.com (covering breaking news in sports and music, particularly hip-hop and jazz culture), Everyday Health, and New Food Economy. He also served as a Staff Writer for start-up Sentient Media, where he wrote investigative stories about animal welfare, factory farming, and the influence of big agriculture on local politics.

Jonathan is a diehard basketball and football fan, and of course a music fanatic. He is also an animal lover, none more than his dog, Bajan. And he's a huge history buff.

Stone structures beneath Bradgate House may be the real birthplace of Lady Jane Grey.

As Havana prepares to celebrate 500 years as the country’s capital, the 109-year-old site is coming back to life.

Or anything else that doesn't belong there, for that matter.

How Many People Did It Take to First Occupy Australia?

Scientists are looking deeper into how the continent's first people arrived.

The Key to Bodacious Blueberries Is a Bumper Crop of Bees

To attract them, though, it helps to have forest nearby.

And scientists are making new discoveries about them using satellite imagery.

New research shows it wasn't as gendered as once thought.

Alexander von Humboldt might have been using the wrong mountain.

Walk Through the Halls of Scotland's Lords of the Isles (Virtually)

A digital reconstruction revives a medieval seat of power.

A historic structure in Japan is making its way to California.

Found: A New Plain of Massive Stone Jars in Laos, Used to Store the Dead

The society responsible for them remains a mystery.

Without the training, equipment, and utter terror.

Deep in the Ocean’s Trenches, The Legacy of Nuclear Testing Lives

The discovery of "bomb carbon" miles below the surface shows how deep human impact goes.

You never know what you'll find when you turn over a rock.

A newly available Library of Congress collection shows the lives of an oft-overlooked minority.

A hundred years and counting of promoting childhood literacy.

A new inventory shows just how at risk these icy giants are.

Found: One of the Oldest Burial Sites in the Amazon

The discovery could change what we understand about the rainforest's ancient settlements.

It all comes down to something scientists call "ground truth."

They return to the same sunken vessels over and over again, and researchers are trying to figure out why.

Found: One of the Largest Carnivorous Land Mammals Ever, in a Museum Drawer

Despite its massive size, it had been overlooked for 40 years.

Ancient Britons had a complicated relationship with the dead.