How to Explore a Shipwreck From the Comfort of Your Couch - Atlas Obscura
Want to see fewer ads? Become a Member. 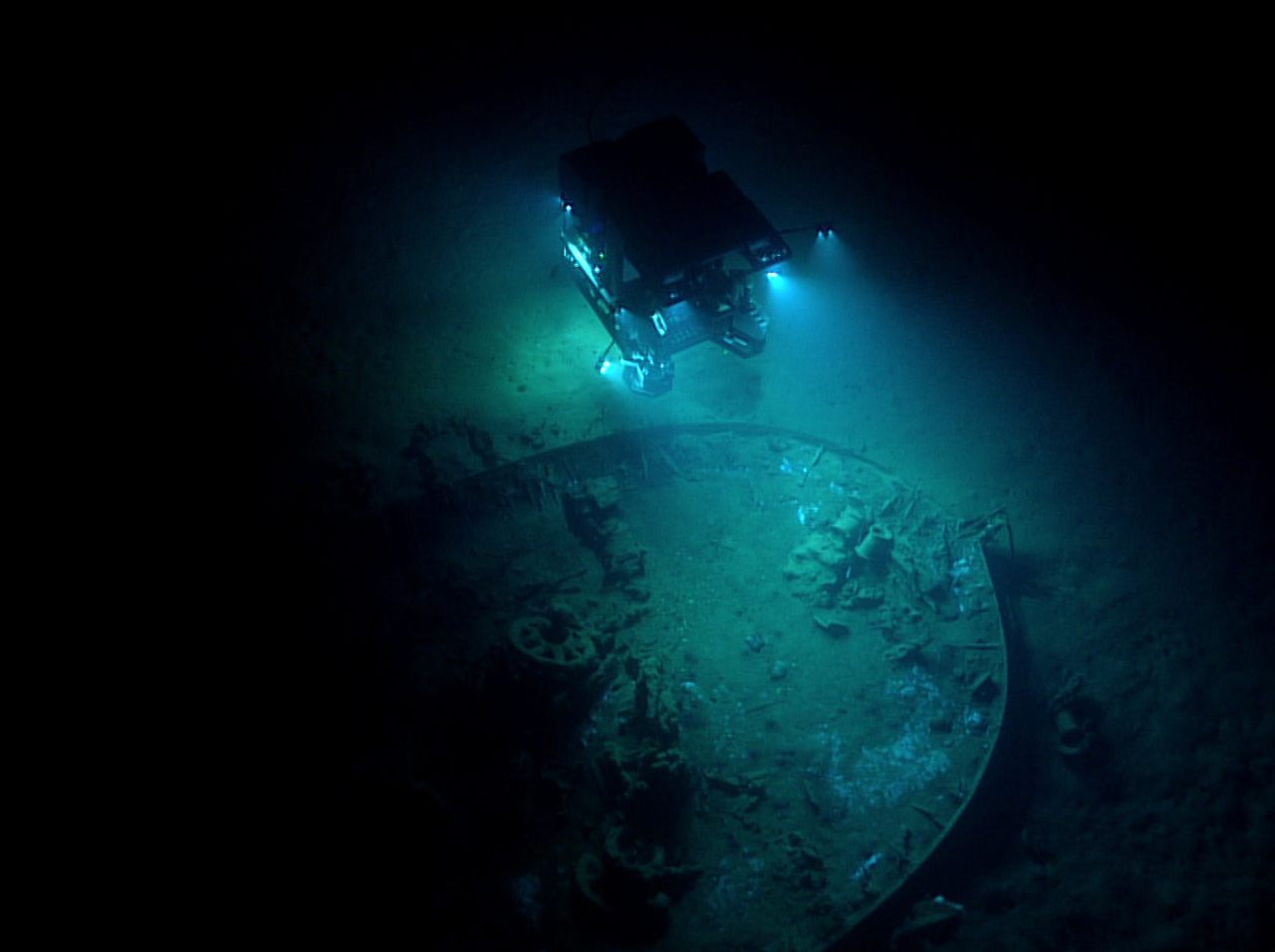 One of the Virtual Archaeology Museum's wrecks, known as 15377, has a visitor. BOEM Archaeology

For many people, the idea of strapping on diving gear, dropping off the side of a boat, and descending to explore the secrets of the ocean first-hand is more fantasy than reality. Well, now the Bureau of Ocean Energy Management (BOEM) has brought that fantasy closer to home—right into your home, in fact.

The BOEM (which manages submerged resources on the country’s continental shelves) recently launched its own Virtual Archaeology Museum, an online resource that takes visitors under the waves to explore five sunken vessels—one just off the North Carolina coast, and others in the Gulf of Mexico. The museum contains videos, virtual three-dimensional models, and mosaic maps that allow users to traverse wrecks from the 19th and 20th centuries. The wrecks were originally discovered during gas and oil exploration, and through the use of remotely operated vehicles (they are too deep for divers to visit), BOEM scientists were able to survey the ships in minute detail to create the digital models.

Users can explore the decks and hulls, but also get a look at the cargo they were carrying. Littered across the floor of the Gulf are ceramics, demijohn wine jugs, animal hides, muskets, cannons, and more. The BOEM believes that the museum serves several purposes—giving armchair wreck divers a close view, helping teachers, and acting as a resource for scientists studying wrecks or the evolution of underwater habitats. “The Virtual Archaeology Museum will serve as a valuable teaching asset in both school and university classrooms,” said BOEM Gulf of Mexico Region DirectorMike Celata, via press release, “and the data collected will be a focal point for underwater researchers, its online presence allowing collaboration worldwide.”

For all the detail now at everyone’s fingertips, there is still very little known about the ships themselves. The Blake Ridge wreck off the Carolina coast is believed to have been a small merchant vessel traveling the Gulf Stream, a common trade route. Three of the ships—known as the Monterrey wrecks—are more mysterious. It’s believed that all three went under at the same time because of how close together they ended up on the seafloor. The ship known as Monterrey A was equipped with a cannon mounted on a pivot carriage, suggesting it was a heavily armed privateer vessel. B and C, on the other hand, have the design of merchant vessels. Perhaps they were being escorted by the site A ship, or were captured by pirates aboard that ship before they all fell victim to a storm.

They could be related to the famous, ill-fated "Vasa."
shipwrecks

This slave trade is well known to historians, but this is the first known wreck from it.
shipwrecks

The Dominican Republic's fifth Living Museum in the Sea has just opened.
Video • Object of Intrigue